Last month the U.S. Patent Office published four major Head Mounted Display patent applications from Apple. These four patent pending inventions (one, two, three and four) in my view represented the patents of the decade for Apple. Collectively the patents covered a mixed reality headset that could be used in autonomous vehicles, as a desktop replacement or a next-gen mobile computer, capable of working with 3D documents, deliver exceptional first-person gaming and virtual reality experiences using a special predictive and foveated display.

Apple notes in their patent filing that virtual reality (VR) allows users to experience and/or interact with an immersive artificial environment, such that the user feels as if they were physically in that environment. For example, virtual reality systems may display stereoscopic scenes (3D scenes) to users in order to create an illusion of depth, and a computer may adjust the scene content in real-time to provide the illusion of the user moving within the scene.

When the user views images through a virtual reality system, the user may feel as if they are moving within the scenes from a first-person point of view. Similarly, mixed reality (MR) combines computer generated information (referred to as virtual content) with real world images or a real world view to augment, or add content to, a user's view of the world.

An eye tracker is a device for estimating eye positions and eye movement. Eye tracking systems have been used in research on the visual system, in psychology, psycholinguistics, marketing, and as input devices for human-computer interaction. In the latter application, typically the intersection of a person's point of gaze with a desktop monitor is considered.

A VR/AR device such as a headset, helmet, goggles, or glasses (referred to in their patent filing as a head-mounted display (HMD)) is described that includes a display (e.g., left and right displays) for displaying frames including left and right images in front of a user's eyes to thus provide 3D virtual views to the user. The HMD may include left and right optical lenses (referred to herein as eyepieces) located between the display and the user's eyes. The eyepieces form a virtual image of the displayed content at a design distance which is typically close to optical infinity of the eyepieces. 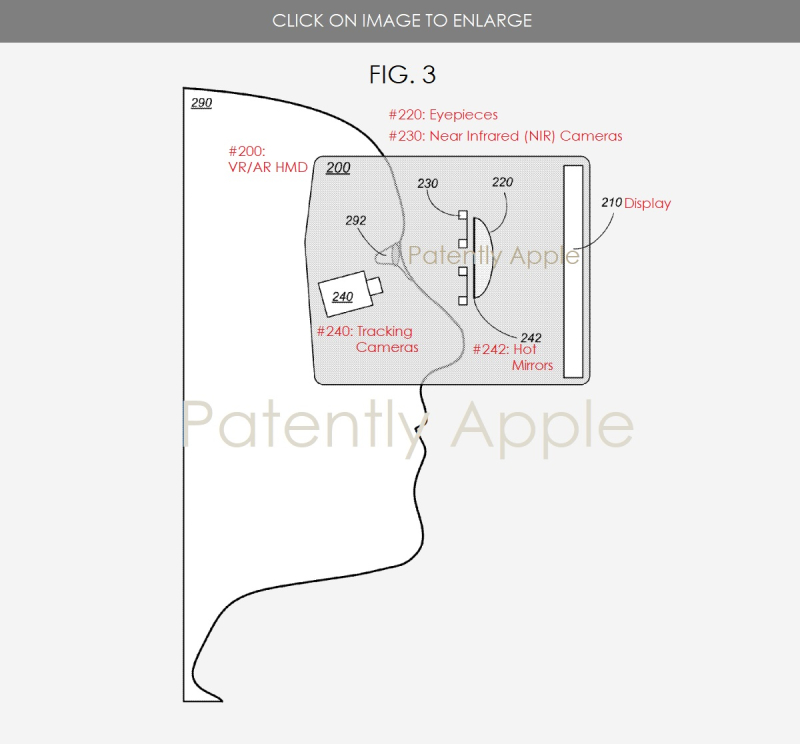 Images captured by the eye tracking system may be analyzed to detect position and movements of the user's eyes, or to detect other information about the eyes such as pupil dilation. For example, the point of gaze on the display estimated from the eye tracking images may enable gaze-based interaction with content shown on the near-eye display of the HMD. Other applications may include, but are not limited to, creation of eye image animations used for avatars in a VR/AR environment. 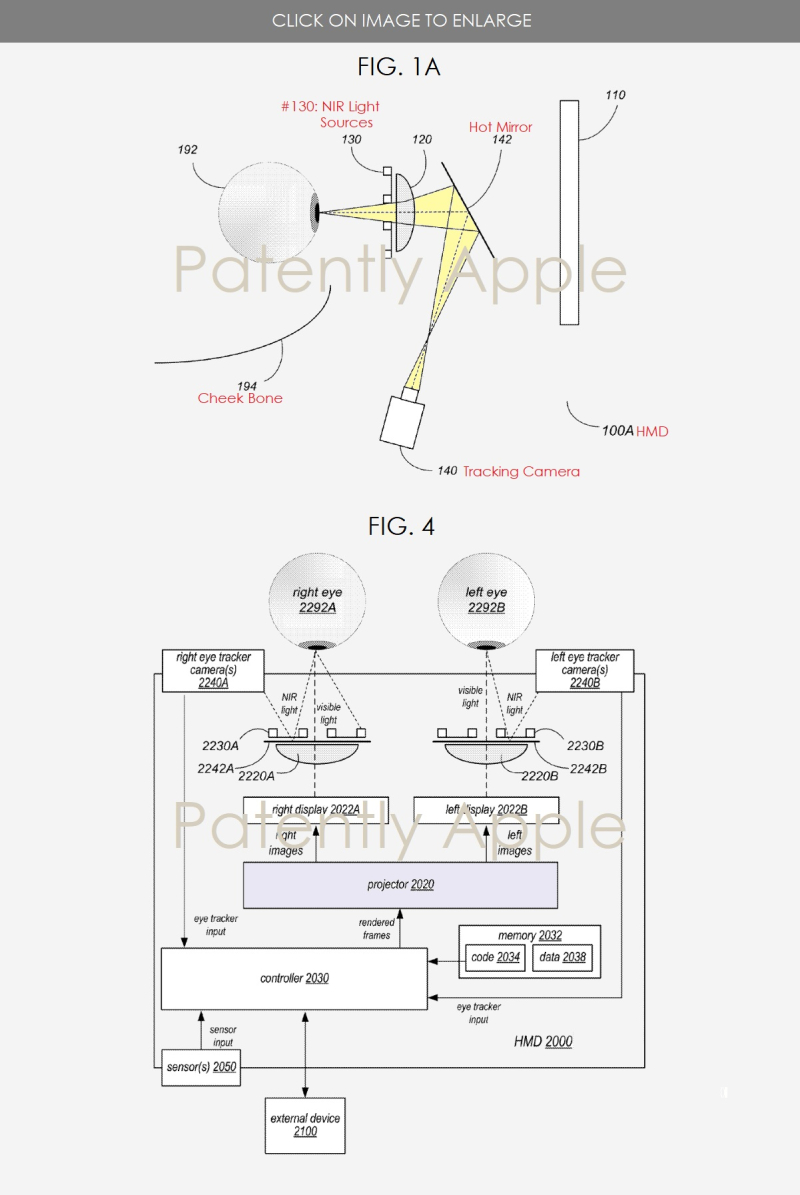 In some embodiments, Apple's HMD may also include one or more interfaces (e.g., a Bluetooth technology interface, USB interface, etc.) configured to communicate with an external device via a wired or wireless connection. In some embodiments, at least a part of the functionality described for the controller may be implemented by the external device which could be any type of computing system or computing device, such as a desktop computer, MacBook, iPad, iPhone, game controller and more.

A Few of the Engineers behind this Invention

Patently Apple presents a detailed summary of patent applications with associated graphics for journalistic news purposes as each such patent application is revealed by the U.S. Patent & Trade Office. Readers are cautioned that the full text of patent application should be read in its entirety for full and accurate details. About Making Comments on our Site: Patently Apple reserves the right to post, dismiss or edit any comments. Those using abusive language or negative behavior will result in being blacklisted on Disqus.