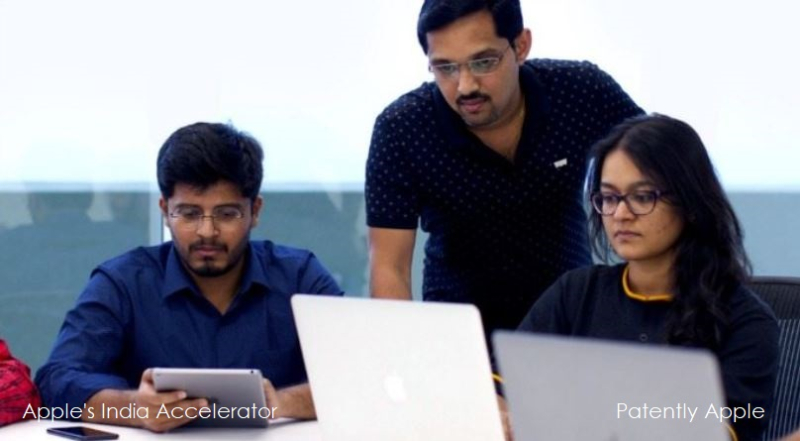 Apple's accelerator initiative, which Chief Executive Officer Tim Cook announced in a high-profile India visit in 2016, invites select developers every week for tutoring and modules on fast-track app development. In rooms painted in Apple's signature all-white, professionals share the latest technology in sessions ranging from a day to two weeks. In one story we learn of a young Swift programmer by the name Ashwat Prassanna. It may not be a common example, but it's impressive.

For his seventh birthday, Ashwat Prasanna's parents gave him a MacBook. Three years and one Apple boot camp later, his free measurement-converter app, Quickvert, has been downloaded more than 1,000 times on the App Store.

Ashwat, who often skips cartoons to code, is among thousands who've passed through the company's App Accelerator in the Indian tech hub of Bangalore over the past year. In several sessions over two days, engineers and designers showed him how to write sleeker code for an app that translates units of measurement, such as Celsius temperatures to Fahrenheit and vice versa. 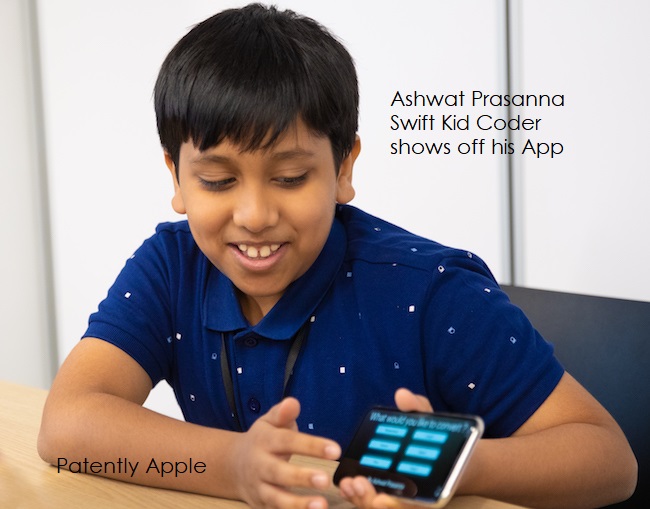 Ashwat added that "The uncles here taught me to build a better user interface." By choosing Ashwat's app as one of a handful of accelerator projects to showcase, Apple is showing India's most junior developers it wants to help smooth their way to the App Store.

In the U.S., the company already has sought to build lifelong ties to designers by pitching high schoolers and community college students to work with its streamlined app-coding language, Swift.

In India, the world's fastest-growing smartphone market and the second-biggest behind China, Android dominates. Of the 125 million smartphones Indians bought last year, about 3.2 million were iPhones—almost all the rest were powered by Google's operating system.

Obviously Apple is taking a long view of the Indian market and building new flagship stores in the coming years will go a long way to begin winning the middle class in their larger cities.

This year Apple may begin selling the iPhone 6s in India and finally be able to compete with other smartphones with larger displays which are popular in India. Yet with Android's chokehold on India, it's going to be a struggle for Apple to get into the top five smartphones in the near future. For more on this story, check out Bloomberg's report here.

While we're on the topic of Android phones dominating the Indian market, It's being report today by Canalys and Counterpoint that for Q1 2018, Xiaomi overtook Samsung and is now the #1 smartphone. The spectacular rise in the Indian market has been a stunning development. 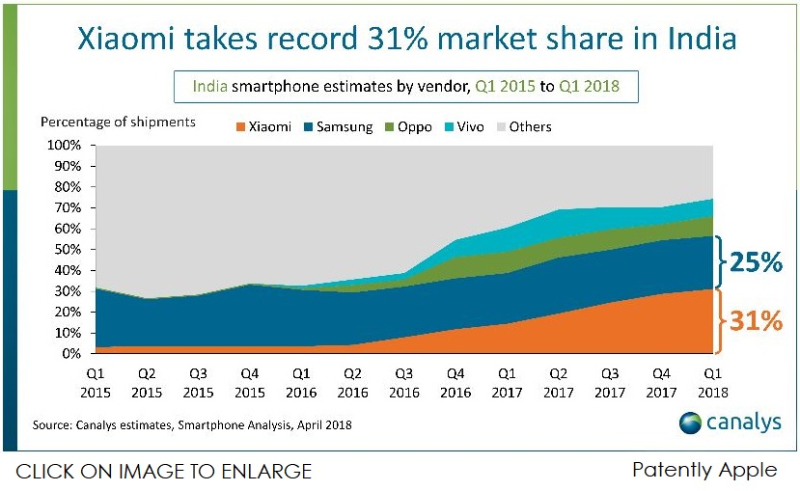 Xiaomi has shown no signs of slowing down in India. The Chinese smartphone vendor registered an impressive 155% annual shipment growth, taking the lead in a smartphone market that is growing yet rapidly consolidating. Xiaomi shipped over 9 million units, giving it a market share of just over 31%, the highest ever for a vendor since Q1 2014, when Samsung had a share of 33%. Xiaomi also continued to widen the gap between itself and Samsung. The Korean vendor shipped just under 7.5 million smartphones, growing by 24% on last year. Oppo took third place with 2.8 million shipments, and Vivo fourth with 2.1 million shipments. Overall, the smartphone market in India grew at 8% to 29.5 million units for the quarter.