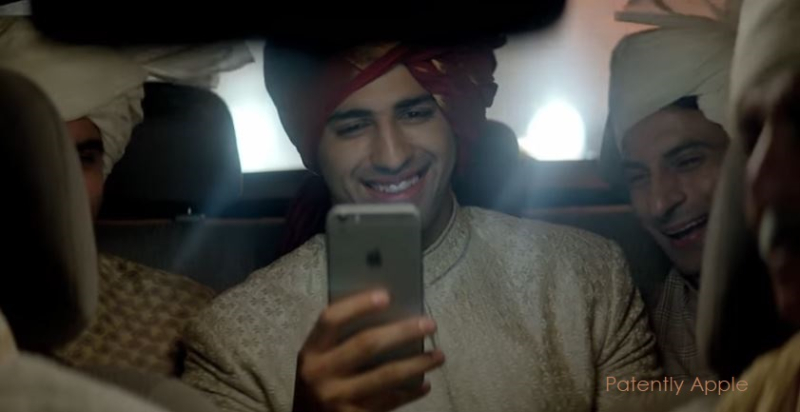 In a new Indian report, Apple grew its India net profit for the year ended March 2017 by 44% according to Apple's latest regulatory filings made to the Registrar of Companies (RoC). Apple India's total income grew by 17%.

ET Telecom reported that Apple India's pace of sales growth, however, came down significantly from 40%-plus it had reported for previous five years.

Analysts believe Apple will maintain its pace of profit growth in India due to highly profitable models in its portfolio, despite Chinese brands increasing their share to a record 57% of the total Indian smartphone market in the just concluded fiscal, up from 53% a year earlier, according to Counterpoint Research.

Analysts say Apple India's sales growth will remain comparatively low in 2017-18 due to higher competition, with Chinese brand One-Plus gaining significant share in the premium segment and due to higher base effect.

Counterpoint's associate director Tarun Pathak stated that "The financial performance for Apple India in the last fiscal will not be much different with one of the highest profitable models in the portfolio. Their installed base and average selling price too are going up in India.

In Q4 2017, Apple's iPhone X and iPhone 7 Captured 47% of the Premium Smartphone segment in India. However, in the just concluded Jan-March quarter, Apple lost its leadership status in the premium segment to Samsung that captured half of the total market with its new launches. The premium market is dominated by Samsung, Apple and OnePlus who took 95% of that segment. 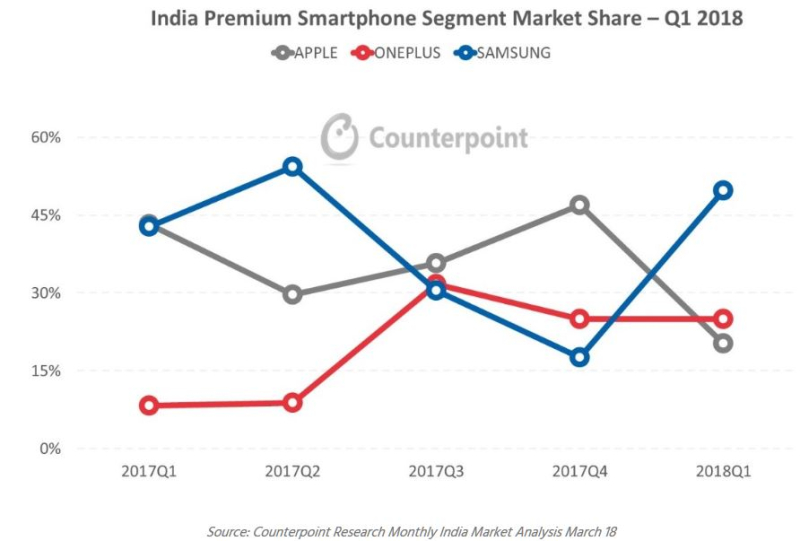 Counterpoint further noted that "Apple's share in the premium segment dipped as the volumes dipped by a massive 55% due to decline in shipments for its iPhone 8 and X series. Additionally, the increase in import duty on CBUs to 20% during the quarter, led to increase in prices of already expensive iPhones."

Counterpoint's Smartphone market share in India for Q1 2018 shows that Apple is clearly below 3.4% in India and relegated to the "others" category.

Things could pick up for Apple later this year as we reported earlier this month that Wistron had reportedly begun a Trial Run of the iPhone 6s Plus and could begin full production in May. This will be Apple's first iPhone model in India with a 5" display made in India and could make a larger dent in the India market.

The fact that Apple makes more profit per smartphone than any other vendor in India isn't going to impress a single Indian consumer. Yet with Apple bringing in the iPhone 6s later this year and over time new flagship Apple Stores, Indians will have more reason to get excited about the Apple brand.

To be sure, India is a long term target market for Apple and they have no interest is bombarding the Indian market with profitless phones like Xiaomi is doing for the sake of gaining cheap market share and meaningless news headlines.