The U.S. Patent and Trademark Office officially published a series of 52 newly granted patents for Apple Inc. today. In this particular report we briefly cover an Apple Watch display table for Apple Stores that have a lot of smarts. We also cover a granted patent that goes deep covering 10 earbud assemblies for music to watching movies. Apple was also granted a patent for their magnetics based iPad cover, an Apple Watch Band and more. We wrap up this week's granted patent report with our traditional listing of the remaining granted patents that were issued to Apple today.

Apple's newly granted patent 9,954,386 covers their invention relating to their Apple Watch table found in Apple Stores. While it may look like a simple wooden display table, Apple's engineers and designers added many features most consumers would never even guess were present, like audio sensors, a security system, temperature sensors, light sensors and more.

Apple's patent FIG. 1 below shows a top perspective view of the Apple Watch table; FIG. 4 shows a schematic representation of a display system. 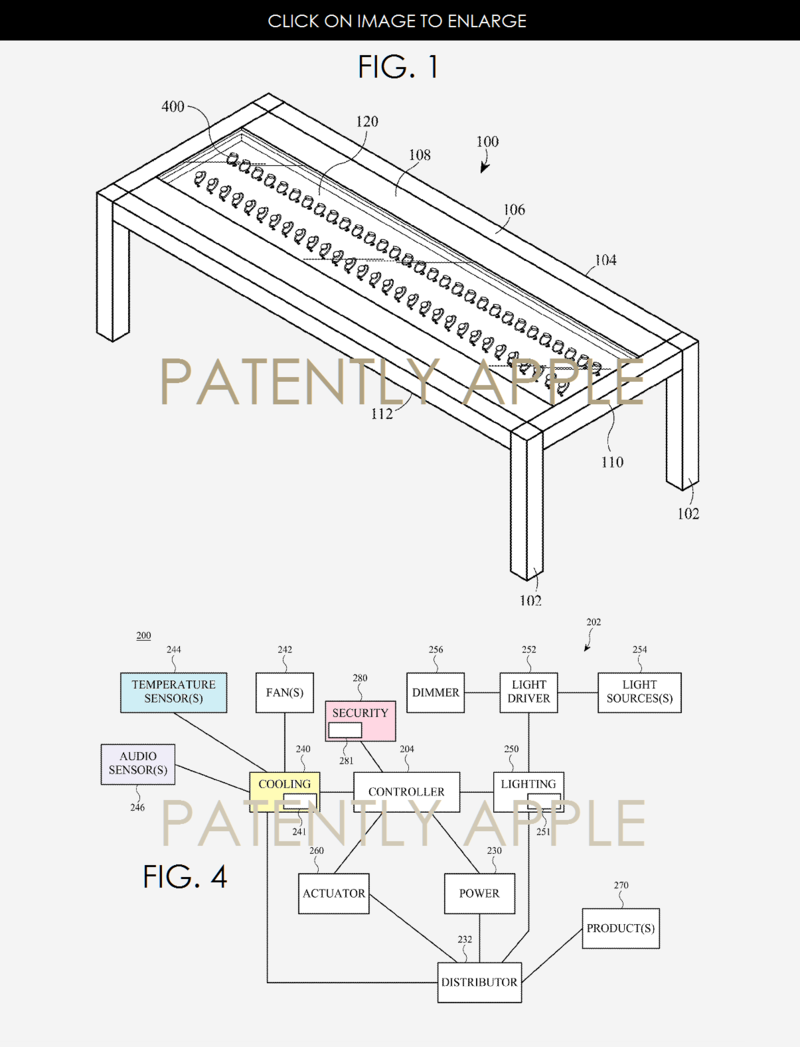 You could review our original patent application report on this invention here that provides you with more details. According to another Apple patent application, Apple is working on adding new features to the table down the road, including adding wireless charging described in this 2016 report.

Whether listening to sound from a portable media player while traveling or from a theater system while at home, consumers often use headphones rather than open air loudspeakers to do so – especially if they live in an apartment where neighbors don't appreciate their taste in loud music and action films. Apple's newly granted patent 9,955,247 covers internal components for headphone eartips. Apple details their invention with 34 patent figures describing 10 different assemblies. Who knew that there's so much engineering in a tiny earbud? 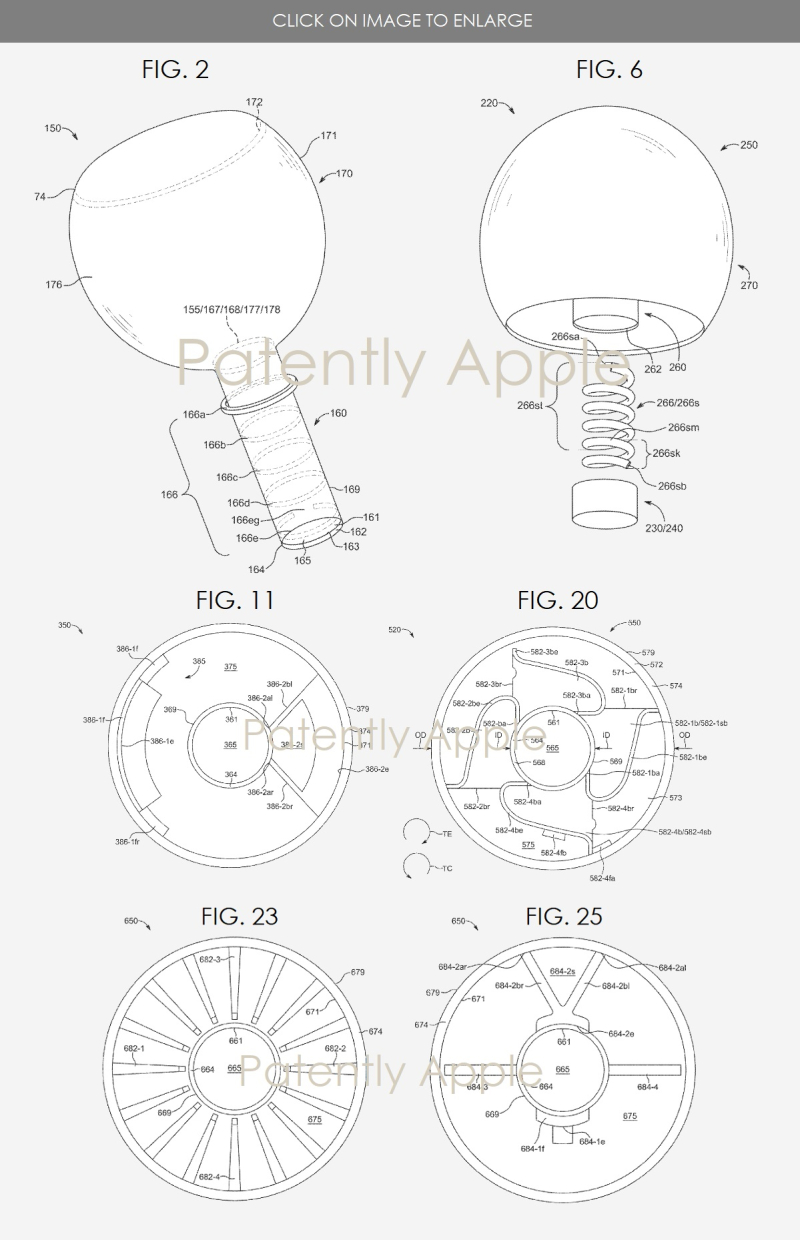 Apple's granted patent was originally filed in Q3 2016 and published today by the US Patent and Trademark Office. For the curious, click here to review Apple's 10 detailed earbud configurations.

Apple was also granted a patent for their iPod cover that uses magnets and another for Apple Watch Clasp mechanisms. Below is a figure from design patent D815,972 for an Apple Watch band. It appears to be the sports Loop Band. 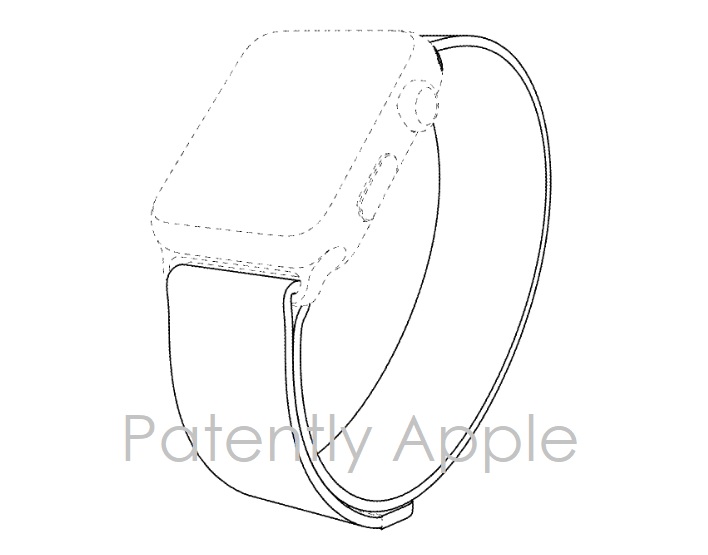 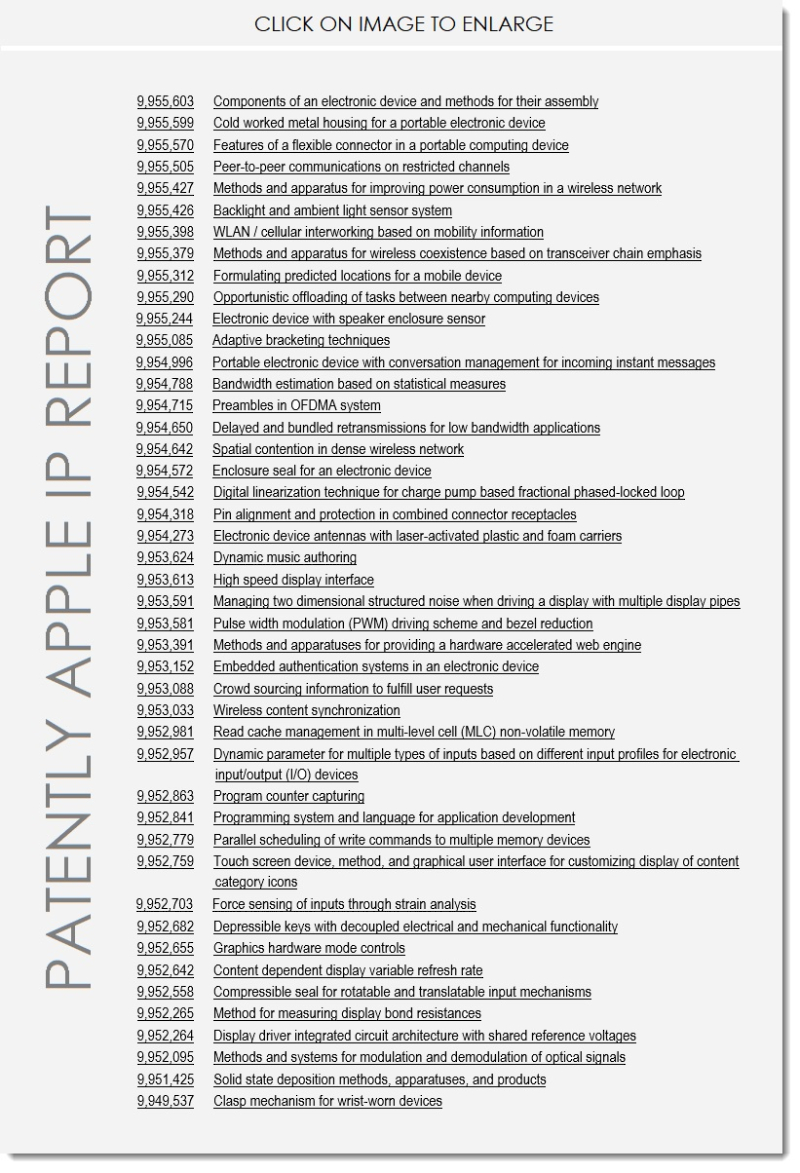