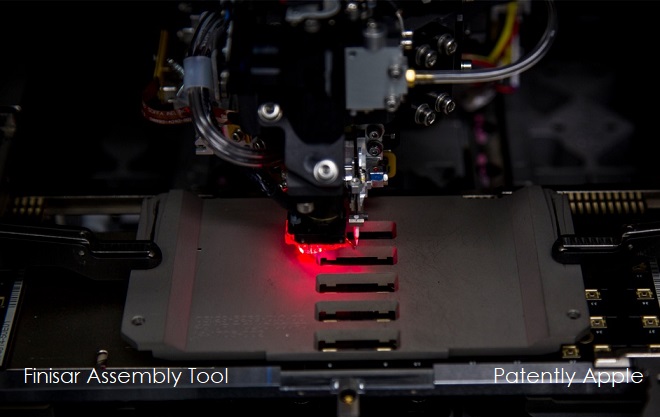 Patently Apple posted a report in December titled "Apple Details their Finisar Investment while revealing they're the Largest Customer of VCSEL Wafers in the World," followed by a report in March titled "Apple Supplier Finisar, maker of VCSEL lasers for Face ID & Gesture Recognition, Aims to have Texas Plant up by October." To ensure that Apple's TrueDepth camera delivering true 3D facial recognition is able to extend to new models this year, Apple has secured the supply of the technology needed.

Today we're learning that the world's first Android-based smartphone with 3D facial recognition technology is unlikely to hit the market until the third quarter of 2018 due to insufficient capability to integrate related hardware and software at 3D sensing solution providers.

While the 3D sensing module jointly developed by Qualcomm, Himax Technologies and Truly Opto-electronics is believed to be the most mature 3D sensing solution currently available in the market, the limit of using only Qualcomm's Snapdragon 845 CPU in the module has deterred the top-five Android phone makers, with the exception of Xiaomi Technology, from using this module for their high-end models.

Samsung Electronics and Huawei obviously do not want to use Qualcomm's chips on their high-end models, and instead both plan to develop their own 3D algorithms. Therefore, the two vendors will not be the first Android phone makers to launch models with 3D sensing technology.

The report further noted that "for the sake of using its own AI chips or acceleration unit, while controlling algorithms by itself, Samsung is unlikely to launch smartphones with 3D sensing until 2019." That's a bold call considering that Samsung's next-gen Note smartphone will debut in August. Will they miss that cycle too?

The report further noted that "Although Huawei has gathered its internal laboratories, HiSilicon Technologies and third-party developers to develop related algorithms and other solutions to integrate hardware and software products, it failed to incorporate 3D sensors into its latest flagship P20 series products.

Xiaomi originally planned to launch a high-end model, generally believed to be the Xiaomi Mi 7, that will be powered by a Snapdragon 845 chip packed with a 3D sensing in the first half of 2018. However, such a plan is likely to be delayed to the third quarter of 2018 due to a low successful rate for facial recognition caused by slow adjustment processes of related software at Qualcomm."

If Xiaomi could pull that off, they'll be able further grab market share away from Samsung in China and India.

For now, Apple is the clear 3D facial recognition leader that will extend their Face ID feature to more iPhone models later this year - hopefully on 7nm processors.