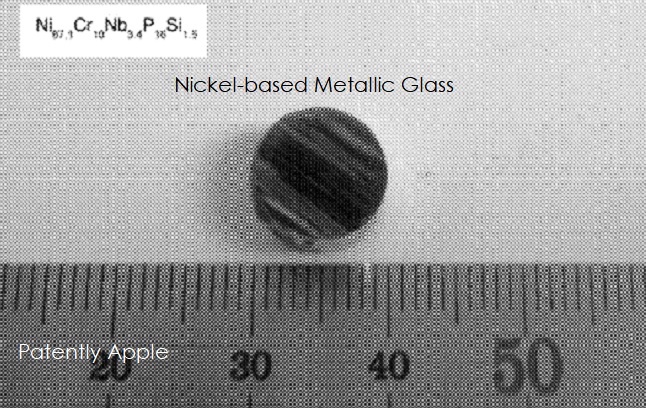 The U.S. Patent and Trademark Office officially published a series of 49 newly granted patents for Apple Inc. today. In this particular report we cover Apple's "Robust Magnetic Connector" for MagSafe 2 and beyond, along with an invention for nickel-based metallic glass that may be used for future devices and/or device parts. 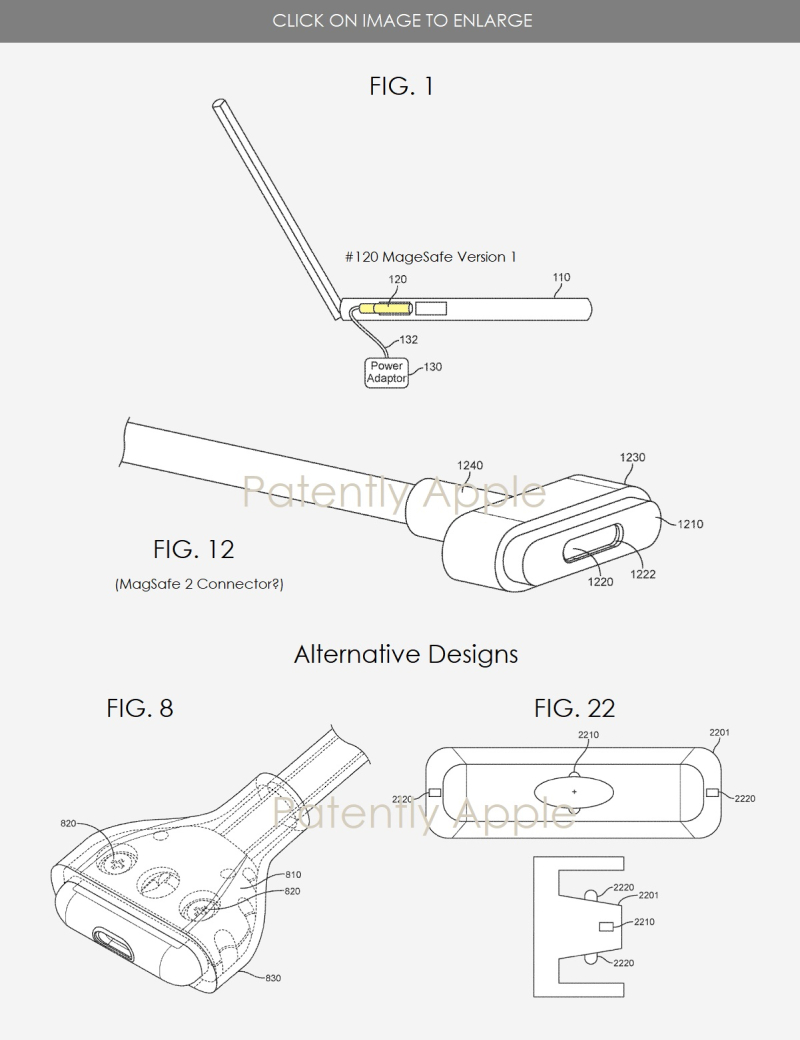 Apple's patent FIG. 2 appears to be close to the improved MagSafe 2 design.

Alternative MagSafe Re-designs: FIGS. 8 and 22 below appear to be alternative designs to MagSafe 2 which was introduced in 2012. Apple's granted patent offers yet other designs that you could check for yourself by clicking on the link to the patent.

Apple's patent FIG. 8 noted above illustrates a top view of a connector insert according to an embodiment of the present invention. In this example, top piece #810 has been fixed to the connector insert using fasteners #820. An over-mold #830, which may be soft plastic or other material, is placed over the connector insert to provide electrical isolation and a surface that may be handled by a user.

Apple's granted patent 9,923,290 was originally filed in Q3 2016 and published today by the US Patent and Trademark Office.

As with all of Apple's liquid metal patents, Apple's Glassimetal patents provide a general blanket of what products their glassy materials could be found in the future which includes the following:

The metallic glasses described [in the invention] can be valuable in the fabrication of electronic devices. An electronic device herein can refer to any electronic device known in the art. For example, it can be a telephone, such as a mobile phone, and a landline phone, or any communication device, such as a smart phone, including, for example an iPhone, and an electronic email sending/receiving device. It can be a part of a display, such as a digital display, a TV monitor, an electronic-book reader, a portable web-browser (e.g., iPad), and a computer monitor. It can also be an entertainment device, including a portable DVD player, conventional DVD player, Blue-Ray disk player, video game console, music player, such as a portable music player (e.g., iPod.), etc. It can also be a part of a device that provides control, such as controlling the streaming of images, videos, sounds (e.g., Apple TV), or it can be a remote control for an electronic device. It can be a part of a computer or its accessories, such as the hard drive tower housing or casing, laptop housing, laptop keyboard, laptop track pad, desktop keyboard, mouse, and speaker. The article can also be applied to a device such as a watch or a clock. 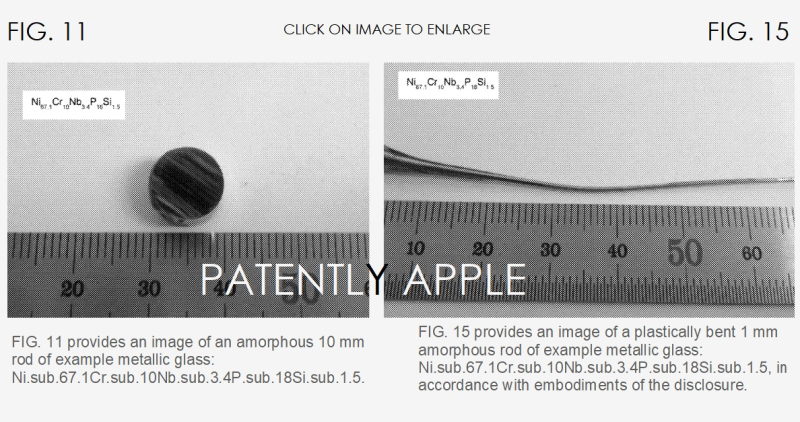 Apple's granted patent 9,920,400 was originally filed in Q4 2014 and published today by the US Patent and Trademark Office.

One: Apple Won 49 Patents Today Covering an iPhone with a Liquid Metal Wraparound Display, an Advanced Apple Pencil and more

Two: Apple Granted another Augment Reality Patent that supports the use of Future Smartglasses