Home Archives Contact Us Subscribe Twitter Facebook MeWe Parler Patently Mobile
The Foxconn Industrial Internet IPO has been Given Fast-Track Approval from the Chinese Government
Intel considers bid for Broadcom, as fears grow that Apple may have sway over the Broadcom deal

On Friday China's Hong Kong Patent Office officially granted Apple 6 sets of iPhone X design patents. Each of the patent sets consists of 6 images each. Apple's first iPhone X design patent numbered "1701799. 3M001" noted below protects the entire iPhone X design including its backside dual lens camera and its face side TrueDepth Camera area or "notch". The remaining patents protect various individual aspects of the iPhone X design to ensure that every detail of the design is legally protected.

Unlike "patent applications," design patents that are published by the U.S. or any foreign Patent and Trademark Office don't reveal pertinent information about a particular design. All we get are simple patent figures as those presented below. 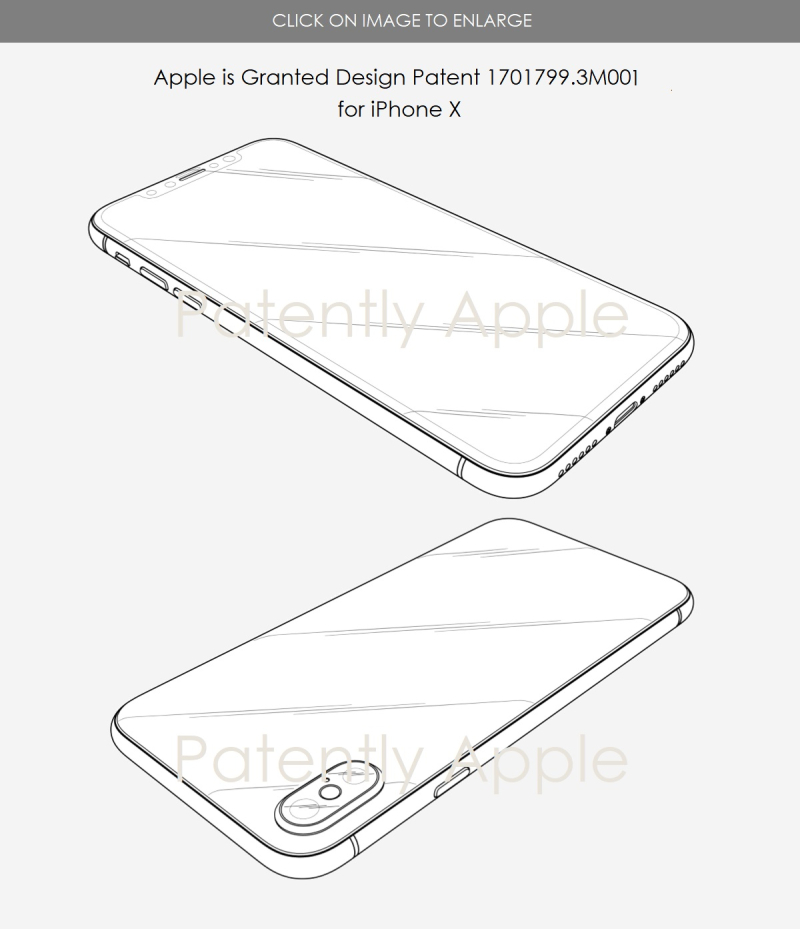 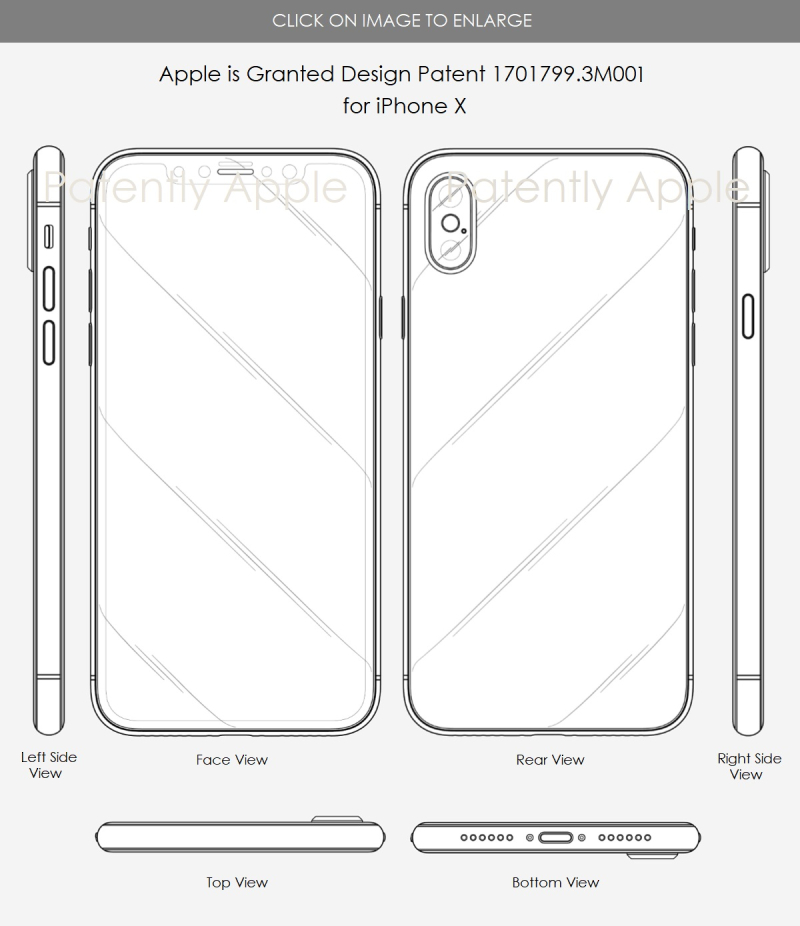 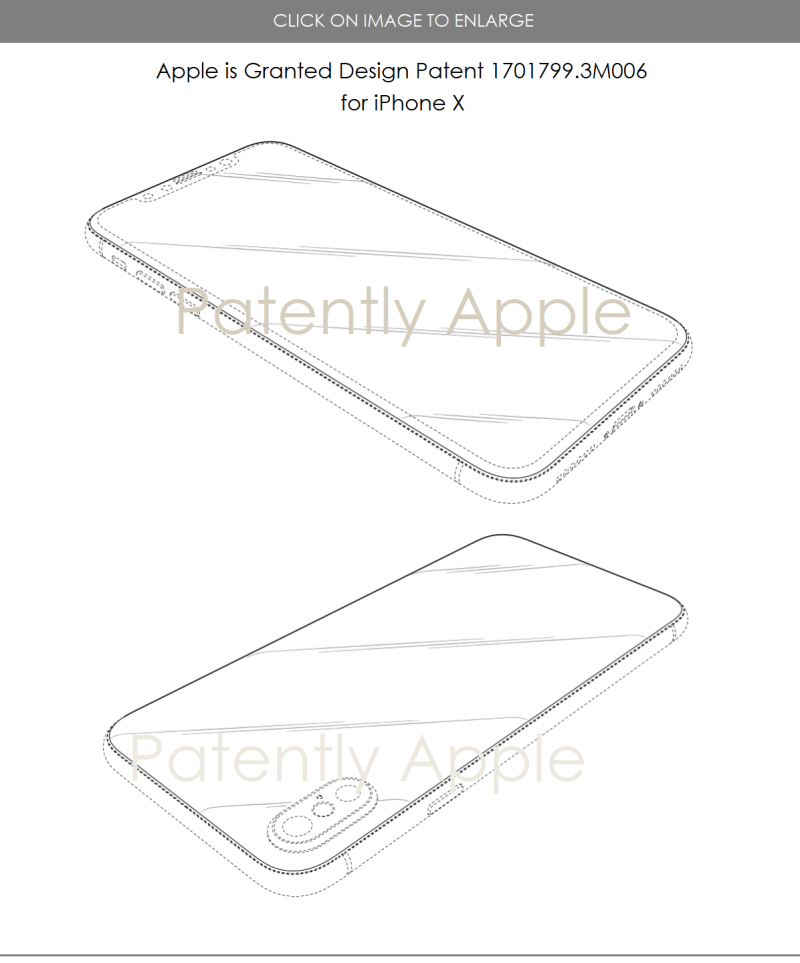 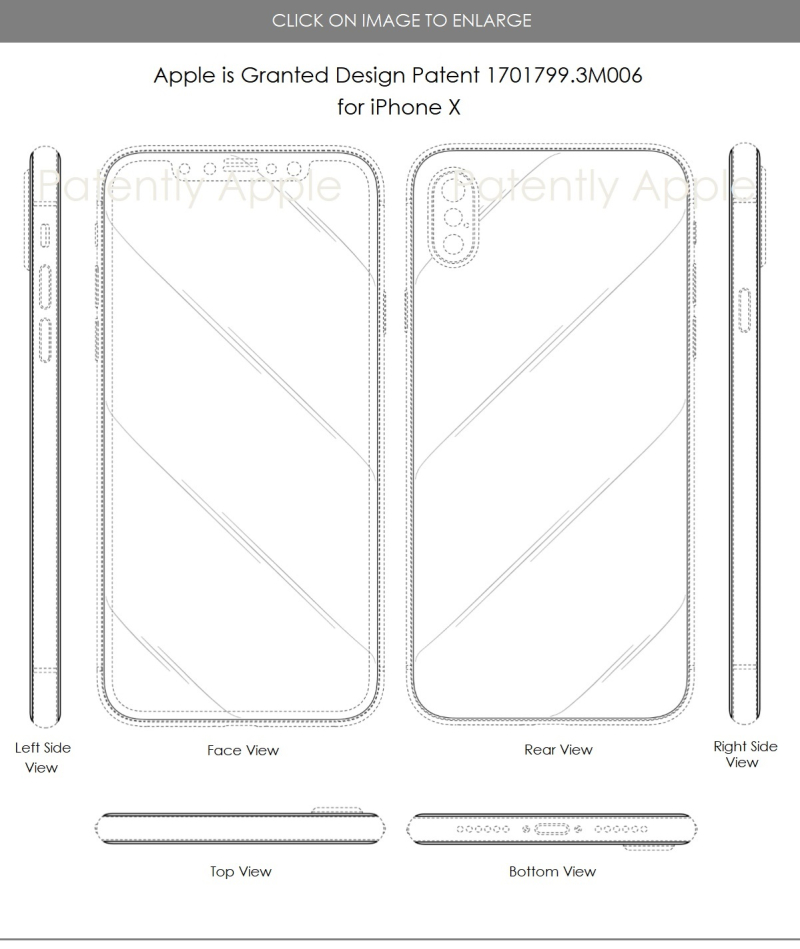 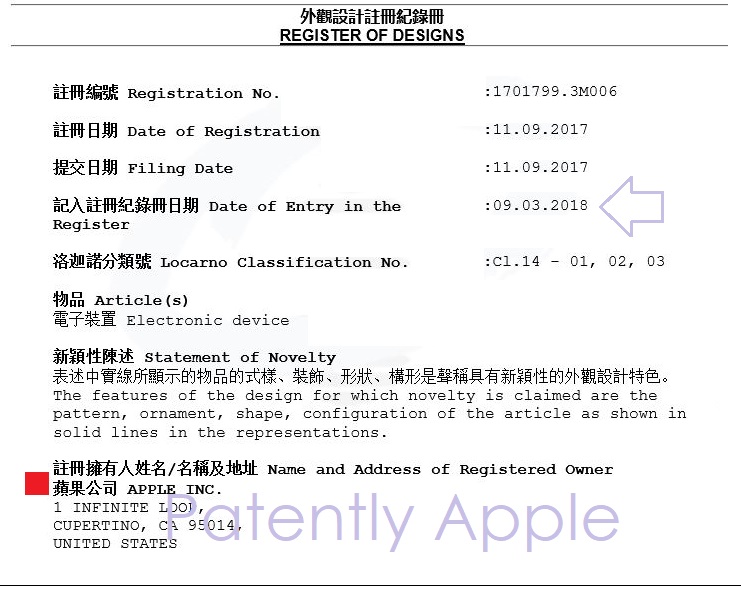 Overview of the 6 Hong Kong Designs 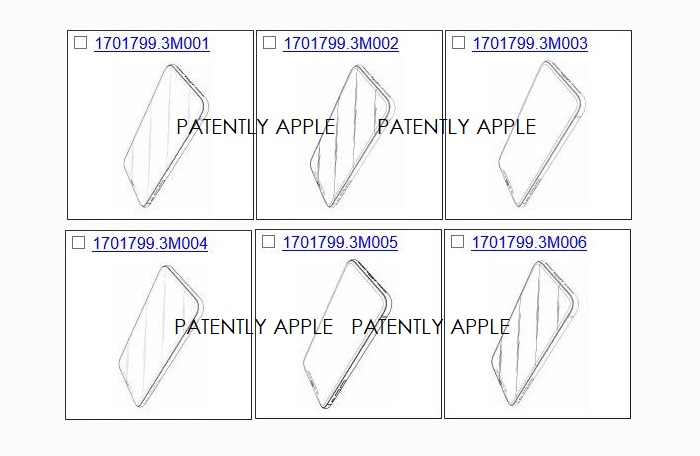 Clearly the Apple community is split on the face side iPhone X notch design. Apple competitors are thinking of introducing a reduced notch design in future smartphones such as LG and Oppo.

Samsung, the copycat queen, copied Apple's 3D face camera for facial recognition and Emoji AR on their new Galaxy S9 but dodged the camera notch altogether knowing it had a market stigma attached to it.

While Apple may officially drop the notch in the years ahead or simply reduce it dramatically, for now it's here to stay and Apple has gained 7 design patents for it its current form factor in this quarter alone.