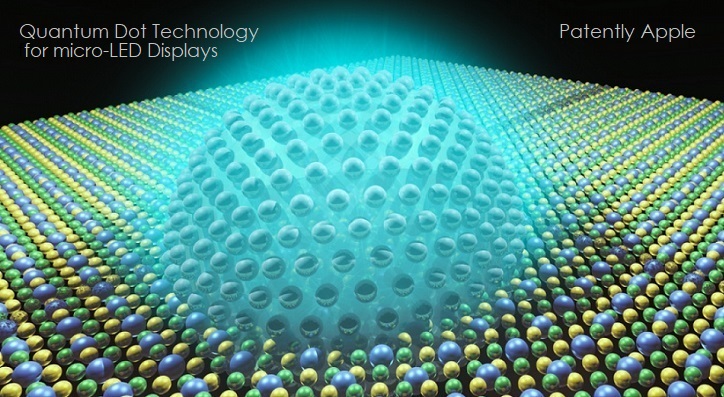 Patently Apple has been covering Apple's work on micro-LEDs for some time now. Apple's patents have shown that one of their display teams have worked on micro-LEDs with Quantum dot technology and in context with next-gen AR smartglasses; another Apple display team revealed their work in another patent for micro-LEDs in context with a possible future iPhone that uses liquid metal as a shape memory alloy in a folding iPhone form factor; yet another patent shows Apple's engineers working on a micro-LED display that uses 'smart-pixel' technology. More importantly, we reported back in November that Apple was working with TSMC on a micro-LED project to enhance manufacturing of future micro-LED displays which up to this point has been very difficult to reach mass production status.

We're now learning that "Apple Inc. is designing and producing its own device displays for the first time, using a secret manufacturing facility near its California headquarters to make small numbers of the screens for testing purposes, according to people familiar with the situation. 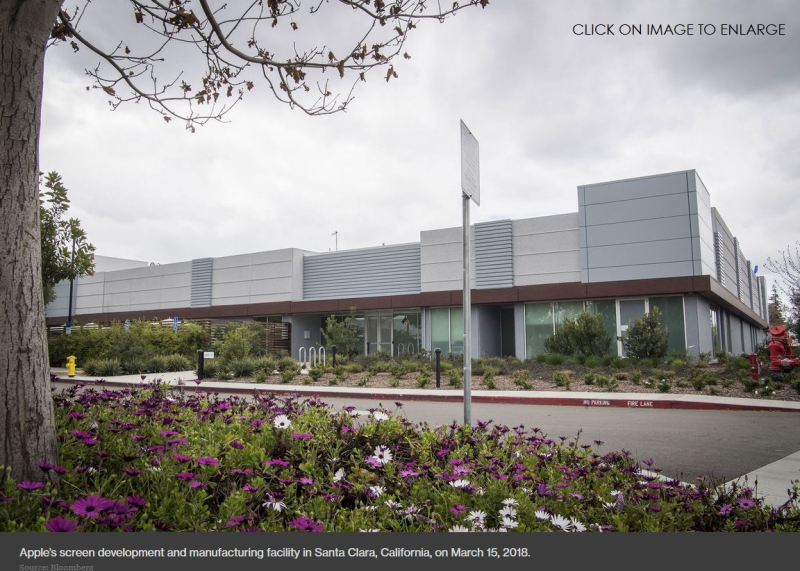 The screens are far more difficult to produce than OLED displays, and the company almost killed the project a year or so ago, the people say. Engineers have since been making progress and the technology is now at an advanced stage, they say, though consumers will probably have to wait a few years before seeing the results." Apple's possible solution to get around this difficulty was covered in a report that was linked to in our opening paragraph.

The report further noted that "Apple's possible move into displays has the long-term potential to hurt a range of suppliers, from screen makers like Samsung Electronics Co., Japan Display Inc., Sharp Corp. and LG Display Co. to companies like Synaptics Inc. that produce chip-screen interfaces. It may also hurt Universal Display Corp., a leading developer of OLED technology.

Display makers in Asia fell after Bloomberg News reported the plans. Japan Display dropped as much as 4.4 percent, Sharp tumbled as much as 3.3 percent and Samsung slid 1.4 percent.

Controlling Micro-LED technology would help Apple stand out in a maturing smartphone market and outgun rivals like Samsung that have been able to tout superior screens. Ray Soneira, who runs screen tester DisplayMate Technologies, says bringing the design in-house is a 'golden opportunity' for Apple. 'Everyone can buy an OLED or LCD screen," he says. 'But Apple could own Micro-LED.'

None of this will be easy. Mass producing the new screens will require new manufacturing equipment. By the time the technology is ready, something else might have supplanted it." In fact one of Apple's display teams are researching the use of 8K liquid-crystal-on-silicon display for use with a head-mounted display. Apple's patent came to light in late February.

Ultimately, Apple will likely outsource production of its new screen technology to minimize the risk of hurting its bottom line with manufacturing snafus. The California facility is too small for mass-production, but the company wants to keep the proprietary technology away from its partners as long as possible, one of the sources said and added that ''We put a lot of money into the facility. It's big enough to get through the engineering builds and lets us keep everything in-house during the development stages."

This is the same approach Apple takes with their Bionic A11 Chip as revealed by their SVP of Hardware Technologies Johny Scrouji back in November. The discovery of Apple's secret display plant doesn't confirm that the displays are ready for market at this time. For more on this, read the full Bloomberg report here.