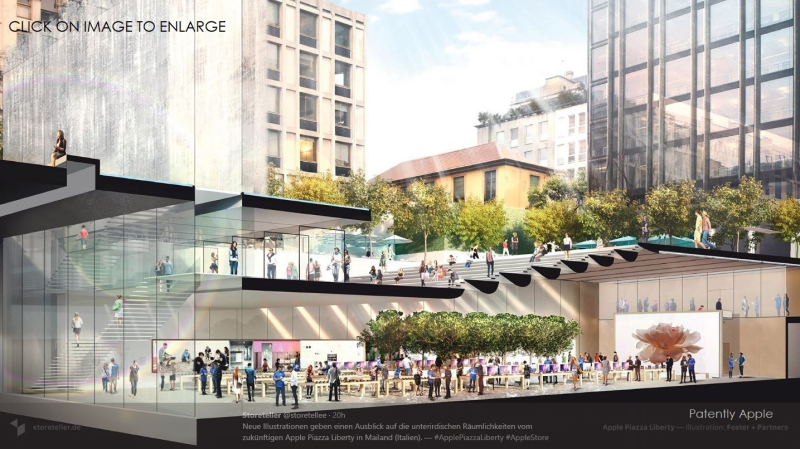 In January 2017 Patently Apple reported on one of Apple's most advanced stores was coming to Milan Italy. New illustrations surfaced back in November providing us with clearer conceptual drawings that better detailed the scope of the store and its fantastic amphitheater with a massive screen for playing movies and showing events on the roof of the store that's actually at ground level. 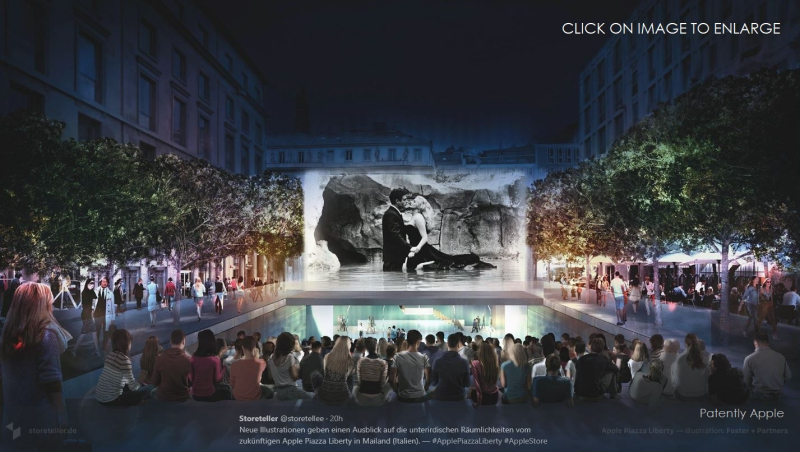 Late yesterday the first photos surfaced showing us that this great store is now under construction. While it's unknown if the new store will be ready for this summer, it's pretty clear that Apple's new store will be a major tourist attraction in Milan whenever it's fully operational. 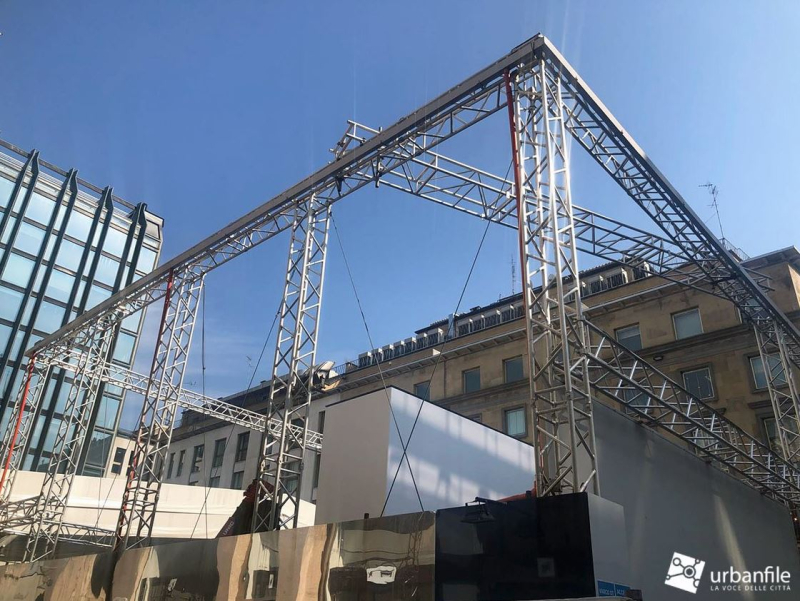 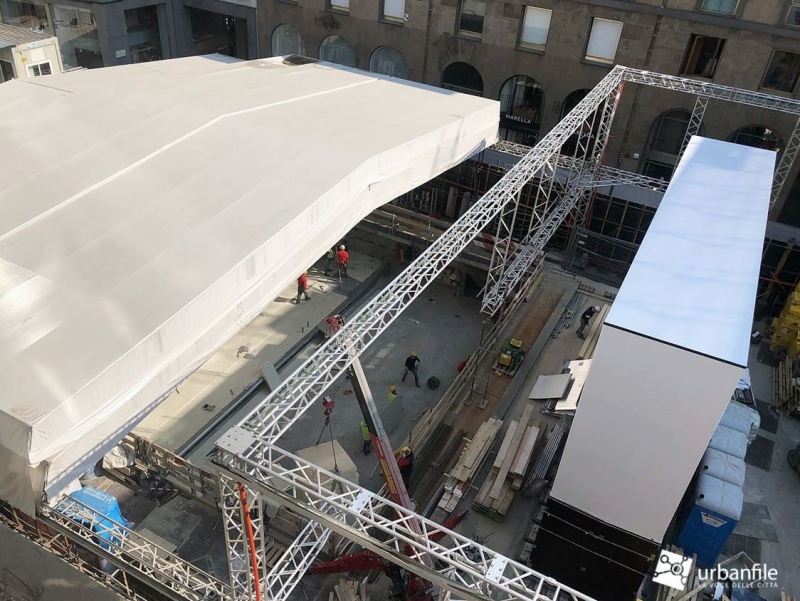 The new photos were posted by Storeteller in Germany late yesterday.