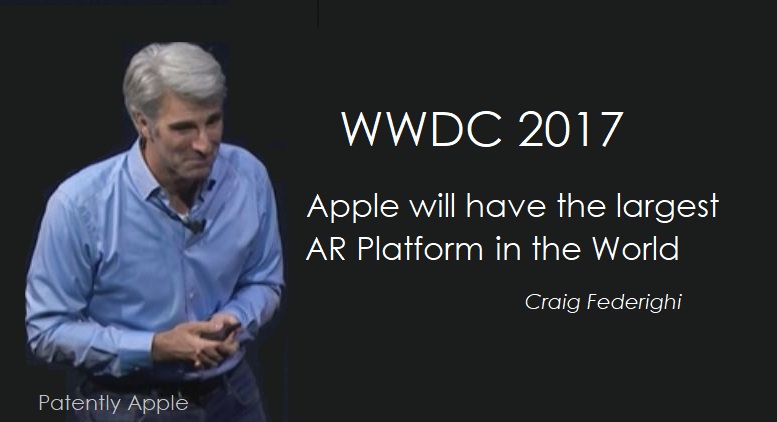 During Apple's WWDC event last June, Craig Federighi boldly stated that "Apple will have the largest AR Platform in the world!" So how well has Apple done with AR Apps thus far? Since September 19, 2017 there have been more than 13 million ARKit based app downloads, according to Sensor Store Intelligence. The SensorTower blog presented a series of statistical charts and the first one, as presented below, covers the ARKit-only downloads worldwide from Sept. 18, 2017 through to March 05, 2018 The downloads, according to SensorTower, have been heavily concentrated around a few key App Store categories, including Games, Utilities, and Lifestyle.

In addition to this, the report put together top 10 rankings of the most downloaded free and paid ARKit-only apps and games, along with the highest grossing offerings so far in this growing space. 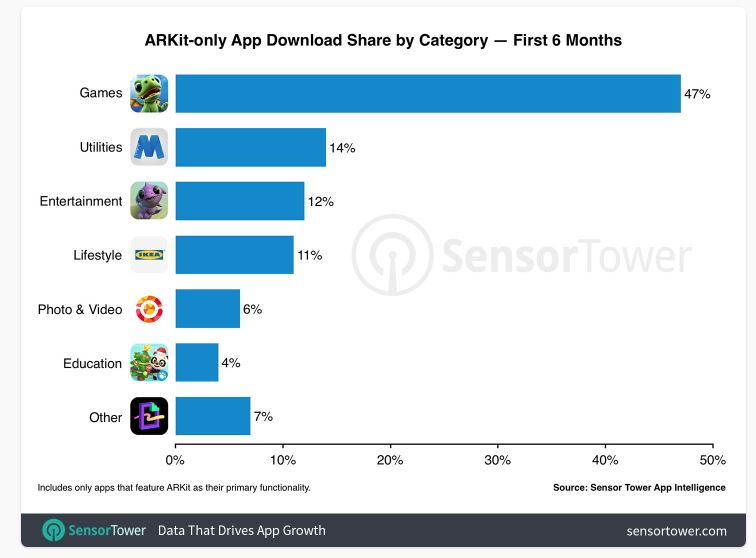 Apple's early lead in Augmented Reality had Google scrambling to look like they were in the game. They killed off their useless "Project Tango" and renamed it ARCore, closer to Apple's ARKit branding. That's what copycats do.

Google noted last week that they released ARCore 1.0 in a mad effort to catch up with Apple's ARKit success and this week they published ARCore 1.1.

For now it's crystal clear that Apple surprised the market by introducing ARKit to the world last year and they're off to a great start with over 13 million downloads in just the first 6 months. The first SensorTower chart presented above shows us that the trajectory of ARKit app downloads will easily double if not triple over the next 6 months putting Google into panic mode to catch up.