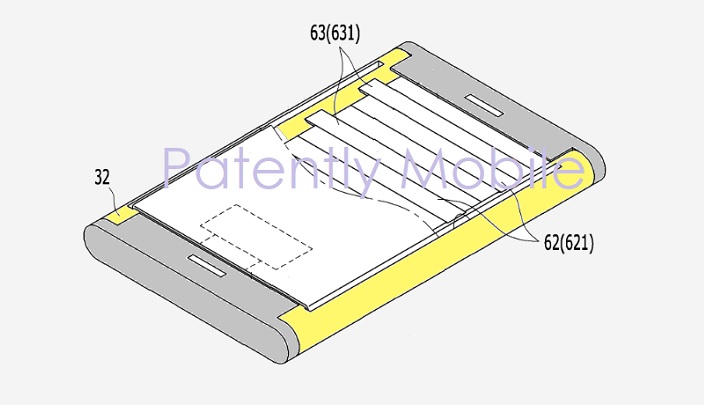 Last week the U.S. Patent & Trademark Office published a patent application from Samsung that reveals a twist on their past scrollable device patents that we covered here and here. One of Samsung's latest patents centers on a traditional smartphone body that could greatly expand its display to watch wide screen content by simply pulling out both the right and left retractable sides as noted below in Patent figure 2. 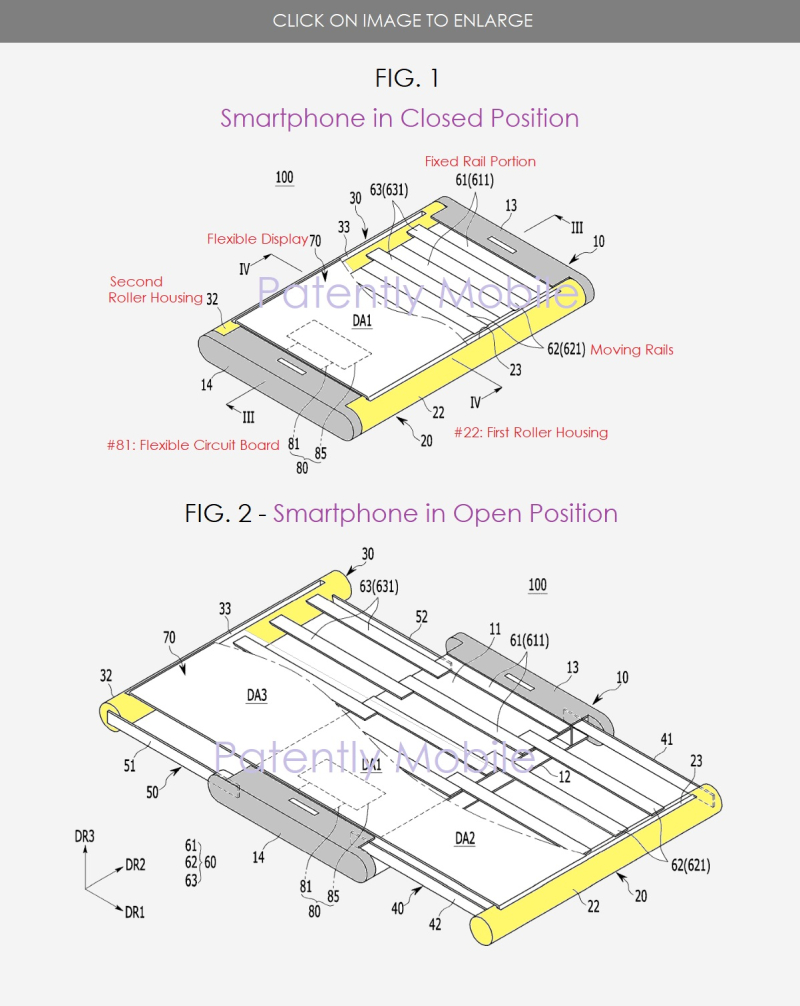 As you're able to see in Samsung's patent FIG. 2 above, there's a fixed display in the center of the smartphone noted as D1 that's present in FIG. 1 as well. Once the smartphone's display is expanded, the user will have two extra display portions noted above as Displays DA2 and DA3.

This type of smartphone could accommodate viewing home videos, movies, widescreen TV and playing games. The tradeoff would appear to be that the smartphone would have to be thicker than most premium smartphones today.

If coming 5G networks are available to consumers at reasonable prices over the next few years, then this specialty style of Mobile TV smartphone for viewing wide screen content could be a market hit.

Of course there are a lot of ifs associated with such a design unit, especially if a user is constantly shifting between standard smartphone mode and Mobile TV mode.

While Samsung gets a thumbs-up for an original concept, it's still just a patent at this point and time and Samsung prints out patents like a printing machine out of control.

And yet I have to say that it's one of their most original designs in some time and why I'm posting this report … just in case it ever gets the green light.

Samsung filed their U.S. patent application back in July 2017 and it was made public last week by the U.S. Patent and Trademark Office. Considering that this is a patent application, the timing of such a product to market is unknown at this time.

Patently Apple presents a detailed summary of patent applications with associated graphics for journalistic news purposes as each such patent application is revealed by the U.S. Patent & Trade Office. Readers are cautioned that the full text of any patent application should be read in its entirety for full and accurate details. About Posting Comments: Patently Mobile reserves the right to post, dismiss or edit any comments. Those using abusive language or behavior will result in being blacklisted on Disqus.