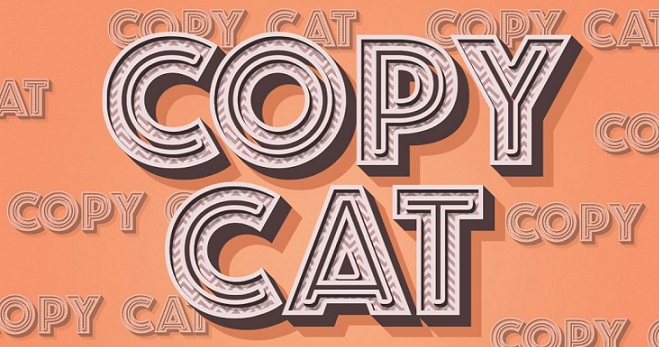 Patently Apple has posted a number of reports over the years about Samsung loving to copy Apple's new ideas whatever they are (e.g. one, two). Now Samsung's mobile chief is going one step further. Beyond copying physical iPhone features, Samsung is now even trying to copy Apple's long standing business philosophy.

Going all the way back to 2013 I mocked those who put value on "volume" of shipments over product profits as a measure of leadership. Even with strong new Chinese smartphone leaders like Huawei, Oppo, Vivo and Xiaomi in play, Apple's profits for iPhones ended up slightly more than all of their competitors combined during the 2017 holiday quarter. That may change over time, but it's been Apple's true strength for many, many years.

While Samsung began to preach profit over volume-shipments way back in 2015, they fell back to their old habits very quickly like an addict and focused back on what they knew Wall Street loves: Volume shipments. Yet now that Samsung can't even get on the top five smartphone list of OEMs in China, they're now rotating back to wanting to refocus on profits because they can't count on volume-shipping like they once did. Of course Apple has stood on profit as a philosophy ever since the iPhone launched and it helped them rise and be the top tech company on the planet.

When it comes to being first with a new product category, Apple's CEO told the UK Independent last year that "We don't give a rat's about being first, we want to be the best, and give people a great experience." Now that Samsung is falling behind more of their competitors, especially in China, Samsung is adopting (copying) Apple's philosophy.

After the launch of their new Galaxy S9, Koh Dong-jin, head of Samsung Electronics' mobile business stated in a press conference that it aims to be more committed to developing new meaningful products, rather than being the first in everything. Hmm, where did we hear that before?

The Korean report noted that "the tech giant had so far been obsessed with being the first to roll out new technology, but that will change now."

Koh noted that "We developed mobile phones earlier than Chinese firms, and we were obsessed with being the world's first and industry's first, rather than thinking about how this innovation could be meaningful to consumers. Being the first is no longer important today, and our strategy is to launch something that consumers believe is meaningful and valuable at the right time." Hmm, where did we hear that before?

Samsung's mobile chief was responding to questions on the company's roadmap for hardware innovation amid comparison with Samsung's Chinese rivals in the fields of in-display fingerprint sensors and foldable displays. Koh confirmed that Samsung would launch phones with such technologies when it is fully ready.

Of course it's embarrassing for Samsung to have lost out to a Chinese competitor because they've been working on foldable smartphones for years, well ahead of the competition as seen in our Patently Mobile Samsung Archives.

The Korean tech report further noted that "Koh had said at the Galaxy Note 8 launch even last year that foldable smartphones would be launched in 2018. However, the tech giant is reportedly facing technological difficulties for commercializing them.

So instead of foldable phones, Samsung will introduce its first artificial intelligence-based speaker in the second half of the year, according to Koh: "Again, with the AI speaker, we will launch it when it's ready with top-notch quality, because we are a newcomer in the market." Samsung has been working on the product with its affiliate Harman International Industries, which it acquired last year.

"Samsung's AI speaker will be more than speaking to a machine and listening to music," Koh said and added that "The speaker will not be a single hub, but be one of the many platforms such as TV, refrigerator and other appliances that form a true Internet of Things environment."

The upgraded version of its assistant Bixby 2.0, meanwhile, will be launched on the Galaxy Note 9 this summer, he disclosed.

What iPhone features will Samsung copy next? We'll just have to wait and see what Apple introduces later this fall and then see it copied in Samsung's Galaxy S10 (or whatever they call it) in February 2019. Unless Samsung changes course, it'll be that simple.