Rumor: Apple may Drop the OLED iPhone Notch in 2019 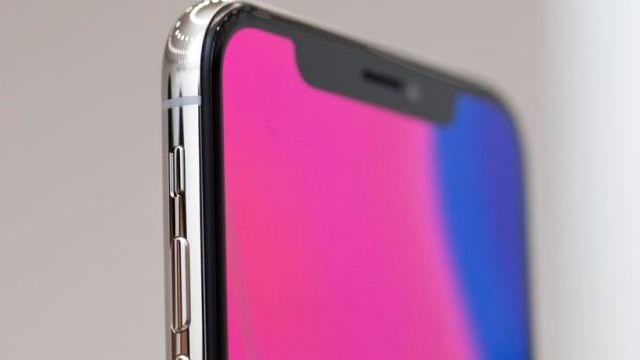 The notch in the OLED display of the iPhone X has been controversial. The results from a quick poll by 9to5Mac in September (see below) showed us that a little over a third of their fan base thought the notch was a clear-cut design flaw. AppleInsider fans hated it even more with 43% disapproving. While there's been rumors of Apple competitors copying the iPhone X notch, a report this week by The Next Web titled "Android devices should skip the iPhone X notch, not embrace it," opined that copying Apple's oddball workaround would be lazy, unnecessary and reeked of the trend-whorishness that plagues the Android device ecosystem. This business isn't easy, but that doesn't warrant missteps that take us a step back in progress." 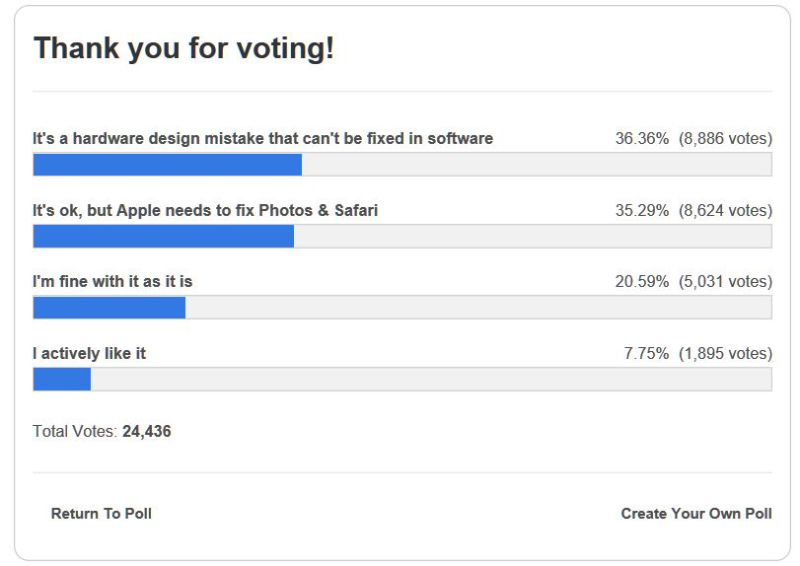 Today a new rumor covered by several Korean tech sites says that Apple may drop the notch in 2019. The report notes that "Apple decided to get rid of the 'notch' design.

It's interesting from a standpoint that Apple is looking for another strategy that will differentiate itself when Chinese Smartphone manufacturers are imitating and applying a notch design to their new Smartphones.

According to supply chain sources, Apple is preparing a new display without a notch design for their new iPhones. This new display will be based on OLED and it is heard that it will be applied to new iPhones that will be released in 2019.

One source stated that 'Apple decided to get rid of notch design starting from 2019 models and is having discussions with relevant companies. It seems that Apple is planning to implement full-screen that is more complete to its new iPhones.'"

The ETNews report further noted that "Specifications such as size, resolution, and shape of a new display have not been confirmed yet. However by looking at the current direction of development, it is likely that this new display will be a rectangular display that will completely fill the front of new iPhones.

If the front of new iPhones is completely filled with new displays, there are not much space to place receiver or front-camera. It is heard that Apple will keep its face recognition technology called 'Face ID' for 2019 models. As a result, industries are interested on how Apple will be able to place receiver, front-camera, and Face ID feature and implement full-screen at the same time. Some display industries think that Apple will either drill holes into OLED panels or use BM (Black Matrix) area within displays."

Either this rumor is wishful thinking or Apple's own market research is telling them that half of their base won't make the leap to the notch design and rather choose a less expensive iPhone in the future which is counter productive. What are your thoughts on this? Send in your comments below.