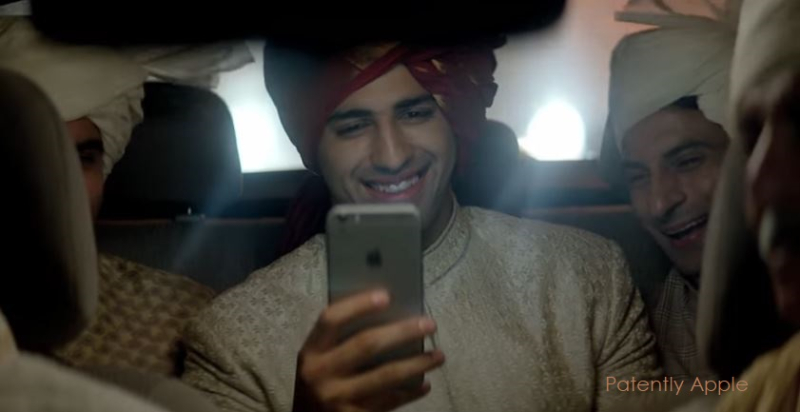 At the end of January Patently Apple posted a reported that Apple's iPhone X and iPhone 7 captured 47% of the premium smartphone segment in India. Though considering that Apple only holds 2 to 3% of the Indian market overall, it's not much to get excited about at the moment. Yet with that said, a new report posted this morning out of India states that the number of iPhones in their country will cross the 10 million market this year, putting them into the 11th position.

In perspective, Samsung has 120 million and Xiaomi has 28 million and coming on strong. Though considering that the average price of a smartphone in that country is only costing about US$155 (10,000 India Rupees), Apple is doing fairly well being that they don't participate in that price range for any iPhone.

The Economic Times report further noted that "At the end of 2017 there were 8.9 million iPhone users in India and CyberMedia Research analyst Faisal Kawoosa thinks that should Apple decide to go aggressive with its assembly plans in India, the milestone would be achieved sooner through the year as that would give Apple entry into mid-premium Smartphone market through SE and other earlier versions of the iPhone."

Earlier this month Patently Apple posted a report about Wistron getting the green light from the Indian government to build a larger iPhone assembly plant which could Apple into a position to sell more targeted models of iPhones for the Indian market.

In January we also reported that the Indian Government finally announced that "global brands" would be able to open retail stores without any red tape in 2018. This will likely put Apple Store planning into high gear.

Last summer Apple let it be known that they were planning a massive Apple Store at around 10,000 to 15,000 square feet or roughly double the size of other global stores.

The report further noted that "More specifically, the India publication states that Apple has signed non-disclosure agreement with various stakeholders regarding the store plans for 2020-2021. Interestingly it was revealed that Apple only plans on 4 or 5 flagship stores limited to metros over the next 5 to 10 years. The idea is that the stores will be massive and so beautiful that they'll be considered must-see tourist attractions."

In contrast Xioami plans to open 100 smaller stores over the next two years with the goal of overtaking Samsung as the #1 smartphone in India.

When it comes to the Indian market, Apple is patiently pacing their game plan for the long term as the middle class grows, an economic class that could afford to purchase Apple's premium products.