Home Archives Contact Us Subscribe Twitter MeWe Facebook Patently Mobile
After months of Rumors, Iovine is fading from running Apple Music to being a mere 'Consultant'
The First Class Action against Facebook over the Cambridge Analytica Data Breach was filed in San Jose California 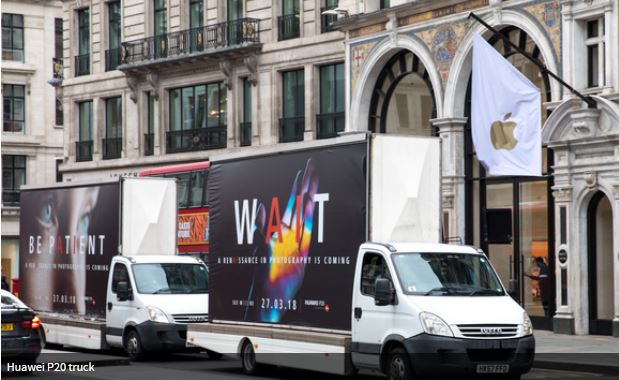 With Huawei being the number three smartphone vendor in the world and being denied entry into the U.S. to challenge their rivals in the most important market in the world, Huawei decided to get a little cocky and drive flatbed trucks around Apple and Samsung stores in the UK with a clear message of "Wait" – their new smartphone launches on March 27th. It's an in-your-face stunt that I'm sure their fans love but will likely have zero affect against Apple fans anywhere in the world. Our cover graphic was found in a report posted by the UK's Inquirer. 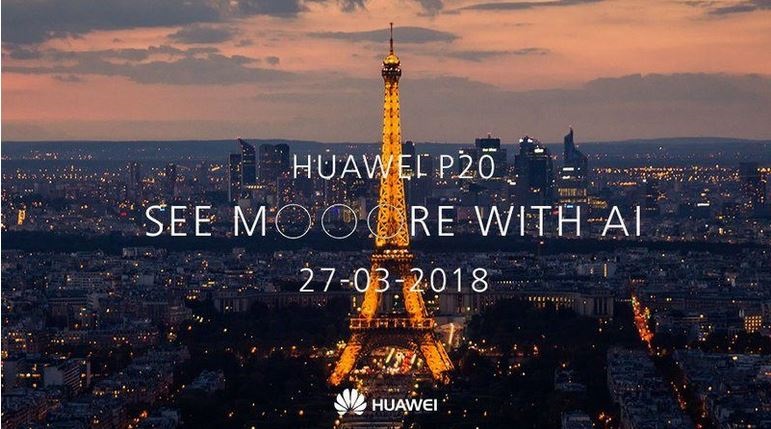 The official ad for the new Huawei P20 states "See MOOORE with AI" with the three O's representing Huawei's new phone coming with 3 lenses vs 2 lenses on iPhone and Galaxy smartphones. Beyond the three lenses, as noted below, the smartphone is rumored to have a much smaller notch than Apple's iPhone X. 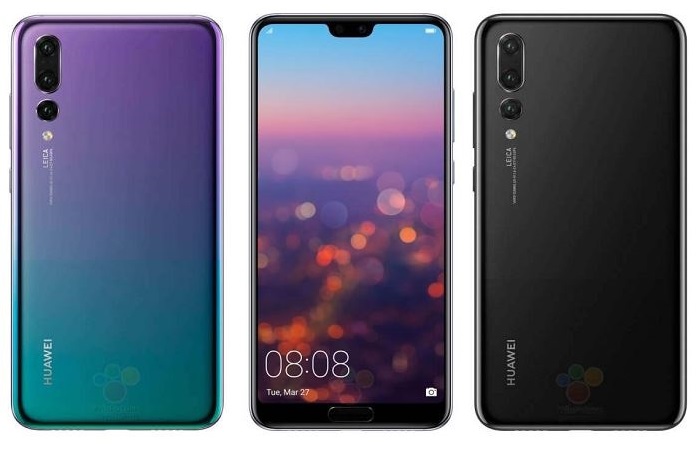 The triple camera from Leica packs a punch with a 40MP sensor and if you're in the least interested, there are more specs to found here.