Home Archives Contact Us Subscribe Twitter MeWe Facebook Patently Mobile
As Cook Talks Security in Beijing, the FBI is closer to calling on Congress to enact legislation mandating access to Smartphones
Apple Reveals that Apple TV will Replay Tomorrow's Apple Event in Chicago 'After it Concludes' 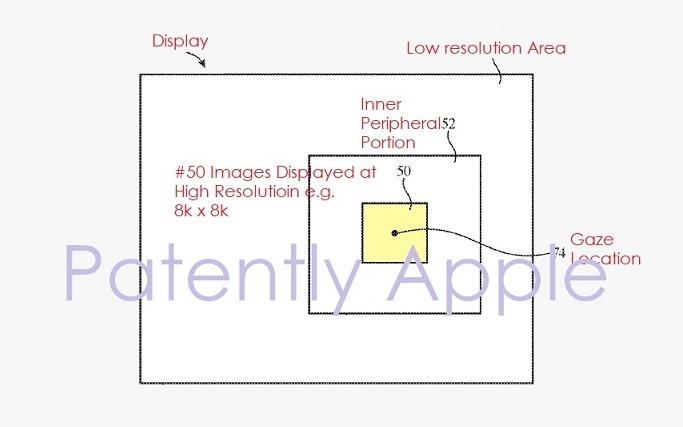 Apple's latest headset inventions that came to light this week illustrated how Apple is taking their AR/VR headset project to new mind boggling heights that includes working with documents in a 3D environment using a mobile desktop replacement headset system. Patent Apple posted two key reports on their project to date (one and two) and today's third part covers methods and systems that support the headset's advanced predictive and foveated display.

Patently Apple discovered Apple's initial patent on the subject of foveated displays in a European patent filing in late February covering an 8K Foveated Micro-Display system. The timing of the patents is interesting in light of a recent report about Apple's secret Micro-LED display plant in California.

The single inventor listed on Apple's foveated display patent filing this week is Alexander Shpunt, the former PrimeSense Chief Technical Officer who is simply now listed as Apple's 'Architect.' The PrimeSense engineering team at Apple's Israeli facility assisted in the design of Apple's TrueDepth Camera for iPhone X, so you have to take their work very seriously.

In this week's patent on their new display technology aimed at a possible future mixed reality headset Apple begins with a quick overview of today's current VR headsets.

Virtual Reality (VR) allows users to experience and/or interact with an immersive artificial environment, such that the user feels as if they were physically in that environment. For example, virtual reality systems may display stereoscopic scenes to users in order to create an illusion of depth, and a computer may adjust the scene content in real-time to provide the illusion of the user moving within the scene. When the user views images through a virtual reality system, the user may thus feel as if they are moving within the scenes from a first-person point of view.

Similarly, augmented reality (AR) combines computer generated information with real world images to augment, or add content to, a user's view of the world. The simulated environments of virtual reality and/or the enhanced content of augmented reality may thus be utilized to provide an interactive user experience for multiple applications, such as interacting with virtual training environments, gaming, remotely controlling devices or other mechanical systems, viewing digital media content, interacting with the internet, or the like.

Additionally, the amount of image data required to be captured, generated and/or displayed to the user of a conventional virtual reality system may be so large that it affects the performance of the system (e.g., increased latency).

Apple's invention covers methods and systems for a virtual reality (VR) and/or augmented reality (AR) device (e.g., a headset, or head mounted, device) that may include an AR/VR display system that is both predictive and foveated. A predictive, foveated virtual reality system may be configured to capture views of the world around a user of the system, augment the captured data, generate an augmented view of the world and display that view to the user via a display of the system. 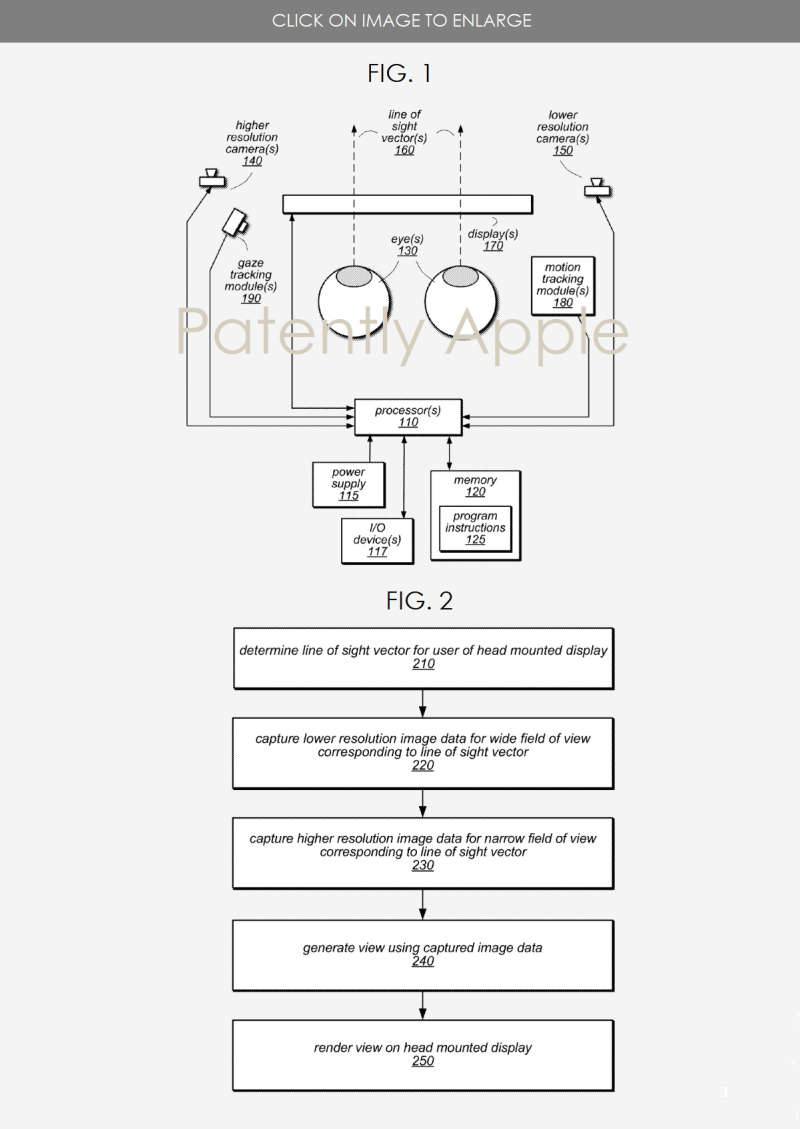 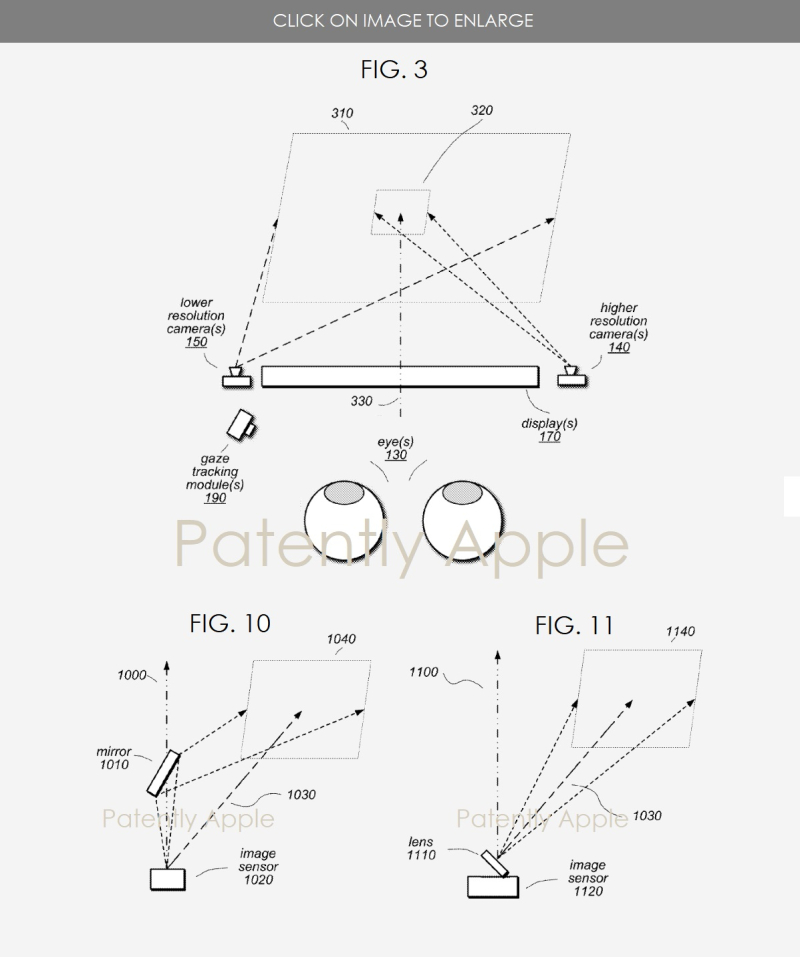 Apple's patent FIGS. 10 and 11 are logical diagrams illustrating embodiments of a camera configured to capture image data over a range of view angles.