Apple Supplier Finisar, maker of VCSEL lasers for Face ID & Gesture Recognition, Aims to have Texas Plant up by October 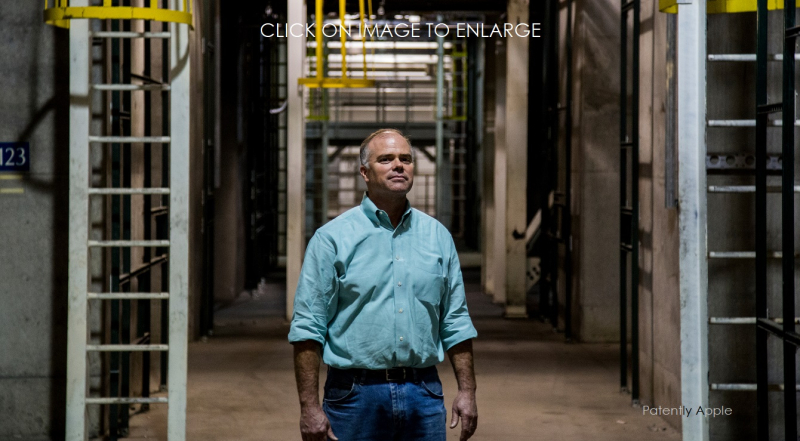 December 13, 2017 was an odd day in that Patently Apple posted three reports over a six hour period covering the news of Apple's investment in Finisar. Patently Apple's first report was titled "Apple Invests in new Finisar Plant coming to Texas that will make Critical VCSEL Lasers for 3D Sensing Face ID & More." Three hours later Apple made it official detailing their investment and posted a follow-up report three hours after that about how Apple's investment would transform Sherman Texas.

The man in our cover story today and back on December 13th is Bruce Armstrong, the caretaker of the building since it was shut down in 2012. He's back in the news with a report about Finisar ramping up the new plant that will hopefully be in production by sometime in October. Armstrong spoke with a local TV station covering the news of the Finisar plant on Friday, saying "It's an exciting adventure to see the site revitalized, people back in and moving around."

In the video below Curtis Barratt, VP and General Manager of Finisar Allen stated: "We're making Sherman the VCSEL capital of the world. Everything from self-driving cars, to gesture recognition, to facial recognition, all of these applications are going to make this a very, very important location."

Apple's PrimeSense team in Israel, who worked on the TrueDepth camera, also has a number of patents for gesture recognition, with one of them surfacing this past Thursday. We covered it in our patent report titled "Apple Patent shows us that Apple's TrueDepth Camera for Accurate Facial Expression via Animoji is only the beginning."

Barratt added that "About 90 percent of the equipment is on order, and we'll bring that in starting in April or May. We'll start the line first articles by August and production will get going by October."

According to Barratt, there will be a hiring fair held on April 12 at the Hilton Garden Inn in Denison, and Finisar will be there.