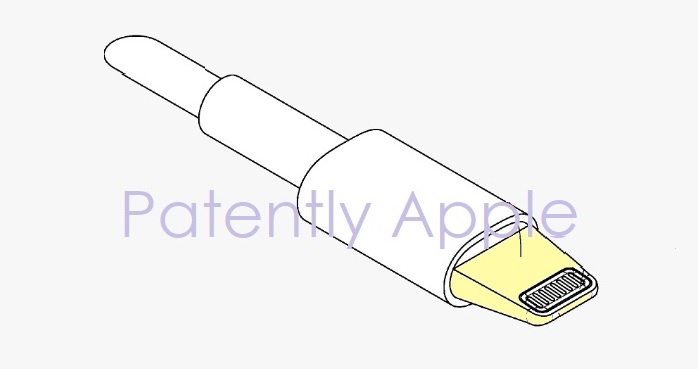 Today the US Patent & Trademark Office published a patent application from Apple that relates to a possible next generation lightning connector that will be able to expand once connected to an iDevice such as an iPhone to create a liquid-tight seal. 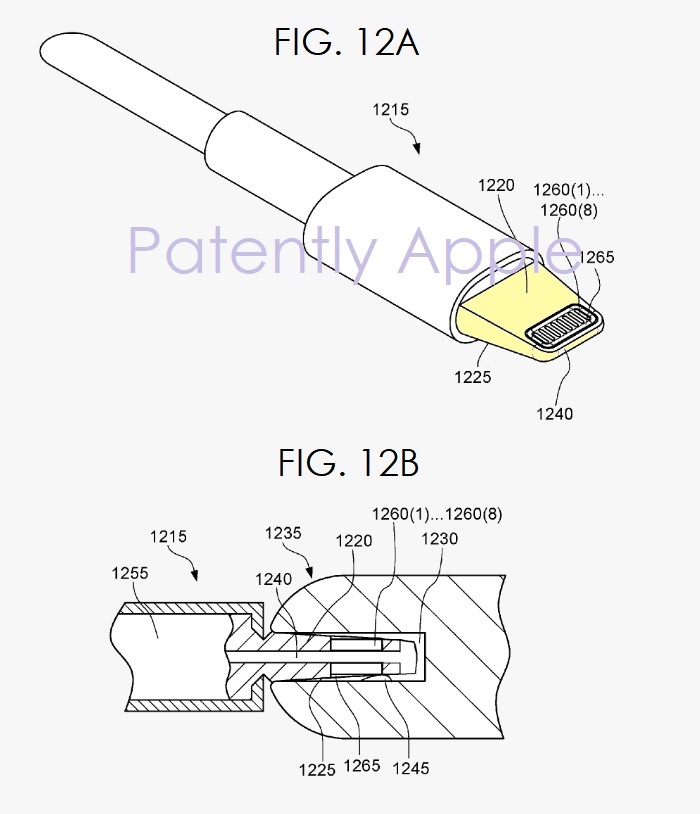 Apple's patent FIG. 12A, an isometric view of plug connector #1215 is shown having first surface #1220 and second opposing surface #1225 that are tapered and formed from a deformable material configured to form a seal to a receptacle connector of an electronic device.

In other embodiments (not illustrated in FIGS. 12A and 12B) a front portion of tab #1290 may have an enlarged "bulbous" cross-section and may be made from a deformable seal material such that it forms a liquid-tight seal towards an end of the cavity. In a further embodiment an entire, or a large portion of body #1255 can be made from a deformable material, such as the seal material disclosed herein, and can form a liquid-tight seal to the electronic device. More specifically, in one embodiment the body may be coated with a deformable material.