Apple's fourth generation MacBook Pro was announced on October 27, 2016. It replaced the function keys with an interactive, multi-touch "Touch Bar" and a Touch ID sensor integrated into the Power button as noted in our cover graphic. Apple was granted their first patent for the Touch Bar in November and today the U.S. Patent and Trademark Office officially published Apple's second granted patent covering the Touch Bar with more graphic details.

Apple's newly granted patent officially titled "Input devices incorporating biometric sensors covers the MacBook Pro's Touch ID button that's on the right end of the Touch Bar. Technically Apple describes their invention as being for a "biometric sensor associated with such a button can be used by the electronic device to restrict access to features or functionality of the electronic device associated with that button. Such buttons are generally referred to herein as "restricted-access buttons." 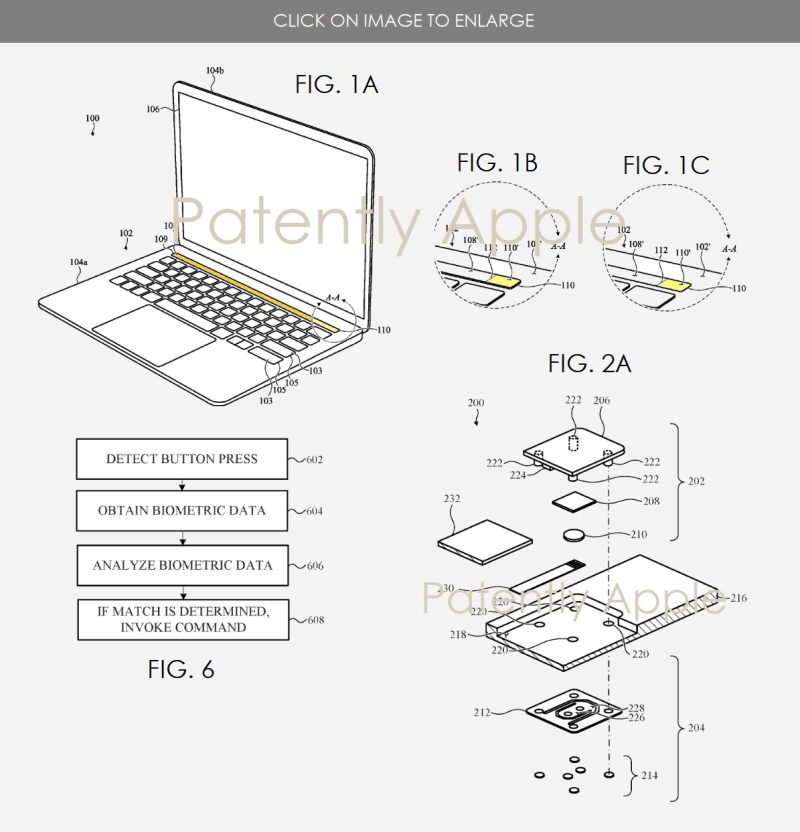 Apple's granted patent 9,922,229 was originally filed in Q3 2016 and in fact, one month before Apple launched this feature with the MacBook Pro.