Home Archives Contact Us Subscribe Twitter MeWe Facebook Patently Mobile
Apple may continue to Work with Dialog until 2019-2020 while their Future chips designs are in development
Apple updates their Invention regarding Biometric Sensors for Earbuds, AirPods and Headphones, contrary to Fake News

Apple Granted 41 Patents Today Covering the Technology behind AirPods, a Design for the iPhone SE and more

The U.S. Patent and Trademark Office officially published a series of 41 newly granted patents for Apple Inc. today. In this particular report we cover a design patent for Apple's iPhone SE model and a utility patent for AirPods. We wrap up this week's granted patent report with our traditional listing of the remaining granted patents that were issued to Apple today. 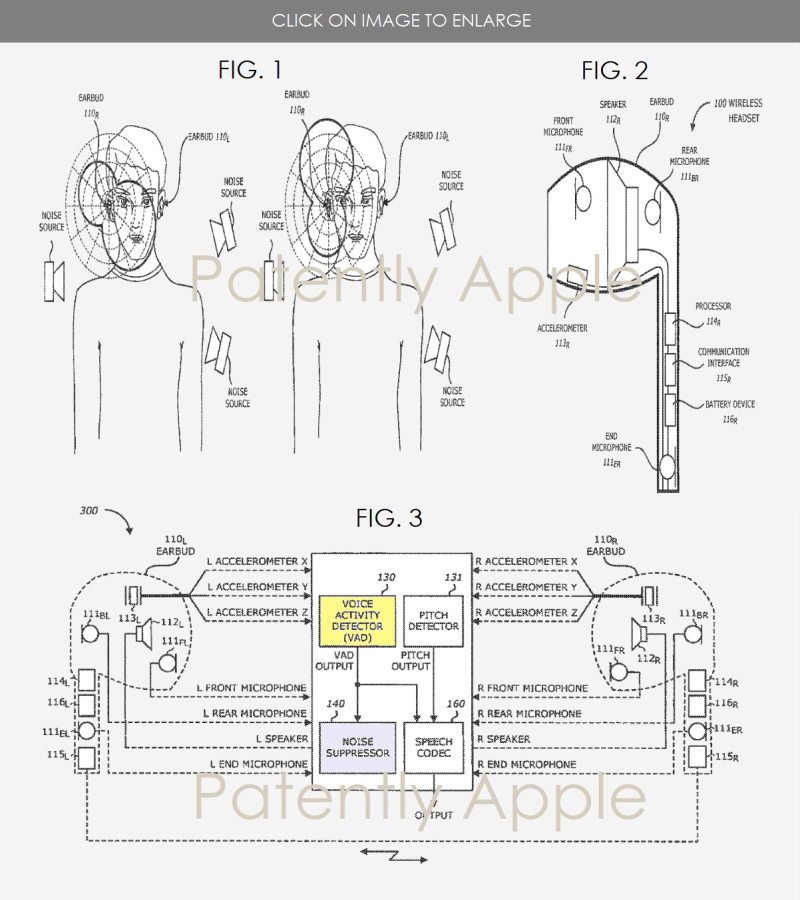 Apple's patent claims put a lot of emphasis on the "voice activity detector (VAD)" which is highlighted in yellow in patent figure 3 above.

Apple's granted patent 9,913,022 was originally filed in Q4 2016 and published today by the US Patent and Trademark Office.

Apple was granted two design patents today covering the iPhone SE, as noted below, and the Apple Watch Nylon Band under D812,052 (not illustrated). 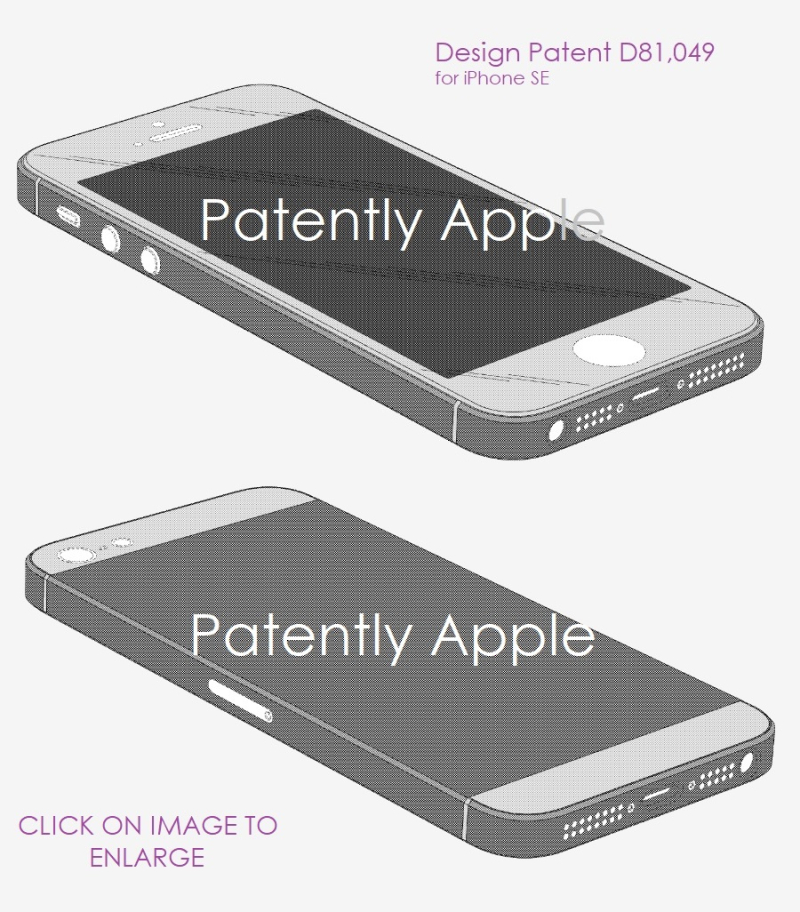 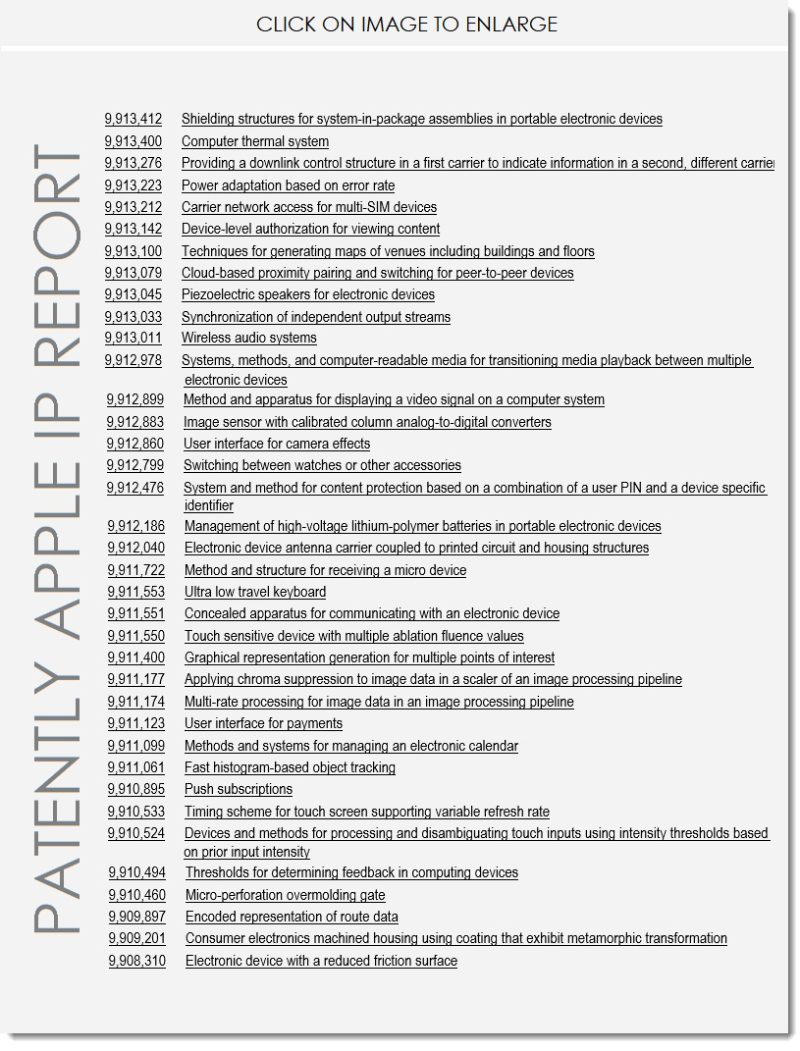