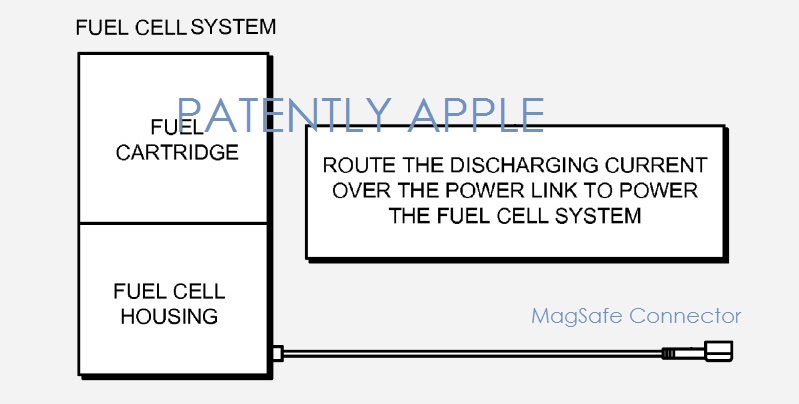 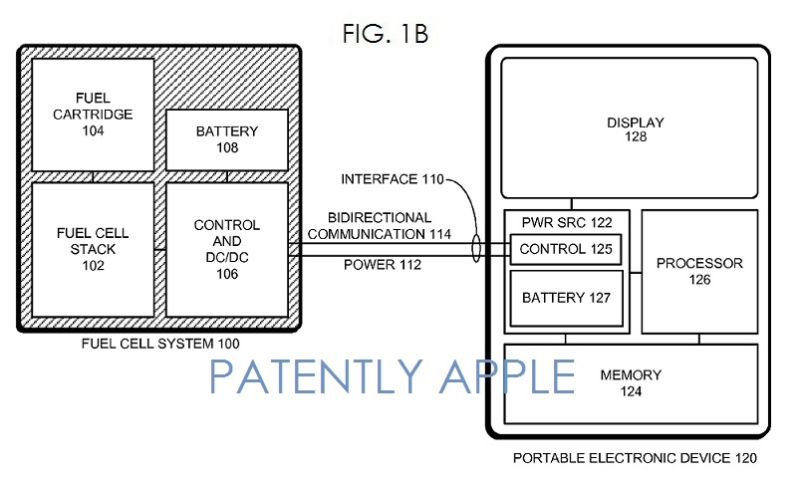 If Apple could ever deliver this technology for iDevices and MacBooks it would create a mega upgrade cycle like never seen before. Are we really far away from seeing this come to market?

In the summer of 2015, a British firm called Intelligent Energy, demonstrated a new iPhone 6 fuel cell that integrated seamlessly into the existing chassis as noted below that could reportedly run the device for up to a week. At that time the fuel cell didn't replace the existing lithium-ion battery, only supplemented it. 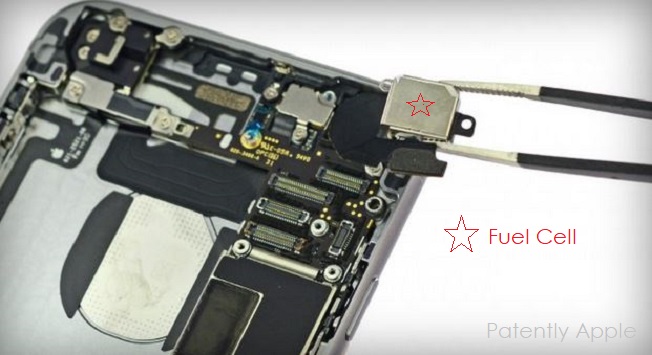 The technology would have to be extensively tested in a number of scenarios to ensure that the fuel cell doesn't rupture or that the vents don't become obstructed when the phone is slipped into various pockets or purses.

While it's encouraging to see that this is Apple's third granted patent, it's unknown if Apple is actually any closer to bringing this to iPhones any time soon.

FIG. 10 is illustrative of dome switch #900 in an actuated or collapsed position. When button #102 is pushed downwardly as shown by arrow #110 by a user's finger, the dome #101 is compressed and collapsed, thereby deforming bulk-solidifying amorphous alloy material #105. 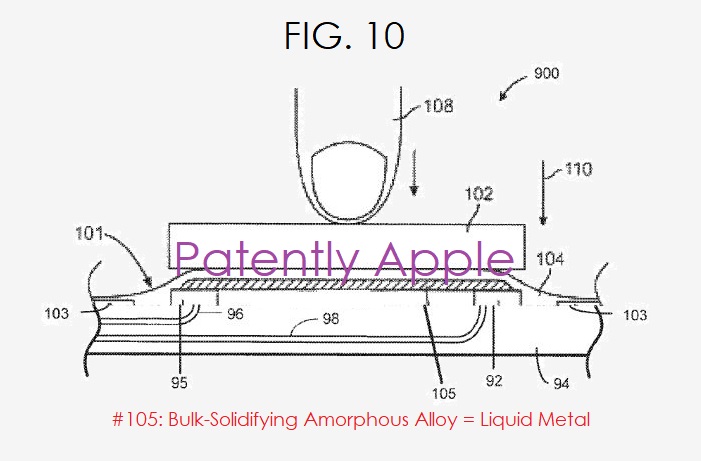 Side Note: Apple's FIG. 10 image appears to have been spliced as certain lines don't line up properly. This is the way the patent figure is presented in the USPTO images and not an alteration by Patently Apple. 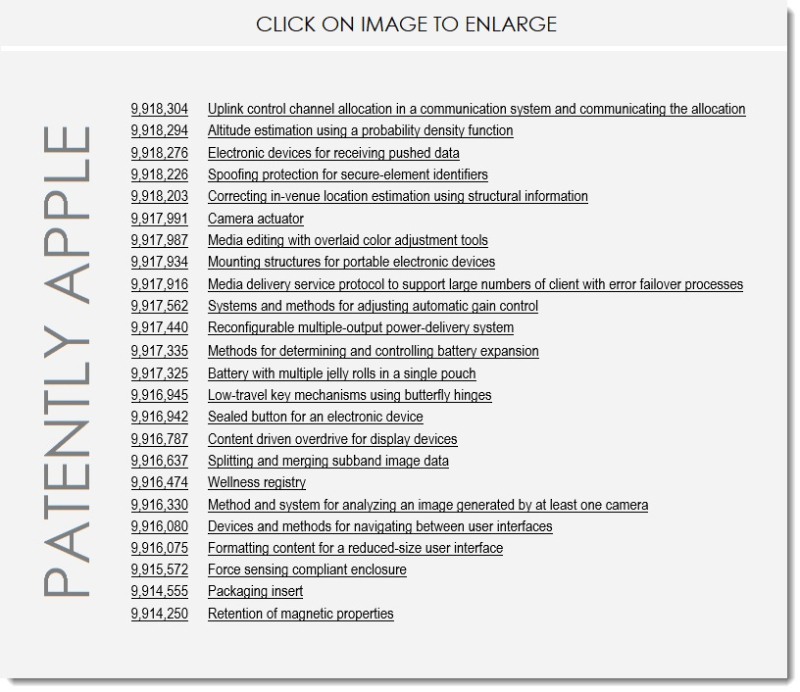