Home Archives Contact Us Subscribe Twitter Facebook Patently Mobile
Out of the Gate, Korean Sources Claim that Pre-Orders for the Galaxy S9 are below Expectations
Apple invents a new Magnetic System to Improve the MacBook's Hinge Assembly for Superior Performance

Apple Files for new Figurative Trademark for 'Apple Park' in the U.S.

Apple Park is the corporate headquarters of Apple Inc., located at 1 Apple Park Way in Cupertino, California, United States. It opened to employees in April 2017, while construction was still underway. Its research and development facilities are occupied with over 2,000 people. It replaced the original headquarters at 1 Infinite Loop, which opened in 1993. Its circular design and extreme scale have earned a media nickname of 'the spaceship.'

In April 2006, Apple's former CEO Steve Jobs announced to the city council of Cupertino that Apple had acquired nine contiguous properties to build a second campus, the Apple Campus 2. The building was conceived by Jobs, and designed by Norman Foster. 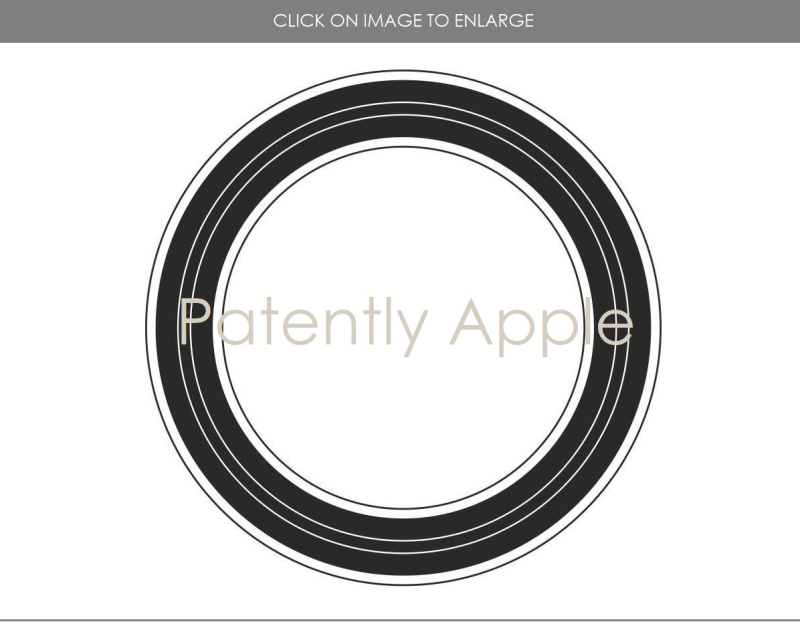 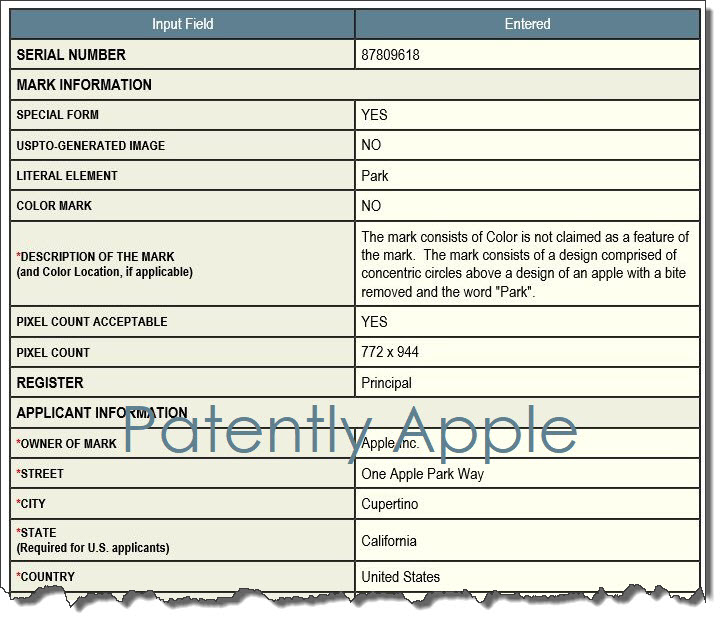 Apple has filed their trademark application #87809618 under International Classes 035, 041 and 043. Apple legal has chosen the scope of these classes to cover the following:

Priority based on foreign filing: Apple has a bona fide intention, and is entitled, to use the mark in commerce on or in connection with the identified goods/services and asserts a claim of priority based on Jamaica application number 73144, filed 08/23/2017.

Apple's second trademark filing # 87809610 was filed under another set of international classes 018 and 025 which cover the following: