Last year we reported that Apple had landed in the fifth position on the 2017 Harris Poll. Our byline at the time was "The Latest Harris Reputation Ratings Poll Reveals Samsung has Plummeted from #3 in 2015 to #49 in 2016." In this year's Harris Poll, Samsung rose from #49 to #35 while Apple slid from #5 to #29. What a difference a year makes. 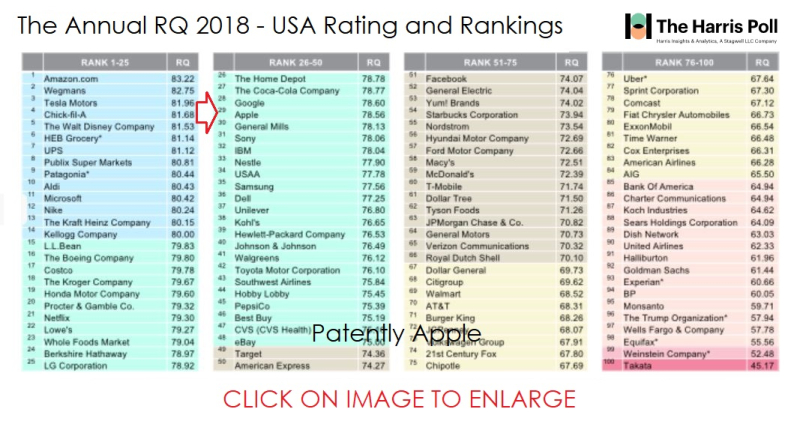 Adding to this story is Reuters. "John Gerzema, CEO of the Harris Poll, told Reuters in an interview that the likely reason Apple and Google fell was that they have not introduced as many attention-grabbing products as they did in past years, such as when Google rolled out free offerings like its Google Docs word processor or Google Maps and Apple's then-CEO Steve Jobs introduced the iPod, iPhone and iPad.

'Google and Apple, at this moment, are sort of in valleys,' Gerzema said.'We're not quite to self-driving cars yet. We're not yet seeing all the things in artificial intelligence they're going to do.'

Meanwhile, Amazon.com held on to the No. 1 spot, which it has held for five years with the exception of 2015, when it slipped to No. 2."

You know something went wrong when "Chick-fil-A" beat Apple coming in fourth. Ouch.