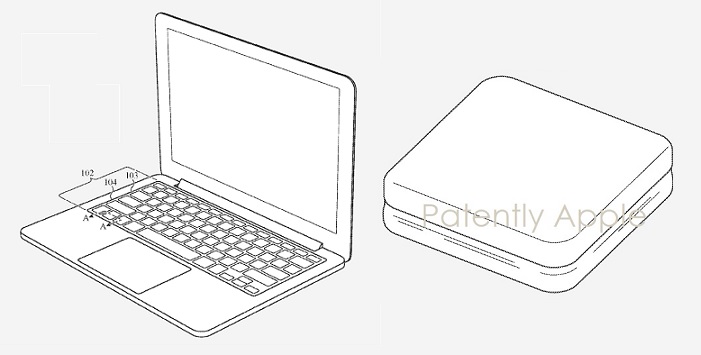 Today the US Patent & Trademark Office published a patent application from Apple that relates to structures that prevent ingress of contaminants such as crumbs or liquid into keyboards. Liquid ingress around the keys into the keyboard can damage electronics. Residues from such liquids, such as sugar, may corrode or block electrical contacts, prevent key movement by bonding moving parts, and so on. Solid contaminants (such as dust, dirt, food crumbs, and the like) may lodge under keys, blocking electrical contacts, getting in the way of key movement, and so on. Apple's invention is declaring war on crumby keyboards that have been a long standing problem and end-user irritant.

Below we're able to see Apple's patent FIG. 3A which depicts a first example cross-sectional view of a key assembly of the keyboard #102 of FIG. 1, taken along line A-A of FIG. 1. 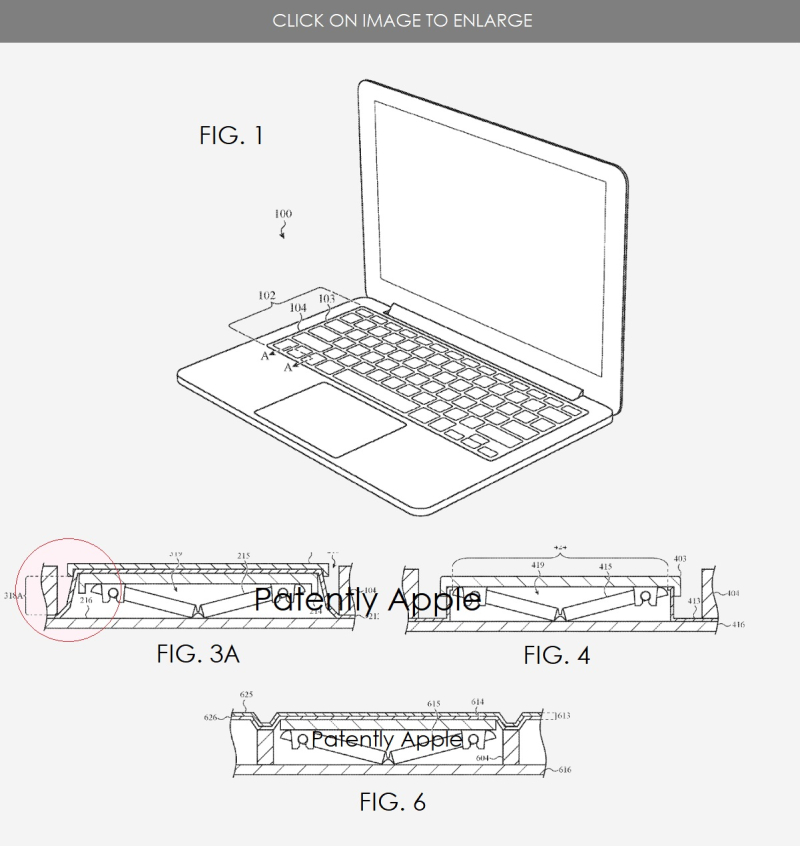 Apple's patent FIG. 4 depicts a second example cross-sectional view of a key assembly of the keyboard of FIG. 1. As you could see on the right side of the key the gap is larger to capture crumbs or liquid but closes access to the actual key mechanics.

Apple's patent FIG. 6 depicts a third example cross-sectional view of a key assembly of the keyboard of FIG. 1. Here the membrane #613 forms the external surface of the keyboard.

The membrane includes a first layer #625 and a second layer #626. In this example, the first layer is a layer of fabric (such as nylon, polyester, or the like) and the second layer is an elastomer layer (such as silicone or the like). In this way, the membrane may be waterproof while balancing other considerations such as texture, appearance, effect on force curve response, and so on. 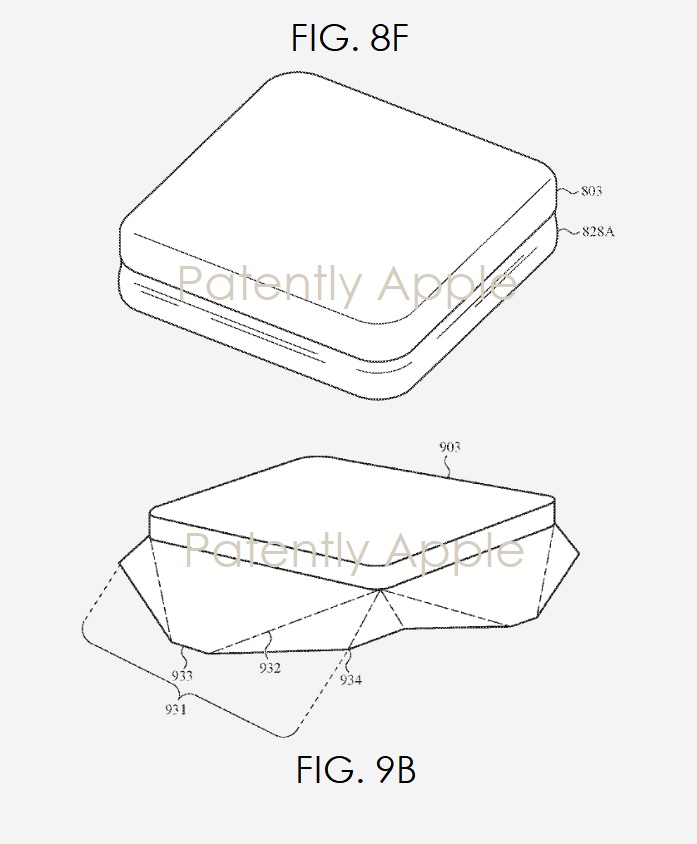 Apple's patent FIG. 8F we're able to see another example where the guard structure #828A is configured as a skirt, elastomer band, or the like that forms a perimeter around the key cap #803.