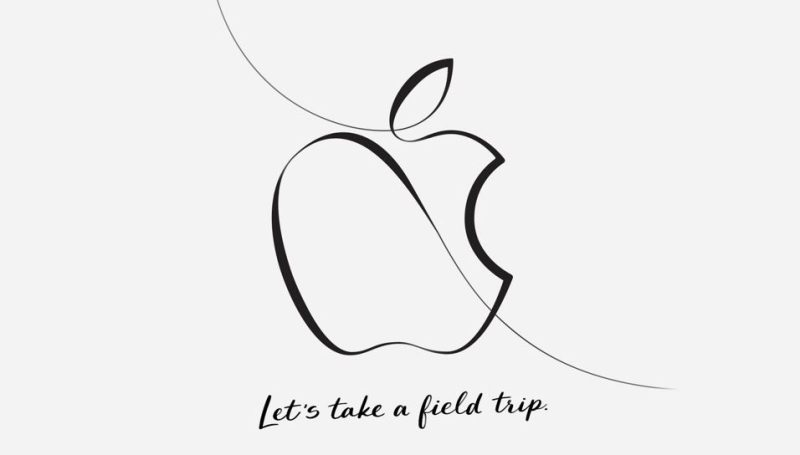 Today we're learning that Apple will be holding a special event later this month to "hear creative new ideas for teachers and students." Apple's invitation was released to the media this morning. The event will be at a Chicago high school on March 27 at 10 a.m. The invitation, noted in our cover graphic states "Let's take a field trip." As usual, the invitation was thin on details. (Click on our cover graphic above to enlarge)

Apple has been building on their Everyone Can Code initiative by expanding to 70 colleges and universities in Europe and more.

There may be a good reason why Apple has chosen Chicago for this event on education. Google has made a huge impact in education in Chicago which is the third-largest school district in the U.S. with about 381,000 students. This is where 'Googlification' of the classroom is currently taking place.

In the space of just five years, Google has helped upend the sales methods companies use to place their products in classrooms. It has enlisted teachers and administrators to promote Google’s products to other schools. It has directly reached out to educators to test its products — effectively bypassing senior district officials. And it has outmaneuvered Apple and Microsoft with a powerful combination of low-cost laptops, called Chromebooks, and free classroom apps.

Today, more than half the nation’s primary- and secondary-school students — more than 30 million children — use Google education apps like Gmail and Docs, the company said. And Chromebooks, Google-powered laptops that initially struggled to find a purpose, are now a powerhouse in America’s schools. Today they account for more than half the mobile devices shipped to schools. You could read more about this in an in-depth report that was published by the New York Times last May here.

Earlier this month a report covered Microsoft's new gains in the educatioin market that is likely chiseling away at Apple's market position with with more hardware in the sub-$300 range along wth more sofware options.

The Apple event later this month may be a declaration of war on Google in the education market, a market that Apple used to own. Apple has made great advances with their 'Everyone can Code' initiative and on the 27th and Apple may make some huge announcements that could include new hardware for this market that could openly challenge Google's Chromebook.

Apple could have all the fancy software in the world for education, but without hardware that's affordable for the majority of classrooms around the U.S., Google and Microsoft will continue to keep Apple a marginal player.

The March 27th event is going to be very interesting and important for Apple in the education market. Here's to hoping that Apple will cover this event live on Apple TV.