If you're an Apple Music subscriber, then the new HomePod is the ultimate smart speaker. If you're a general tech fan living in a mixed world of smartphones using iOS and Android, it's another matter as reviewer Armando Ferreira painfully pointed out. Yet there's no mistaking that it's a smart looking speaker and yesterday the Hong Kong Patent Office issued seven granted patents for Apple's latest device.

Unlike "patent applications," design patents that are published by the U.S. or any foreign Patent and Trademark Office don't reveal pertinent information about a particular design. For actual details of the speaker's inner make-up, check out the iFixit video that we posted yesterday. 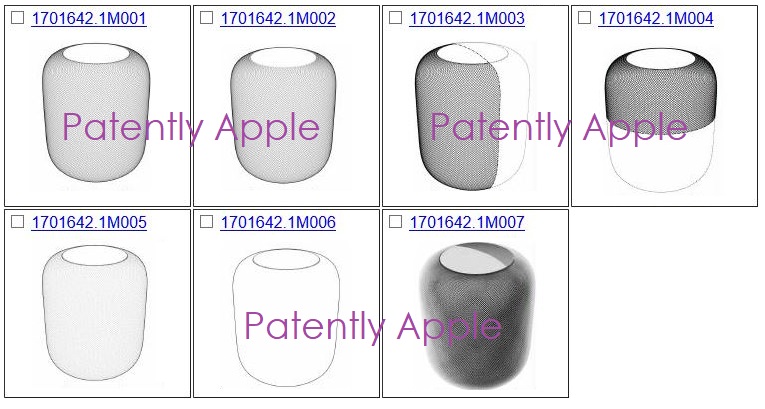 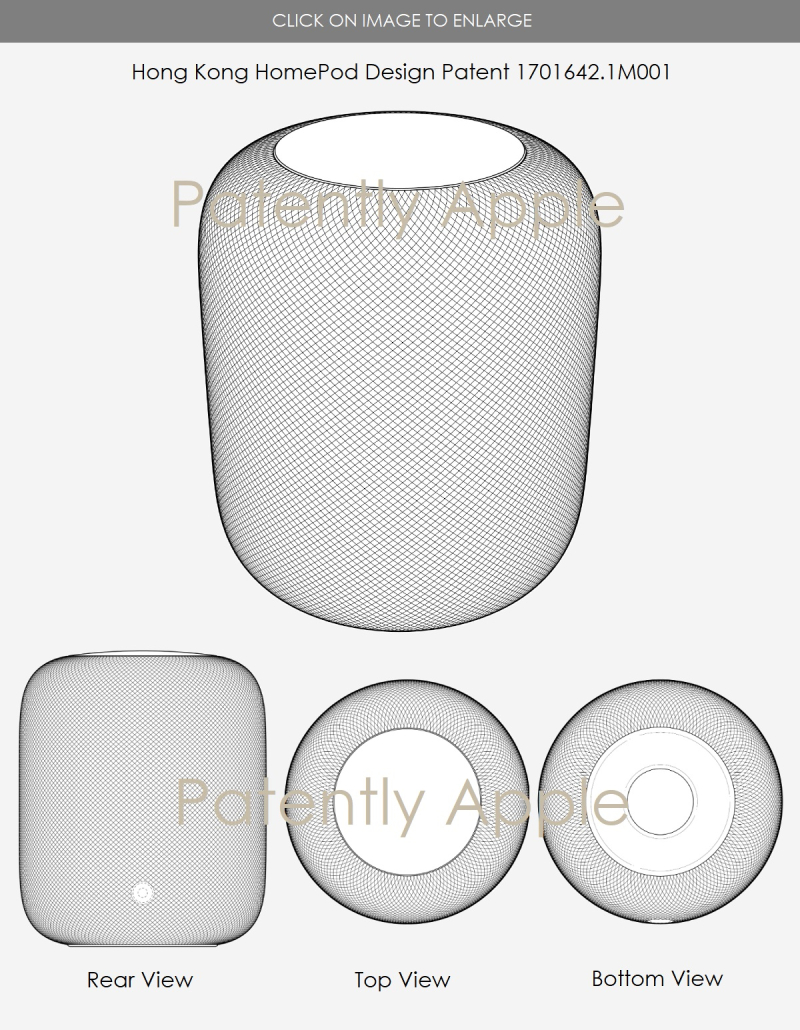 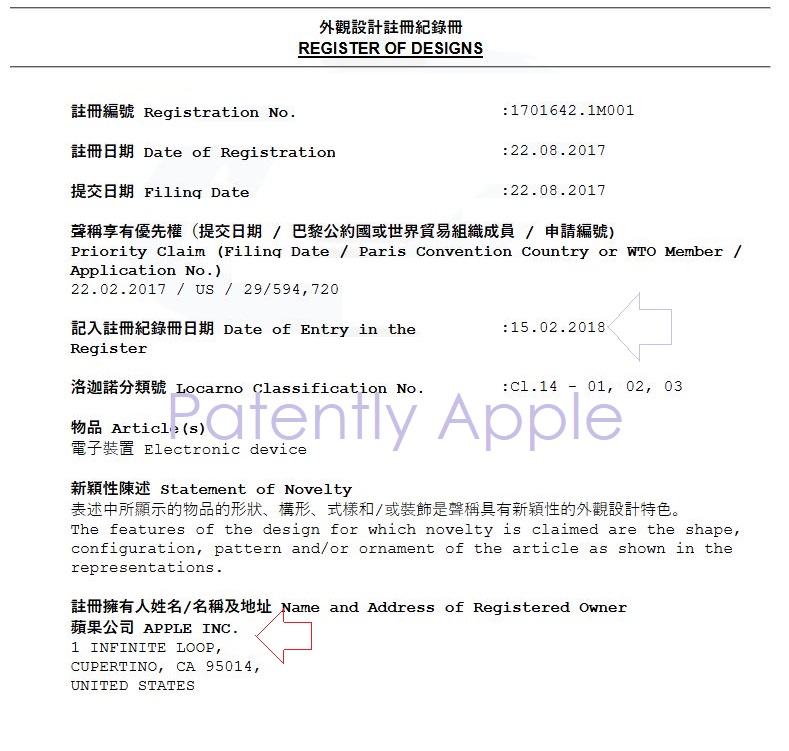 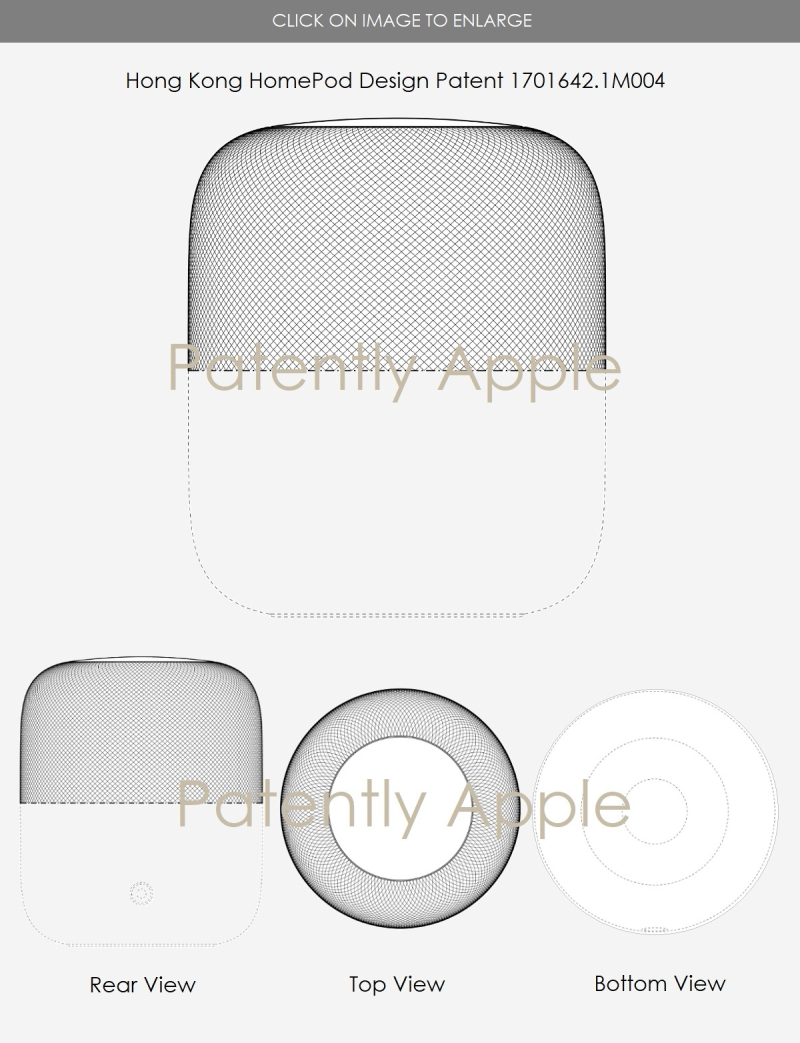