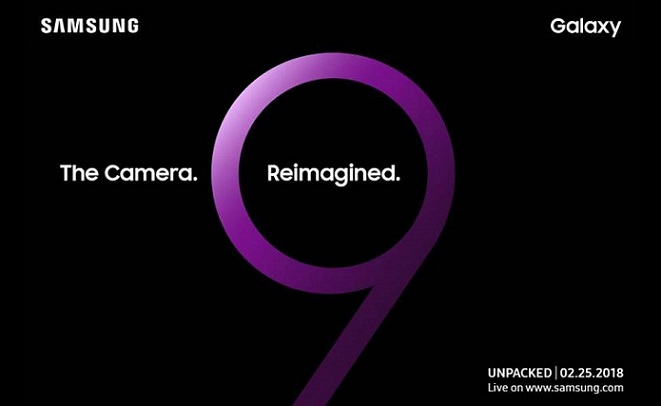 In early January Patently Apple reported on Samsung's Galaxy S9 would use their new Exynos9 processor that is to introduce a Face ID-like feature along with neural networks as introduced with the iPhone X. Last week we reported that the S9 will also add a 3D Emoji-like feature. Now we're learning that the un-original Samsung will go one step further and push Augmented Reality at their event this Sunday in Barcelona.

Samsung has hinted at a greatly improved camera on the new phone and challenged people to "imagine a camera that can see more than your eyes."

Industry watchers estimate that the factory price of the 64-gigabyte version of the Galaxy S9 smartphone could sell for US$890 so as to stay away from the dreaded $1000 or more price tag.

Samsung is set to take the wraps off the Galaxy S9 smartphone in Barcelona at 6 p.m. Sunday on the eve of the opening of the Mobile World Congress, the world's largest gathering for the mobile communications industry.

During the event, the Samsung will reportedly allow attendees to visualize the new smartphone with Unpacked 2018, an app it has developed for the show. It's believed it will include augmented reality.

No wonder Apple's iPhones and especially the iPhone X sold so well in South Korea in Q4. The iPhone X introduced original features with years of research behind it.

Samsung's Galaxy S9 will be nothing more than a copycat smartphone, a cheap replica of the original iPhone X. Year after year, Samsung waits to see what new features Apple will introduce in their new iPhones in September and then rush to duplicate them in time for the Barcelona trade show in late February or early March every year. It's simply pathetic.