Intel didn't bother to tell U.S. Cyber Officials about Meltdown and Spectre Prior to the Public Announcement 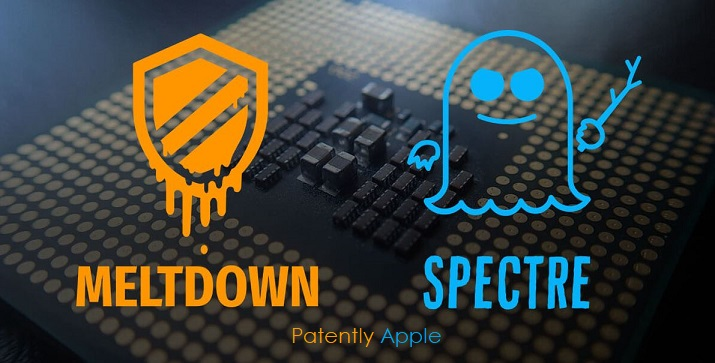 Yesterday ExtremeTech noted in a report that "It's easy to think of these as patches that "fix" Spectre, but the more accurate reading would be that Spectre is a class of vulnerabilities and variants, and that we've fixed two of the ways it can attack. White hats are going to be playing whack-a-mole on this for a very long time."

That's the last thing anyone who just purchased a new PC, MacBook Pro or iMac Pro wants to hear. While Intel has promised to launch new processors with the security flaws removed at the chip level, there has been no firm date announced.

AMD has promises the same thing. They're planning to have their hardware solution timed to their next-gen 7nm processors sometime in H1 2019. The race is on for AMD too as yet more class actions have hit AMD, according to a new report published today.

My personal PC is constantly crashing and yet what's the use of buying a new one if I'll just be buying a problematic chip.

Today the U.S. government expressed their dismay over this matter as well. According to Reuters, "Intel Corp did not inform U.S. cyber security officials of the so-called Meltdown and Spectre chip security flaws until they leaked to the public, six months after Alphabet Inc. notified the chipmaker of the problems, according to letters sent by tech companies to lawmakers on Thursday.

Current and former U.S. government officials have raised concerns that the government was not informed of the flaws before they became public because the flaws potentially held national security implications. Intel said it did not think the flaws needed to be shared with U.S. authorities as hackers had not exploited the vulnerabilities.

Intel did not tell the United States Computer Emergency Readiness Team, better known as US-CERT, about Meltdown and Spectre until Jan. 3, after reports on them in online technology site The Register had begun to circulate." You could read more about this issue over at Reuters.

Intel keeps telling us that the security flaws have never been used and yet this problem has reportedly been with us for decades. During that time there's been massive data breaches including the one from Yahoo, Equifax and others. CNN reported in 2014 that "Hackers have exposed the personal information of 110 million Americans -- roughly half of the nation's adults -- in the last 12 months alone." Are we to believe Intel?

In the end, will Meltdown and Spectre security flaws change your mind about buying a new PC or Mac this year? Let us know in the comment section below.