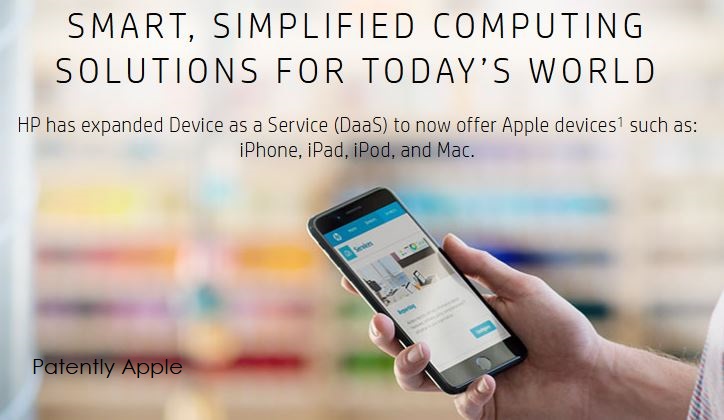 Under Apple's late CEO and Co-Founder Steve Jobs, the company was deadly focused on the consumer side of the market. Unless you've been living under a rock, Apple's current CEO has been steadily moving the company deeper into the enterprise market with partners like IBM, Cisco, SAP, Deloitte, GE, Accenture and others. You could also check out Apple's business page that focuses on iDevices in Business through testimonies from businesses around the world like Capital One, British Airways and Tokyo Metro. This week HP announced they've expanded Device as a Service (DaaS) to now offer Apple devices (iPhone, iPad, iPod and Macs) to enterprise customers.

If you're not familiar with HP's DaaS, it boils down to businesses being able to purchase hardware via a subscription rather than making all the outlay upfront – to offer Apple devices as well as its own. HP provides the Apple hardware service as well.

At the moment this service is only available in the U.S. market, with HP stating that they'll expand the service to more countries over the course of the year.

To learn more about this development and service, check out HP`s specialty page / announcement here.