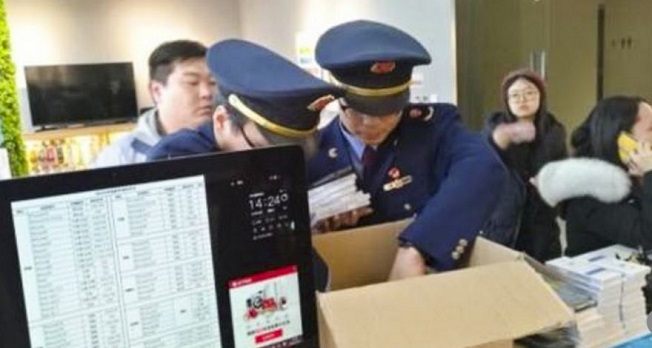 It's being reported in China that authorities in Beijing have fined a fake 'Apple service center' of more than US$43,000 as part of a crackdown on intellectual property right breaches in the capital. It is the first time a fake Apple service store of its kind has been punished in a crackdown in the capital. The city's industry and commerce department said the business had misled customers and breached Apple trademarks.

Breaches of intellectual copyright is a constant source of friction between China and the United States.The Trump administration has launched an investigation into allegations of intellectual property theft by Chinese firms.

People paying by scanning their phones on a 3D bar code at the firm would also get a message with the Apple logo and the words Apple service centre.

The store also sold counterfeit electronic parts, meaning repairs carried out may have made equipment unsafe, the department was quoted as saying.

Fake products were confiscated on Monday and investigations are under way into similar stores.