Fake News: Apple wasn't granted a patent for a "Travel Guitar" Today and in fact it's not even an Apple patent

It's being falsely reported today by Apple World Today that Apple was "Granted a Patent" for a "travel guitar." Last week Patently Apple posted a report titled "Apple Patent Updates their Transparent Display Invention aimed at AR Applications." In that report we pointed to the fact that the Apple blog "Apple World Today" doesn't even understanding the difference between a granted patent, a patent application and a continuation patent.

Today they did it again and this time it's not even an Apple patent. As noted below, a Travel Guitar is a patent published by the U.S. Patent Office for Ciara Guitars Inc. No, not Apple and no again, it's not a granted patent, it's a patent application. 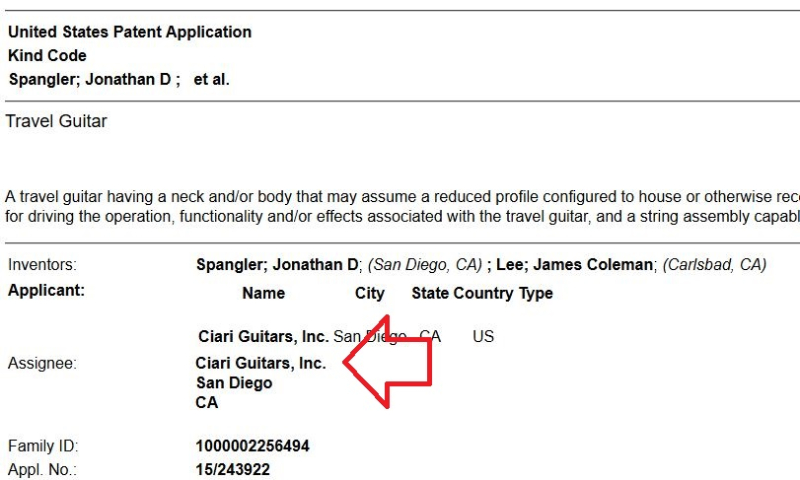 Below is a copy of AppleWorld Today's byline.

I've tried through a third party to reach out to Dennis Sellers in patent report comments to point out his glaring errors in his patent reports. Never once has he corrected a report. No one likes to point to a fellow blogger's mistakes, as we all make honest mistakes. However, his blatant mistakes are ongoing and this time it's overboard. Remove the report Dennis, it's not an Apple patent.

Side Note: When "AppleWorld Today" removes their report, Patently Apple will remove our report if it's taken down in the next two hours before I shut down for the day.