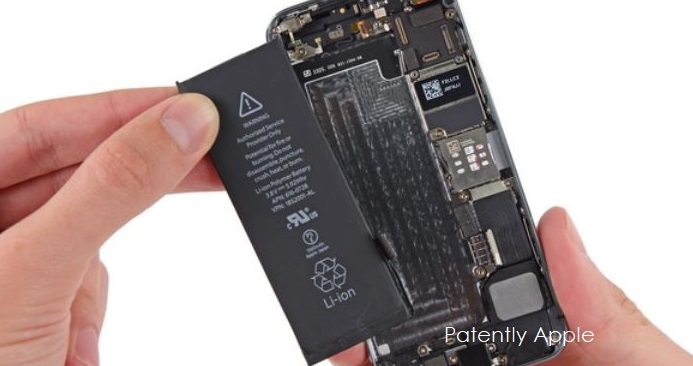 On December 24th Patently Apple posted a Patently Legal report titled "Apple has been Hit with a Third Battery Issue Related Lawsuit by a Bay Area Resident." Keaton Harvey from San Francisco filed a class action. Harvey's attorney stated at the time that "Our case is simple. The crux of the case is Apple knew there was a problem and that they chose a software solution for a hardware problem to prevent a recall. It was a no-lose situation for Apple."

Today we're learning that Harvey's attorney has asked a federal judge to issue a preliminary injunction forcing Apple to preserve batteries it is replacing as part of a rebate program.

The attorney initially called for the injunction in mid-January, a few weeks after filing his lawsuit. He said he feared Apple would recycle all of the returned batteries, destroying critical evidence.

In January Patently Apple posted another legal report titled "California Lawyer Files a Motion to Recoup the Old iPhone Batteries Apple Swaps Out as Evidence in Class Action." This was the first time that a law firm sought to secure the batteries from Apple to strengthen their Class Action.