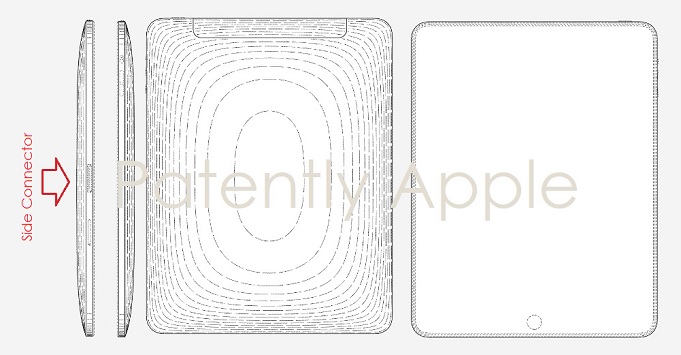 The U.S. Patent and Trademark Office officially published a series of 46 newly granted patents for Apple Inc. today. In this particular report we cover a design patent for an original iPad that carried a second connector on the left side so that it could sit on an iPad dock in landscape mode. The second patent covers an iDevice display that includes a notch to accommodate components such as a camera and more.

Granted Design Patent: One of the Original iPad Designs

Apple's newly granted patent covers their invention relating to one of Apple's original iPad designs that didn't make it to market. The design had a left side USB connector. Years later it was acknowledged as an iPad prototype. However, the 'concept' was actually fulfilled with the iPad Pro by introducing the Smart Connector. 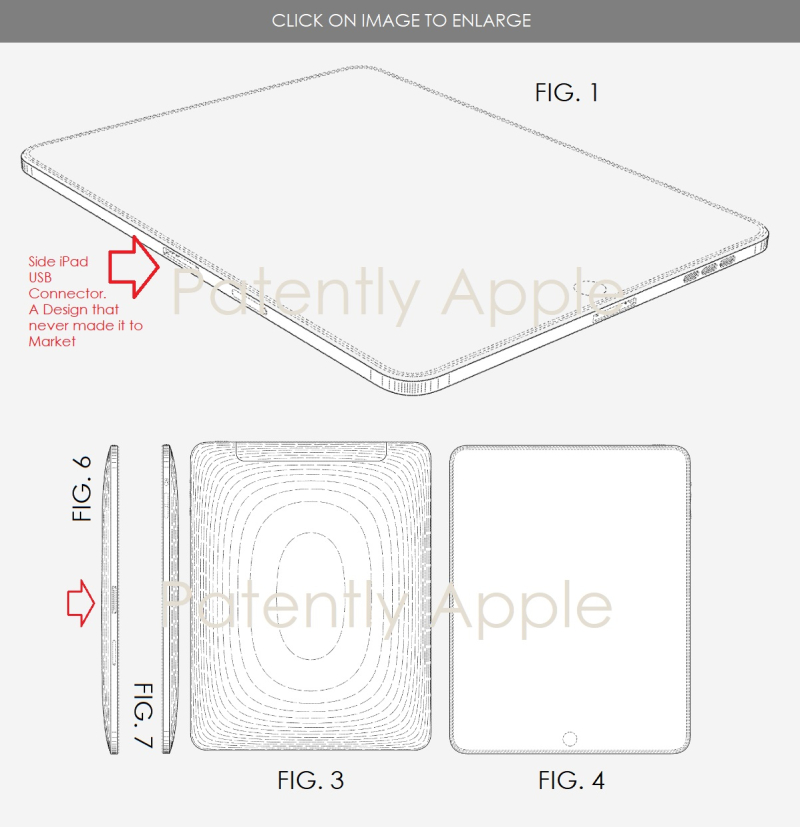 Apple's newly granted patent 9,894,781 covers their invention relating to notches in a display to accommodate buttons, as in the case of the Home Button for iPhones. Yet Apple's engineers foresaw the day that a display notch would also be able to accommodate such things as "image sensors, cameras (e.g., camera modules that include image sensors and lenses), light-based proximity sensors or other proximity sensors, ambient light sensors, connectors, switches, buttons, speakers, microphones, and other audio components, audio jacks, removable media structures, buttons, audio components, integrated circuits, printed circuits, cables or other communications paths, or other structures may be mounted in the device so that at least some of the structures are received within notch.

While there's likely a more up to date patent covering the iPhone X notch specifically coming down the pipe, technically speaking, today's granted utility patent could legally protect Apple for any notch in an iPhone display.

Apple's granted patent 9,894,781 was originally filed in Q2 2012. Naturally the patent figures were all iPhone home-button centric at the time. That's the thing with utility patent graphics. They're general concepts and not design patents, so it's the patent claims and description that counts. In this case the description focuses on all future notches in a display that could accommodate such things as cameras such as the TrueDepth Camera found in iPhone X.