Apple Widens the Smartphone Revenue Gap with Samsung and takes a Whopping 75.6% of North American Revenues 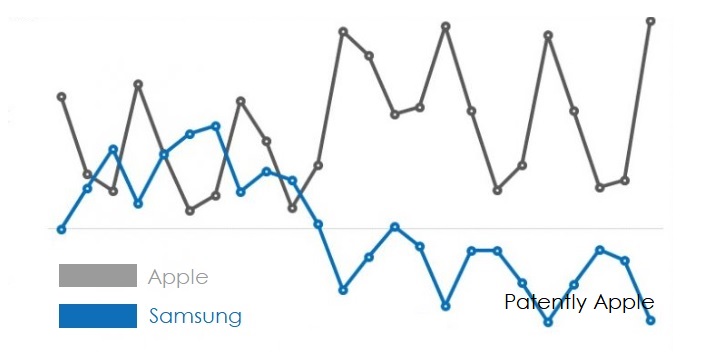 Last week Patently Apple posted a report titled "The Success of Apple's Holiday Quarter Continues with the iPhone Capturing 51% of Global Smartphone Revenue Share." The data was from Strategy Analytics. Today a new report from a second analytical company goes one step further and shows us the revenue breakdown across various markets that's even more impressive. One chart, as noted in-part above, shows us that the revenue gap between Apple and Samsung is getting much wider.

Today Counterpoint has published a report noting that "The volume super-cycle looks to be difficult this year through iPhone X or 8 series, but what we could witness here is Apple entering into 'Revenue Super-Cycle' for iPhones.

Already at the end of Q4 2017, Apple generated massive revenues, commanding significantly higher Average Selling Price (ASP) for its new iPhones and registering record smartphone hardware revenue share across regions." Various points made in the report are as follows: 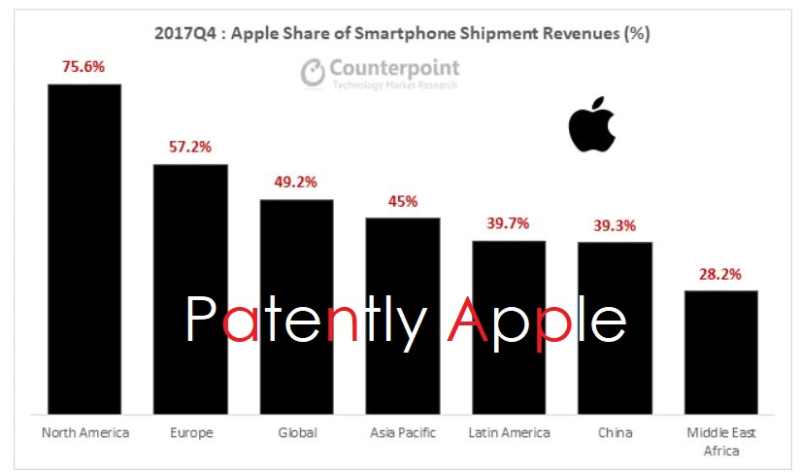 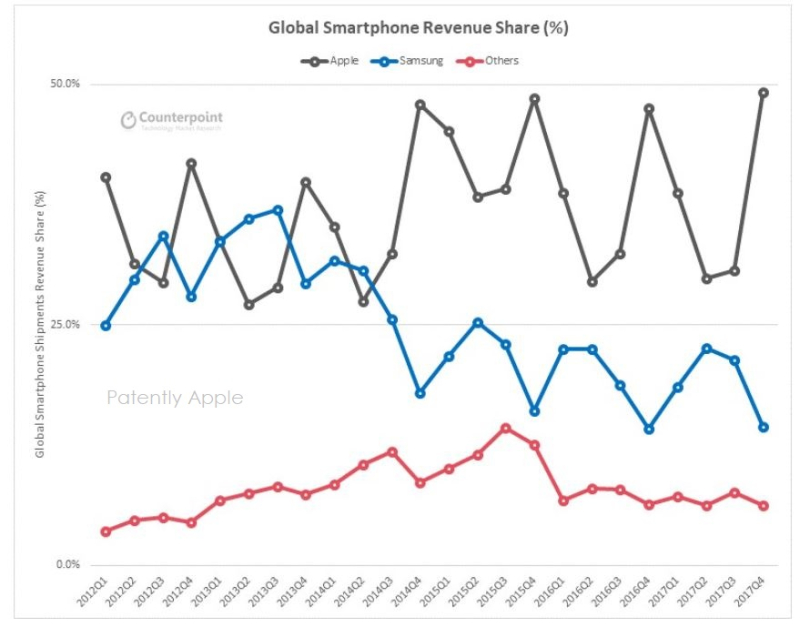 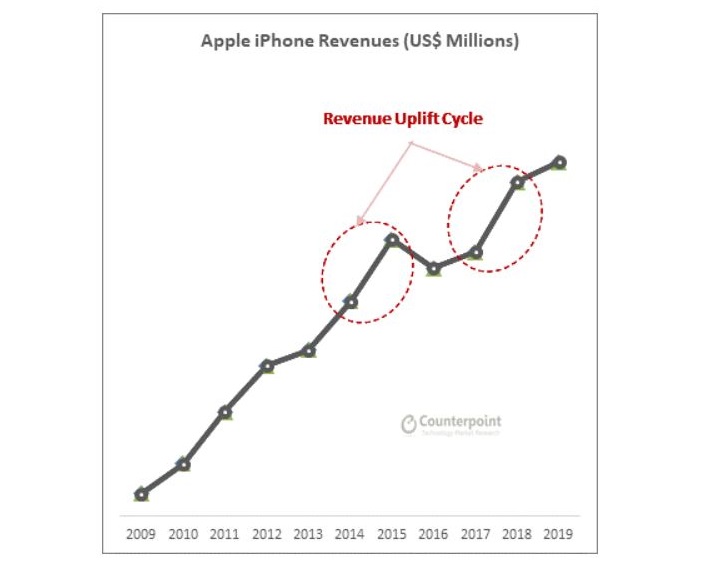