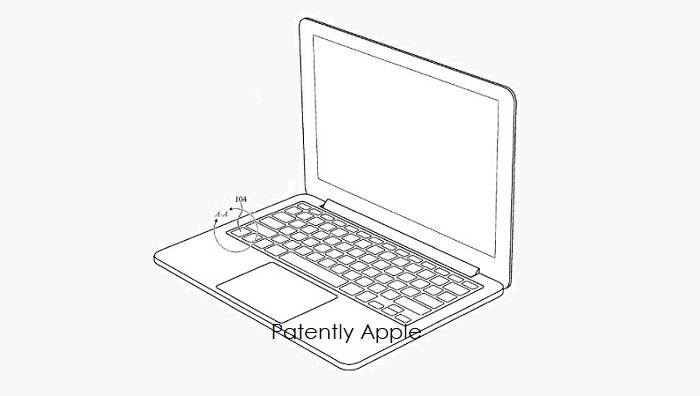 Today the US Patent & Trademark Office published a patent application from Apple that relates to keyboards, such as a MacBook Pro keyboard and a key assembly that can include a number of discrete parts including, but not limited to, a keycap, a key mechanism, and a buckling dome. In some embodiments, the key assembly can also include parts or subcomponents such as backlights, light guides, optical films, color filters, pivot bars, position sensors, force sensors, touch sensors, biometric sensors, and so on. Apple's patent application '441 was filed in August 2016. 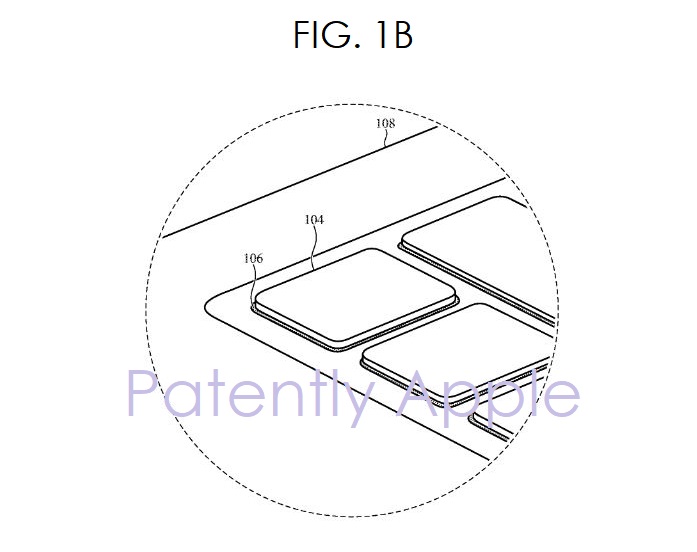 In patent FIG. 1B the keycap can be a single layer or multi-layer keycap made from any number of suitable materials or combination of materials, such as, but not limited to, plastic, glass, sapphire, metal, ceramic, fabric, and so on.

Apple notes that the outer surface of the keycap accommodates an image, glyph, or symbol that corresponds to a function associated with the key that may be performed when the key is pressed by the user.

Another patent application (#20180029339) filed last week covered the use of glyphs on keyboards. Apple's patent FIG. 11 below from last week's patent shows us a flowchart of method for producing a reduced friction surface over at least one surface of a keycap. 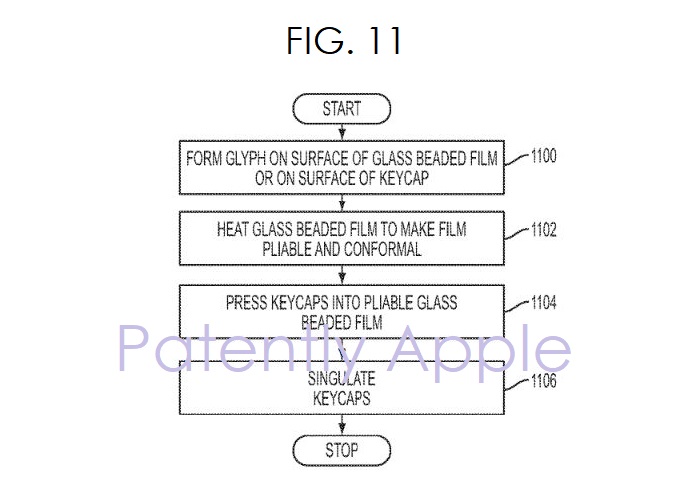 The patent application last week placed a lot of attention on keys with reduced frictions surfaces.

While Apple's MacBook Pro Touch Bar carries some of the features covered in these patents, they don't cover all and Apple may want added features and alternative features for cheaper MacBooks.

Apple has been working on this for some time. In 2014 Patently Apple posted a report titled "Apple Rethinks the Keyboard with Gesture Controls & In-Key Displays to Support Pictograms, Symbols and Glyphs."

As a side note I own a Microsoft's Keyboard with Fingerprint ID. The one key for fingerprint ID is a joke. It doesn't work 50-60% of the time. If it rejects your fingerprint, there's no second or third try like when using Touch ID on my iPhone. The key isn't glass, so how is it reading my fingerprint? I don't think it is. It's false advertising and hopefully Apple could get it right if they so choose to include it in an individual key on a Mac keyboard without the Touch Bar.