Home Archives Contact Us Subscribe Twitter MeWe Facebook Patently Mobile
After China, the EU is now working on a Law that could Force Companies like Apple to give up Customer Data on Demand
Apple Granted a Patent for a Dual Display MacBook or Second Generation iPad Pro 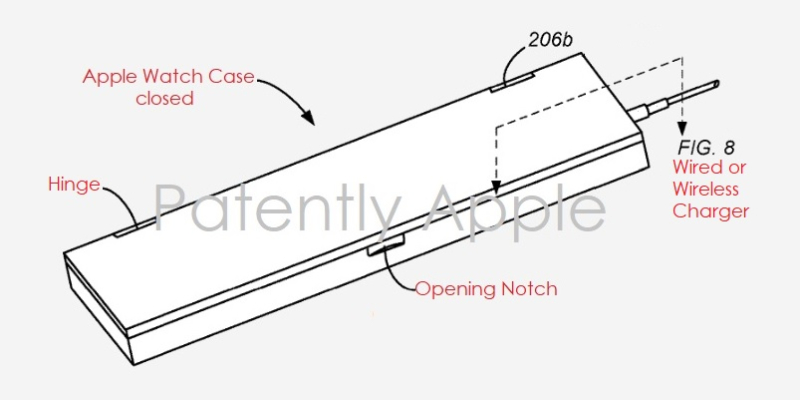 The U.S. Patent and Trademark Office officially published a series of 26 newly granted patents for Apple Inc. today. In this particular granted patent report we cover a new wireless Apple Watch Carrying Case that's never been seen before. Apple's patent describes it as "wirelessly charging electronic devices, to cases and/or docking stations for electronic devices, and to systems and methods associated with such." The timing of this Apple Watch charging case coming to market is unknown at this time or if Apple has abandoned this product. Yet, in a way, it's like Apple's wireless charging AirPods case, so it sounds plausible.

Apple's newly granted patent covers their invention relating to a case that can securely hold and store an Apple Watch. Embodiments of the case can include circuitry that can charge the stored electronic device and some embodiments can further include circuitry that can charge the one or more bands stored in the case if those bands have electronic components, such as circuitry, sensors and/or batteries that also require power.

Apple mentioning the ability to charge bands as well as Apple Watch supports possible future smart bands that Apple has filed patents for in 2016 here and here, for example. 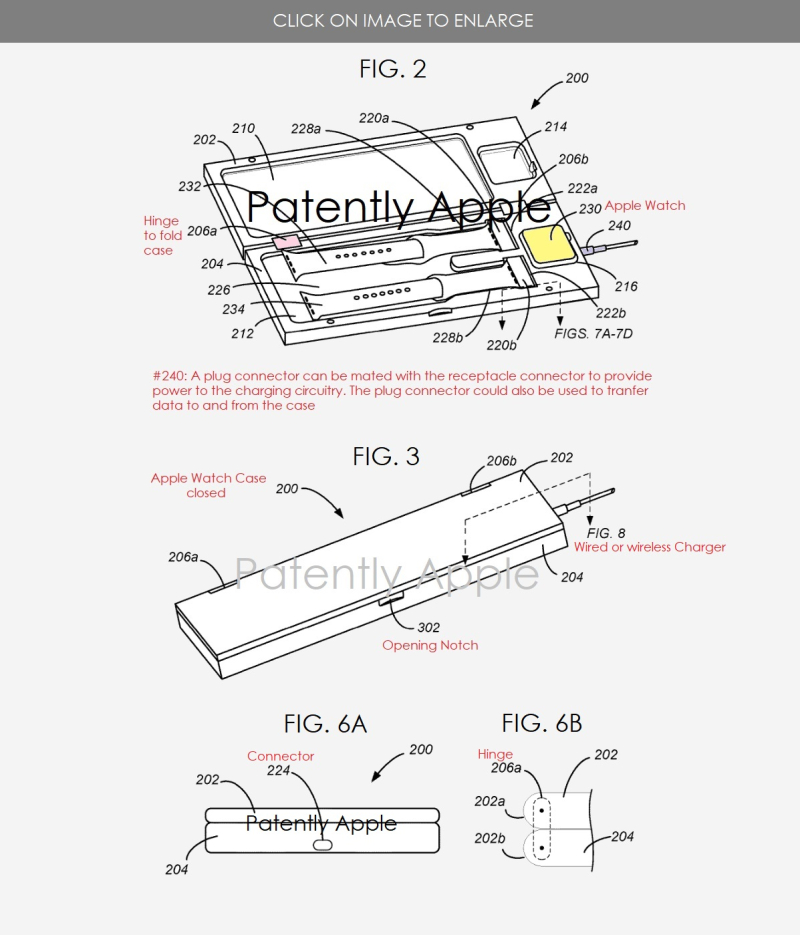 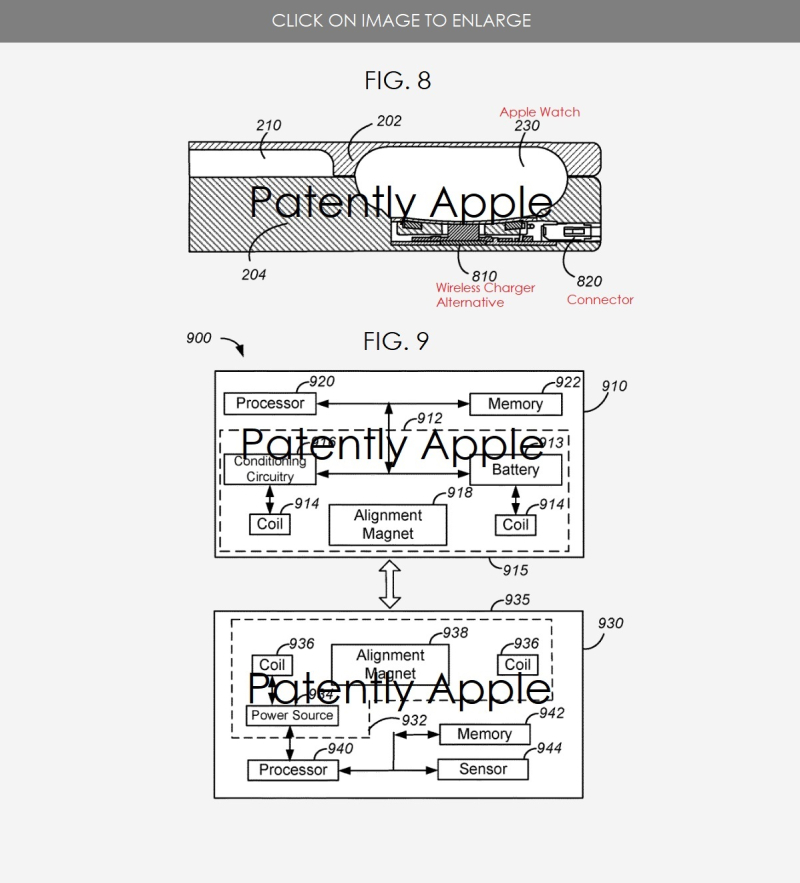 In Apple's patent FIG. 9 noted above we're able to see a simplified block diagram of various power-related components in a system #900 that includes Apple Watch #910 and a wireless charger #930.

Further the Apple Watch in FIG. 9 includes an inductive power-receiving component #912 while wireless charger #930 includes a power-transmitting component #932. Within the power receiving component, battery #913 is operably connected to a receive coil #914 via power conditioning circuitry #916. The receive coil can be inductively coupled to a transmit coil #936 of wireless the charger to receive power wirelessly from the charger and pass the received power to the battery within Apple Watch via the power conditioning circuitry.