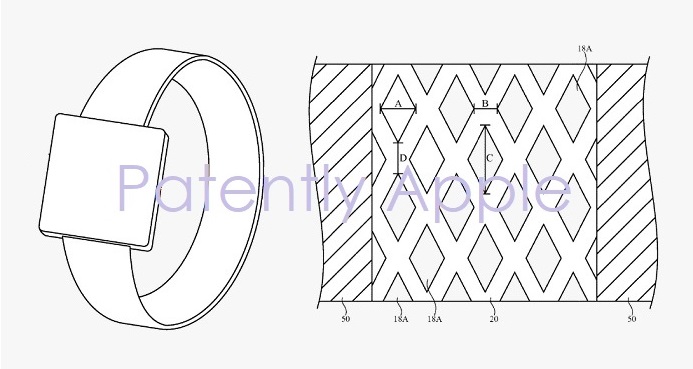 The U.S. Patent and Trademark Office officially published a series of 46 newly granted patents for Apple Inc. today. In this particular report we cover a patent for structured fabrics that are used in a Beats speaker and likely the new HomePod. The second patent covers an iPhone dock that could be controlled with unique gestures like knocking on a table. We wrap up this week's granted patent report with our traditional listing of the remaining granted patents that were issued to Apple today.

More specifically, Apple lists a series of possible products that may use structured fabric in the future that may be used in forming part of an electronic device such as a laptop computer, a computer monitor containing an embedded computer, a tablet computer, a cellular telephone, a speaker, a media player, or other handheld or portable electronic device, a smaller device such as a wrist-watch device, a pendant device, a headphone or earpiece device, a device embedded in eyeglasses or other equipment worn on a user's head, or other wearable or miniature device, a television, a computer display that does not contain an embedded computer, a gaming device, a navigation device, an embedded system such as a system in which fabric-based equipment is mounted in a kiosk, in an automobile or other vehicle, equipment that implements the functionality of two or more of these devices, or other electronic equipment.

The speaker that Apple lists above is seen below in patent FIGS. 2 and 3 with a stiffened fabric sleeve as part of a Beats Pill + Portable Speaker. 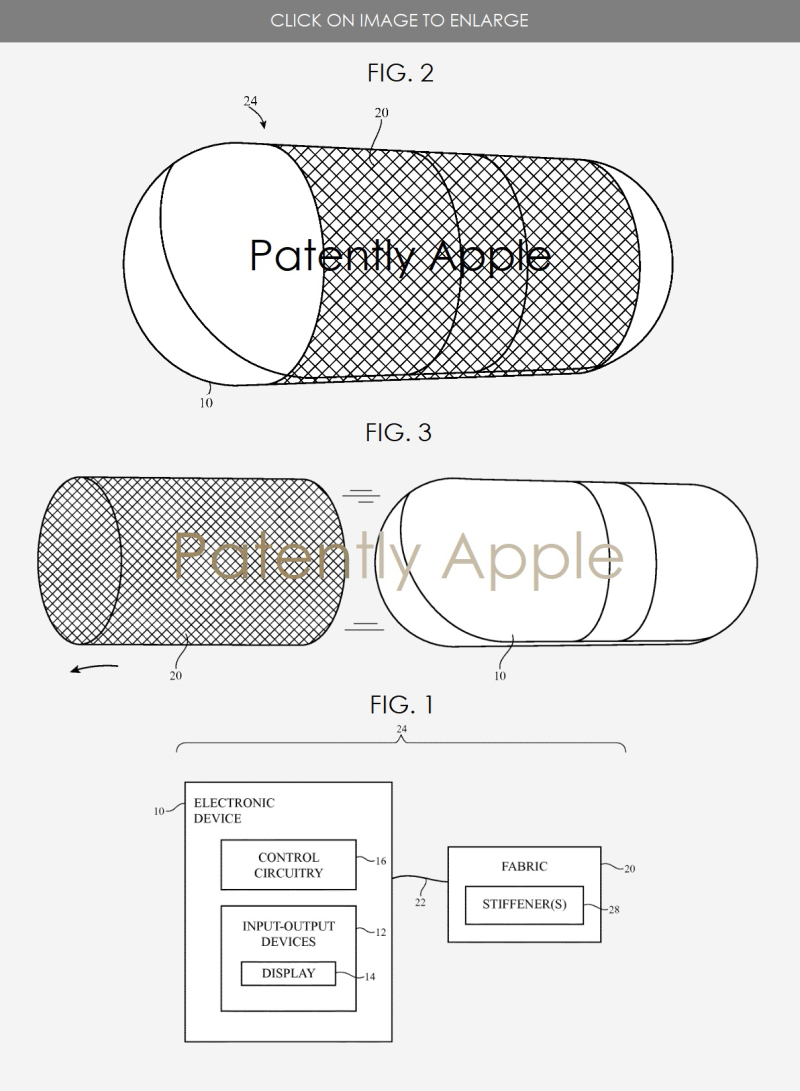 It could also be that this technique has been used in Apple's HomePod that provides a mesh-like appearance, as FIG. 5 illustrates a diamond shaped appearance which is exactly what the HomePod uses. 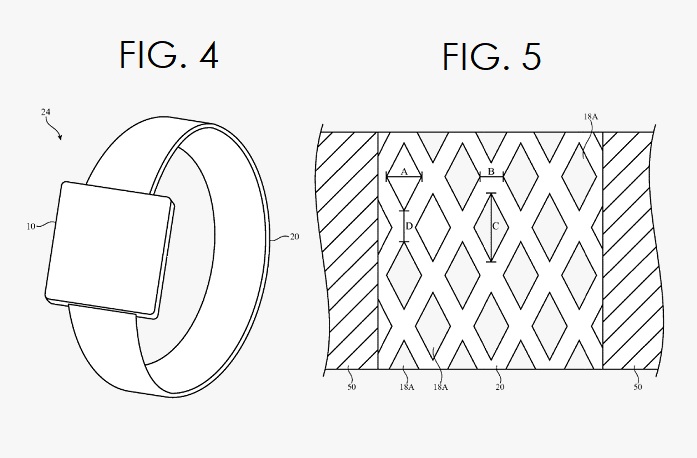 Apple's granted patent 9,894,789 was originally filed in Q4 2014 and published today by the US Patent and Trademark Office. 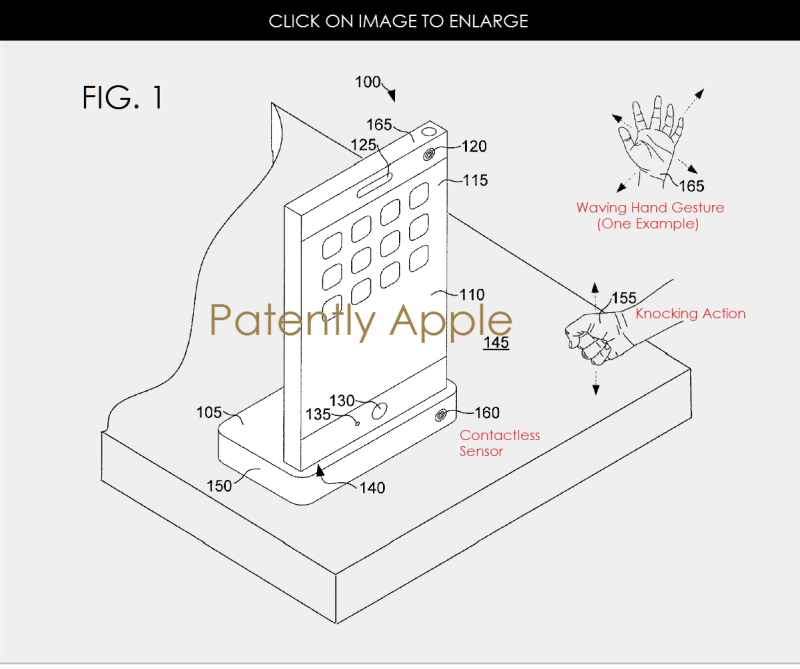 In Apple's patent FIG. 1 above we're able to see a front perspective view of an electronic device mated to a docking station. In one embodiment a user may prefer to interact with electronic device 100 with an impact event rather than an alternative manner such as depressing home button 130 or touching display screen 115. Electronic device 100 may be configured to distinguish between different impact inputs such as knocking on the table once for one command, twice for another command and three times for yet another command. These embodiments and others will be described in greater detail below.

Patently Apple covered this granted patent as a patent application report back in Oct 2015. Check out our report for more information and graphics.

Apple's granted patent was originally filed in 2014 and published today by the US Patent and Trademark Office. 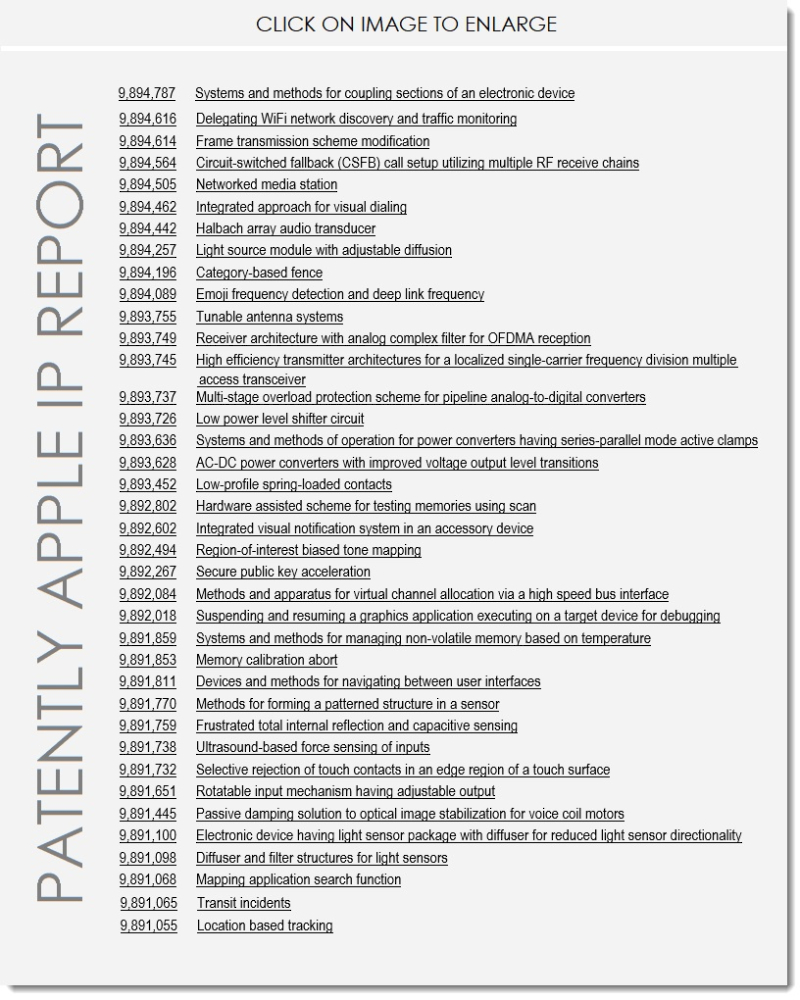