Tony Fadell, Former SVP of Apple's iPod Division, Steps in on the Subject of iPhone Addiction in a Video Report 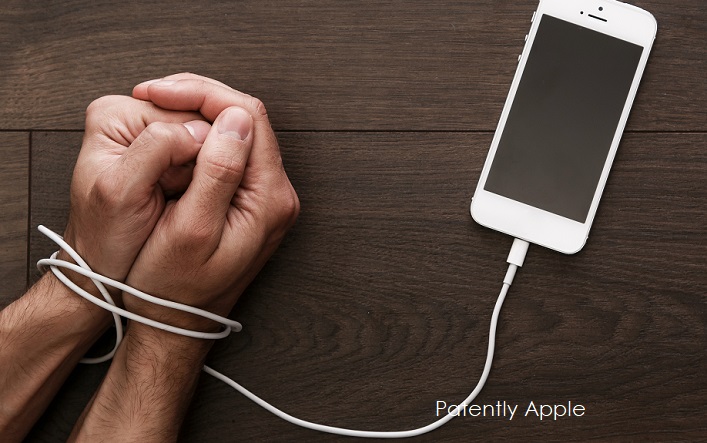 Starting the week off Patently Apple posted a report titled "Big Apple Shareholders Sent Apple a Letter Saturday urging them to take Steps to Address Growing iPhone Addiction." While Apple already offers Parent Controls for macOS and iOS, Apple recently communicated with the tech site iMore to say that they have even more new features and enhancements coming to their current Parent Controls on the way.

On Thursday Tony Fadell stepped, former SVP of Apple's iPod division, stepped in to discuss the rise of smartphone addiction and how Silicon Valley can fix the problem. The CNN video report was conducted by Tech Senior Correspondent Laurie Segall.

At the end of the day, dubbing it the 'iPhone addiction' in a negative way is a nice marketing move on the part of Apple's competitors who collectively own 85% of smartphone sales around the world.

In a Bloomberg video report as noted below, they question why it's an iPhone addiction when Facebook and Snapchat and other apps and smartphones are just as addictive. Though no matter how it plays out, at least for Apple fans, it's premium addiction.

Side Note: While CNN credited Fadell as being a co-iPhone creator, history only acknowledges Fadell as having created the rejected version of the iPhone that resembled an Pod. The original team stories (one and two) don't have Fadell associated with iOS and the final original iPhone as we know it. Jonathan Ive is credited with the design of the iPhone.

While Fadell attempts to force history to remember him as a co-iPhone creator through round end stories and blurring-line projects in the hopes of it translating to him being a co-creator, you have to wonder why there isn't an official account crediting him as such. Did Jony Ive make sure of that politically?

While some will argue, do you think that Fadell's work on the iPod instantly make him a co-iPhone creator? Wikipedia's bio on Tony Fadell never associates or connects him to the iPhone at all. Where do you stand?