The U.S. President Singled Apple out during his State of the Union Address for their Plans to Spend $350 Billion in the U.S. 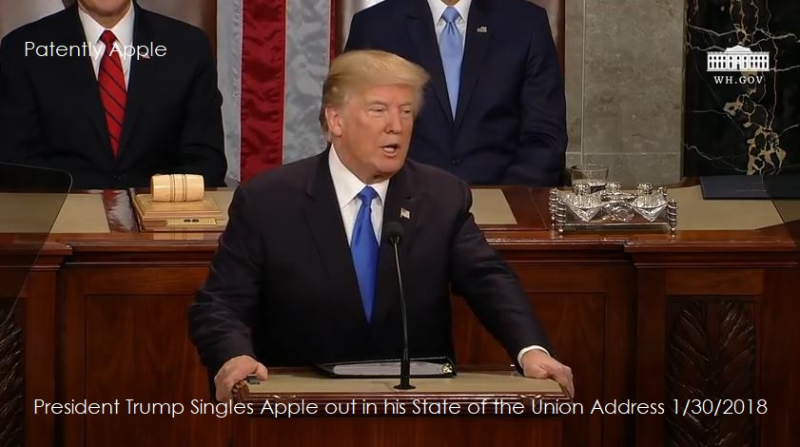 Patently Apple posted a report on January 17 titled "As the Dow Closes above 26,000, Apple Announces Mammoth Investments in the U.S. while Promising to Create 20,000 Jobs." Apple's contribution to the US economy over the next five years is to amount to $350 billion plus invest an additional $5 billion in an advanced manufacturing fund while hiring 20,000 new workers. 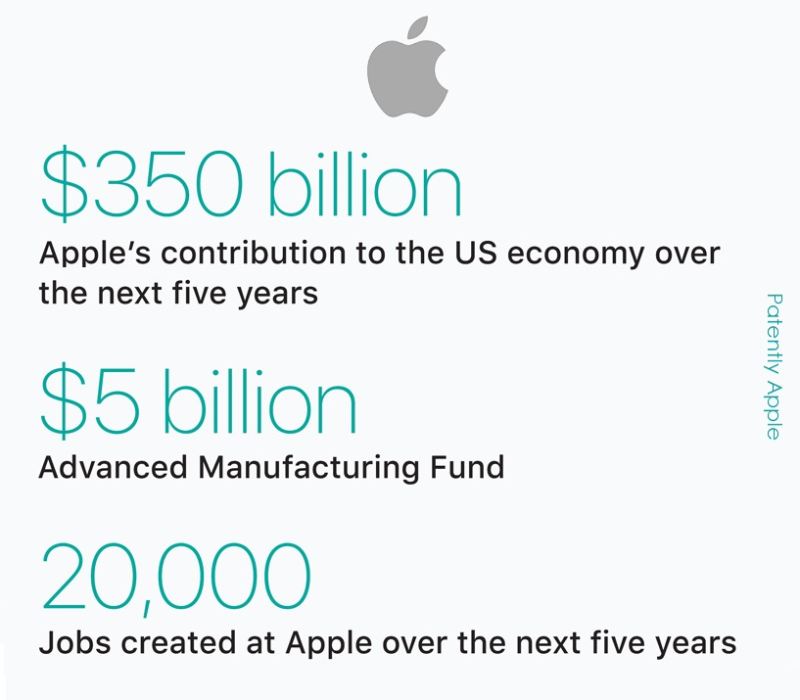 In one segment of the President's State of the Union speech before Congress last night he talked about the Republican tax cuts, plants coming back to America, and companies making huge investments in the country such as Exxon and Apple. The President specifically noted at the 16:20 mark of his address: "Apple has just announced plans to invest a total of $350 billion in America and hire another 20,000 workers." The news deservingly got a standing ovation.

On the same day that Apple made their investments in the U.S. over the next five years, they also announced in a second press release that they would give most of their employees a bonus of $2,500 in stock because of the tax cuts that will allow Apple to bring back most of their money that has been parked outside the U.S. due to the high U.S. taxes.