In a couple of new reports published today we're learning that both UK PM Theresa May and AT&T CEO Randall Stephenson hammered Facebook and social media on several fronts.

We're learning that Theresa May is going to call on investors to boycott social media platforms that don't delete and censor perceived "extremist" views. The UK was hit with a series of terrorist events last year, with the worst being the Manchester Arena bombing that occurred during an Ariana Grande concert.

Speaking at the Davos World Economic Forum, Theresa May will argue that not enough is being done to fight terrorism and pedophiles online. The UK's Prime Minister posted a tweet as noted below earlier today. 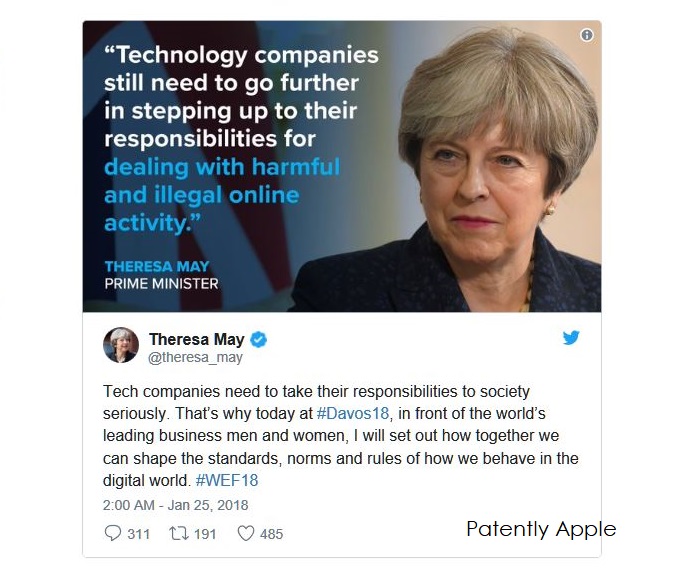 Of course Theresa May isn't alone on this as it was reported last week that "The EU has gone as far as to threaten social media companies with new legislation unless they increase efforts to fight the proliferation of extremist content and hate speech on their platforms." 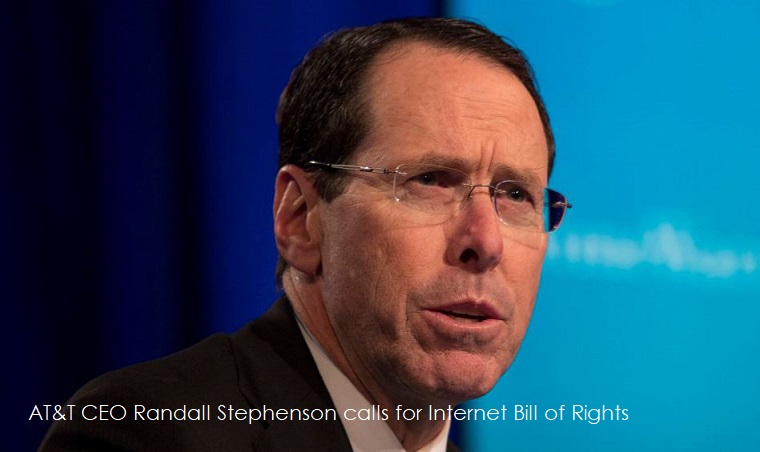 He was echoing the content in AT&T's ad that ran in the NY Times, Post, Wall Street Journal, the L.A. Times and USA Today yesterday, as noted below. 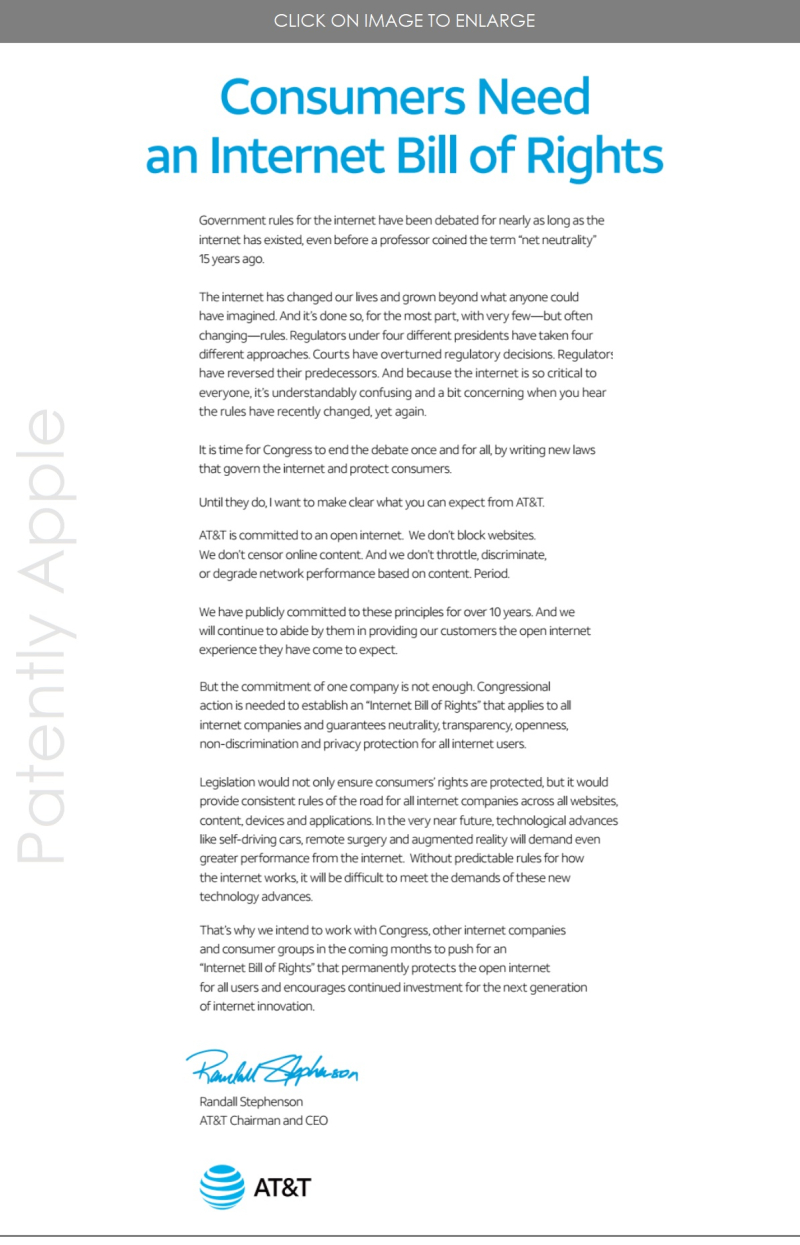 While we're on the topic of social media, Ex-Facebook executive Chamath Palihapitiya told CNBC back in December that social media is creating a society that confuses "popularity" with "truth." He points out at one point that if you have enough money, you could use social media directly to push your personal opinions and have them presented as facts unfiltered.

Having unfiltered points of view from influential executives with personal agendas from climate change to transgender bathrooms is an unsettling trend. The news used to keep extremists with any narrow views off the news networks whereas now they're instant internet stars.

Now even news channels have blurred the line to compete with social media and have decided that "social speak" is the new news. It's not about telling us about news events; it's about social influence and creating the news for the sake of clicks and ratings. It's about tech companies focusing as much time on trying to influence society as it is about making products.

While politicians and governments are grappling with how to regulate the internet and perhaps keep Social Media about social interactions between friends and colleagues and away from being an unregulated news organization, the topic at some point will shift back to companies like Apple over encryption.

In fact, I wouldn't be surprised to hear Theresa May point to Apple in some shape or form in her Davos speech because their beef with technology isn't limited to Facebook and Twitter. It's equally about terrorists using encrypted applications and it having serious realtime consequences in her country. A sentiment shared by FBI Director Christopher Wray.

Something tells me that 2018 could be another contentious year with Internet and tech companies getting in our face over countless social issues and this year's mid-term elections. At some point in time, customers will have to push back and say stick to your core products and out of my face or lose my business.

This new movement begins with Theresa May leading the way by calling for the first of many boycotts to come against tech companies and I think it's about time.