On January 4th Patently Apple posted a report titled "Samsung Reveals their new Galaxy S9 Processor will Deliver Apple-Like Face ID and Neural Network Features." When Apple introduced the iPhone X, Phil Schiller introduced Apple's new A11 Bionic neural engine wherein the first AI engine now controls Face ID, Animoji and other machine learning tasks. Apple's Neural Engine is AI hardware in the form of chips buried in the A11 processor. In our January report we revealed that Samsung's upcoming Galaxy S9 will introduce their new Exynos9 series 9810 processor that will power similar AI features covering facial recognition and neural network-based deep learning. Yet Apple getting the leap on Samsung sent them in to hyper-mode in a effort to keep Apple's iPhone lead in check. 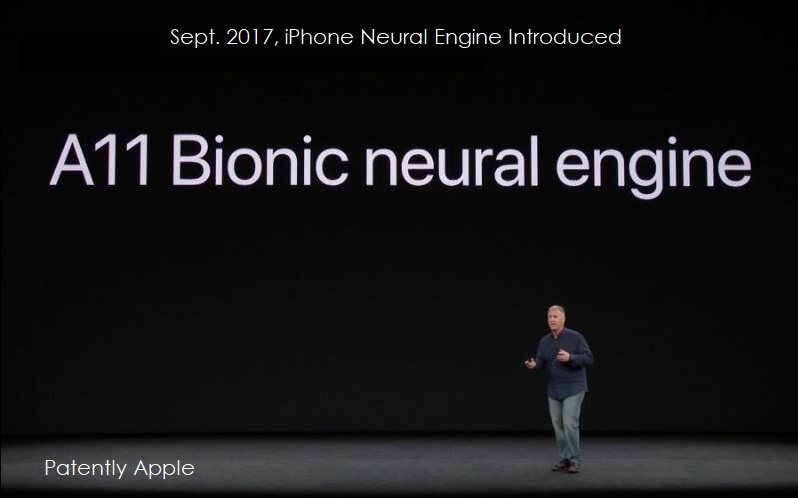 We're now learning that Samsung wants to provide their smartphones and home appliances with a superior digital assistant to Apple's Siri. They introduced Bixby last year, but it has since received a rather lukewarm response from tech critics.

Critics have said Bixby fails to clearly understand users' voice commands or respond to their questions. According to the US research firm Strategy Analytics, it is also predicted to reduce its market share to 5.4 percent by 2022 while its Chinese and US rivals will see theirs rise. Samsung's Mobile CEO recently fired back by saying that "It is too early to talk about the global share of Bixby now because it just started."

He went on to say that "While most AI-powered voice recognition technologies are developed by non-hardware firms and try to be personal assistants, Bixby is more focused on integrating with devices."

He was almost as touchy about Bixby as Greg Joswiak was about Siri when interviewed by Wired. Joswiak vehemently argued that Siri was a "get-shit-done machine."

While Siri has its strengths no doubt, I seldom use it because of the stupid responses I've gotten over the years. Most of the time Siri will simply direct me to some information on the web instead of actually answering me. Anyone could search Google on their own, so consumers expect a digital assistant to really assist. It does on very specific tasks, but not in general which is what consumers like. In my opinion, the Google assistant is better for general inquiries. I think most in techland would agree and Samsung's research knew that as well.

To get Bixby to where consumers want it to be, rather than what Samsung had in mind, they sought out and hired Larry Heck, a world-class AI guru. Larry Heck developed Google's Google Assistant, one of the best AI services in the world along with Microsoft's Cortana. 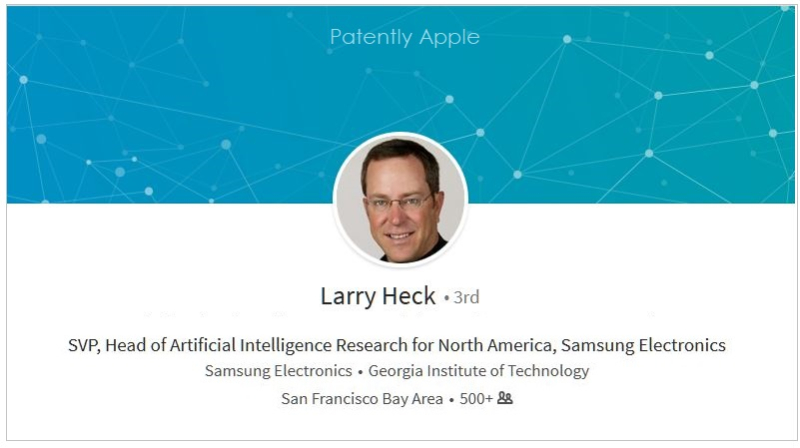 Funded by the US government's NSA and DARPA, Heck led a team at SRI International that developed one of the first successful deep neural networks (DNNs) for speech processing.

Dr. Heck gave a keynote address with Son Young-kwon, president of Samsung Electronics, at the closed-door AI Conference held by SRA on January 17 to 18. In the conference, presentations were made by leading scholars in AI working at Google, MIT, Carnegie Mellon University and UC Berkeley with about 300 participants in attendance.

Heck stated in his keynote that "AI and machine learning will become the main stream in the future. Samsung Electronics is planning to explore new ways through collaboration with companies, academia and researchers. We will hold AI-related events all over the world."

Along with the recruitment of Dr. Heck, Samsung said that they'll concentrate on an 'AI First' strategy, which was a line used in a Google keynote back in 2016 when Heck was with them. 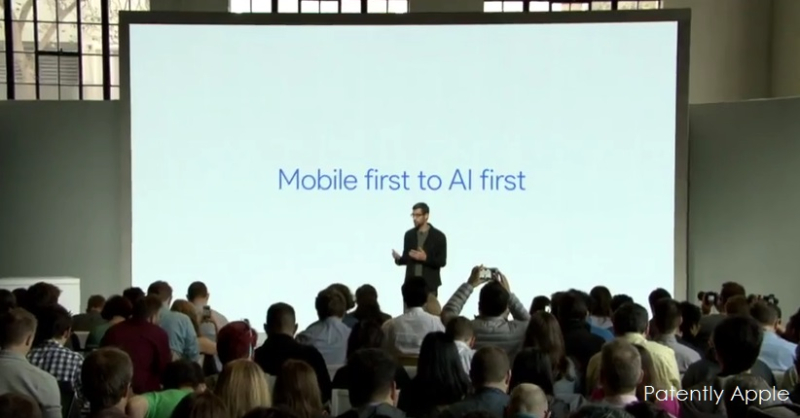 Samsung Electronics announced last year that the company would establish an AI lab in Canada and work with professor Yoshua Bengio of Montreal University, a top authority in AI and machine learning.

Samsung has been very aggressive jumping into the digital assistant space and with their latest hire, Samsung is likely to get their digital assistant to where they need it to be on a fast track while getting a nice leap for their AI platform in the long run.

Yesterday Patently Apple posted a report titled "Samsung Designs Smartphone Face that will allow Content to be stretched into the Camera and Sensor Areas on Demand." Samsung wants to deliver a future Galaxy smartphone that could offer a true full screen experience without a nasty notch on its face like Apple's latest iPhone X. Whatever Apple delivers, Samsung is out to match or better it like the true tech machine that they are.

At the end of the day, I'd love nothing more than to see Samsung fall off a market cliff, but it's quite evident that they're here to stay and determined to be in Apple's face at every turn.

In a way, a tenacious competitor like Samsung is one way to keep Apple on their toes at all times and even get a little ahead of them to really notch up their rivalry. Some of the next races will be in the areas of advanced digital assistants, all things AI, AR and VR.

With Apple jumping on Augmented Reality, Face ID and Animoji with iPhone X, Samsung's head must have popped putting them into hyper gear to catch up. We'll have to see what they have up their sleeve when the Galaxy S9 debuts in late February, yet for now, they're in Apple's rear view mirror.