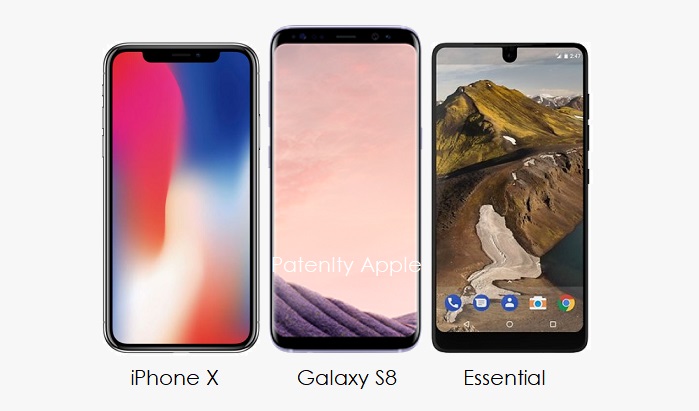 In a report posted by Korea's ETNews on Tuesday, they noted that Apple is looking into combining a face recognition module with a camera module for a future iPhone. From that tidbit many think it'll directly translate to a future premium iPhone having a smaller notch, a feature many iPhone fans aren't crazy about. In our cover graphic you're able to see Apple's iPhone X, Samsung's Galaxy S8 and the Essential Phone, each having their own version of what a full screen display should look like. Well, to get ahead of Apple, Samsung has invented a design and method to get around having a notch at all so that content or their  user interface could extend from top to bottom cleanly.

One of Samsung's latest patent applications titled "Electronic Apparatus having a Hole Area within screen and Control Method Thereof" was published today by with the World Intellectual Property Organization (WIPO). Below you're able to view Samsung's patent FIGS. 7 and 9e. 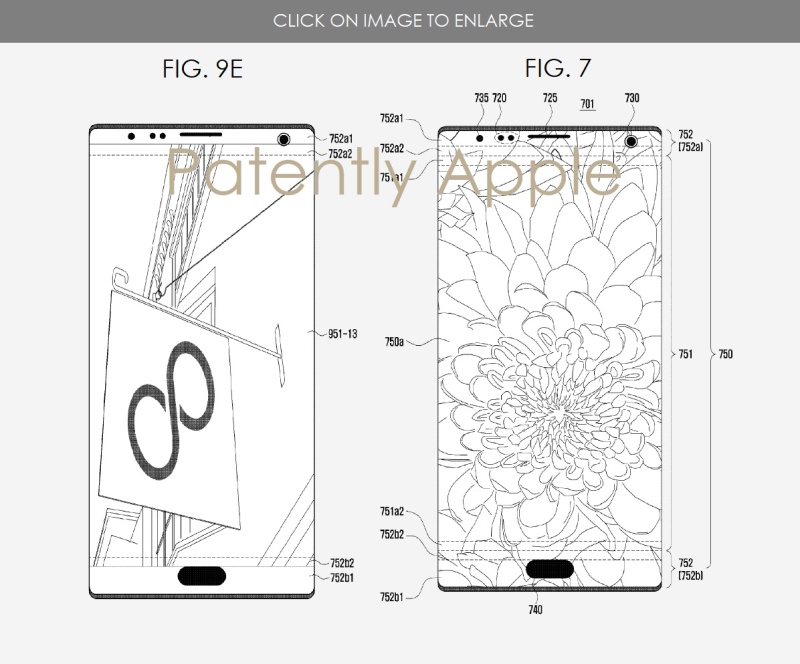 Samsung's Patent FIG. 7 illustrates a full screen of content from top to bottom. Samsung notes in their filing that the smartphone processor may analyze the first area 751al and/or the second area 751a2 and enlarge the content 750a displayed on the main area 751 up to the first enlarged area 752a1 and/or the second enlarged area 752a2 (at the top of the display) or 752b1 and 752b2 (at the bottom of the display).

Samsung's patent 9E illustrates content being restricted to a more conventional set up where the home button and camera areas don't interfere with content.  The impression is that the user will be able control whether to have their content restricted to a conventional screen or choose to go with complete full screen as noted in FIG. 7 to better view movies, YouTube or TV content. 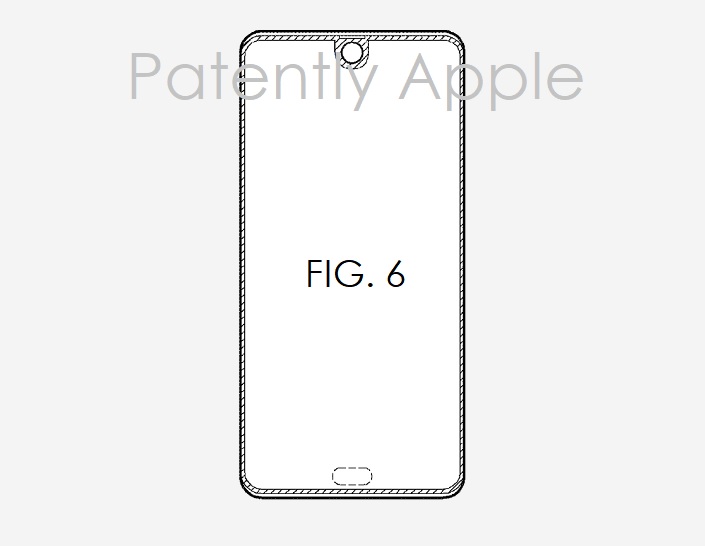 The other reason for adding the "Essential Phone" to our cover graphic is because Samsung's patent FIG. 6 noted above reveals an identical design. Did the Essential Phone come from Samsung or is it Samsung copying the Essential Phone design? While the design is another form of compromise, it's unlikely to ever contain as many components as the iPhone X has today crammed into such a tiny notch like that.

Considering this is a patent application, it is unknown at this time when or if Samsung will bring this design to market.