For the month of November, Apple recorded its best ever iPhone sales in a single month in the USA 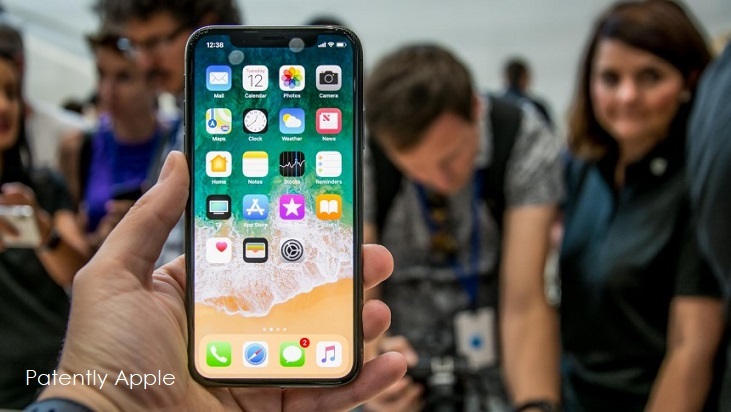 Earlier this morning Patently Apple posted a report about an estimated overview of how Apple's iPhone models may have broken down for Q4 2017. Another analytical report published today provides us with a clearer picture for how iPhone sales played out for November when the iPhone X was released.

Today, Counterpoint published a report on Global Smartphone Model sales by market share for November 2017 as noted below. 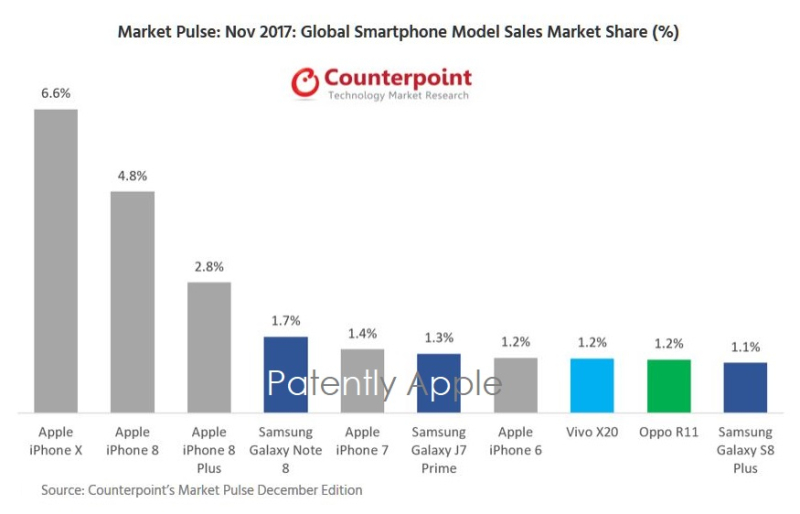 The report noted that "After a steady start, Apple picked up in November with sales of the iPhone X. Apple recorded its best ever iPhone sales (Sell through), in a single month in the USA in November 2017.

According to the latest research from Counterpoint's Market Pulse December Edition, Apple dominated the premium tier smartphone market. All three latest models from the company occupied the top three spots in the global bestselling smartphone board in November 2017.

The share of Samsung Galaxy Note 8 was down sequentially, however overall performance of the brand was healthy compared to last year. More