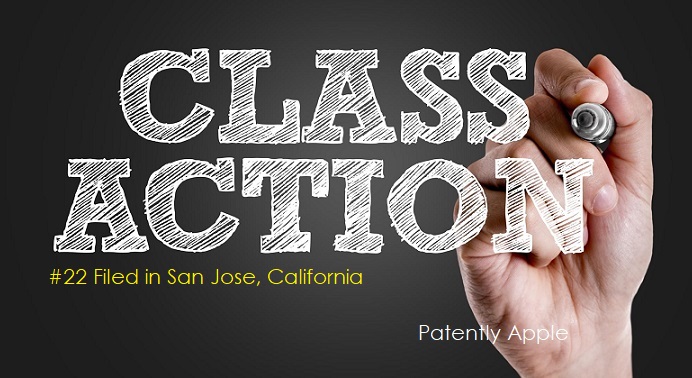 John Solak has filed Class Action #22 against Apple for purposely slowing iPhones in the District Court of Northern California, San Jose. An additional four Class Action lawsuits are reportedly in-the-works in Canada, South Korea, Australia and France but are not official at this point in time.

In Mr. Solak's formal complaint before the court, he stated in his introductory commentary in-part that "Apple markets its iPhones as premium products with remarkably fast processors and epic performance. Each year, millions of American consumers bite—so many, in fact, that they have made Apple the most valuable company in the world.

Like every vendor, Apple has duties of truthfulness and candor to its customers. It also has the duty not to purposely degrade the performance of its customers' phones, and certainly not without their knowledge or permission.

Yet Apple has violated these duties by arrogating to itself the right to throttle the performance of millions of iPhones under at least three common conditions, such that its behavior will likely affect millions of consumers. What's more, Apple acted by misrepresentation and deception. Consumers did not know of, or consent, to Apple's decision to slow their devices.

20: Class Action #22 against Apple was filed in San Jose California for Slowing iPhones by Misrepresentation and Deception

Please note that it's been reported that lawsuits against Apple on this issue are in-the-works in France, South Korea, Australia and Canada in 2018, but are not presently official and therefore cannot be a part of the official list of Class Actions noted above.

Point of Interest: The law firm behind this case was behind a case that Apple lost in 2015 regarding iBooks