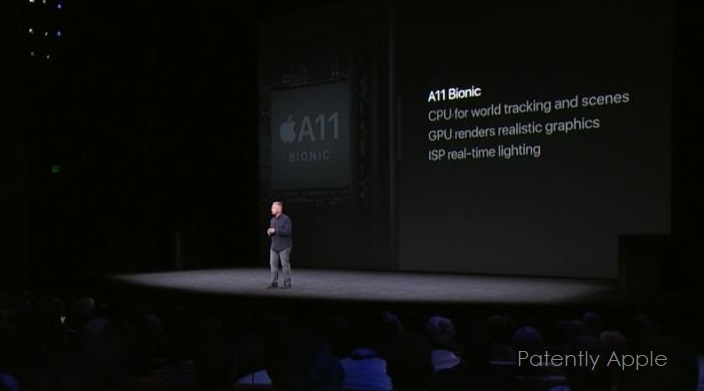 Back in November Patently Apple posted a report covering an interview with Apple's SVP of Hardware Technologies Johny Srouji who talked about the company's Bionic A11 chip that controls Animoji, Face ID and more. Srouji discussed Apple's ascent up the supply chain ladder, and the fine balance between what the company plans to buy from vendors and what it plans to develop in-house in the future. Today, Bloomberg provides us with a quick look at the history of Apple's humble chip work that is aggressively expanding so that it is able to control more and more of the quality experience of their devices, separating them from competitors.

Bloomberg's Mark Gurman states in his report that "For several years, Apple has been steadily designing more and more of the chips powering its iPhones, iPads, Macs and Apple Watches. This creates a better user experience and helps trump rivals. Recently the company got a fresh incentive to go all-in on silicon: revelations that microprocessors with components designed by Intel Corp., Arm Holdings Plc and Advanced Micro Devices, Inc. are vulnerable to hacking.

Steve Jobs long believed Apple should own the technologies inside its products rather than rely on mashups of components from other chip makers, including Samsung, Intel and Imagination Technologies. In 2008, the company made a small but significant step in that direction by acquiring boutique chip maker P.A. Semi. Two years later, Jobs unveiled the iPad. The world focused on the tablet's giant touchscreen, book-reading prowess and creativity apps. But the most ground-breaking technology was hidden away inside: the A4, Apple's first processor designed in-house.

That original 'system-on-a-chip' has since been succeeded by increasingly powerful processors. Today, Apple packs its devices with custom components that process artificial intelligence tasks, track your steps, power game graphics, secure Face ID or Touch ID data, run the Apple Watch, pair AirPods to your phone and help make Macs work the way they do. The result: a chip powerhouse that could one day threaten the dominance of Qualcomm Inc. and even, eventually, Intel." 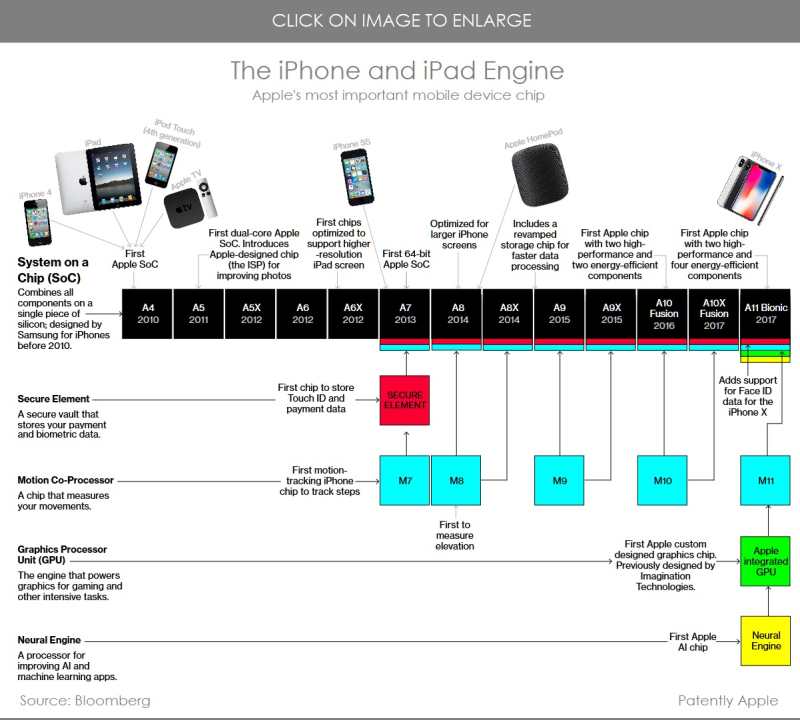 The report further noted that "Piper Jaffrey senior analyst Mike Olson says that by designing its own chips, Apple cuts component costs, gets an early jump on future features because it controls research and development and keeps secrets away from frenemies such as Samsung.

Apple isn't the first company to create its own chips in-house. It's just the most successful. HP Inc., Motorola, International Business Machines Corp. and Koninklijke Philips NV all had chip divisions at one time or another. Those ultimately failed or stumbled because chip-making is the sport of kings: It's brutally expensive and requires massive scale." For more on this, check out the full Bloomberg report here.

Apple acquired Israeli company PrimeSense back in 2013 and Patently Apple quickly did a report covering some of the technology and patents that Apple was gaininng. We also covered many of Apple's patents stemming from the PrimeSense engineers over the years (one, two, three and many, many more). PrimeSense technology is now embedded in Apple's A11 Bionic Chip.

Another great company that Apple acquired in November 2017 is InVisage. It reminds me of PrimeSense in that the company brings great new technology to the table backed by more than 100 patents. Many of the patents cover Quantum Dot technology for advanced cameras and beyond.

Some have speculated that the image sensors designed by InVisage could one day eliminate those form Sony that are used in today's iPhones.

Yet the technology that may be key from InVisage relates to their technology called QuantumFilm as presented in the video below. This could likely make its way into future iterations of Apple's designed silicon to provide Apple's iPhone with even greater advancements in their premium smartphone cameras in the future.