As the Dow Closes above 26,000, Apple Announces Mammoth Investments in the U.S. while Promising to Create 20,000 Jobs 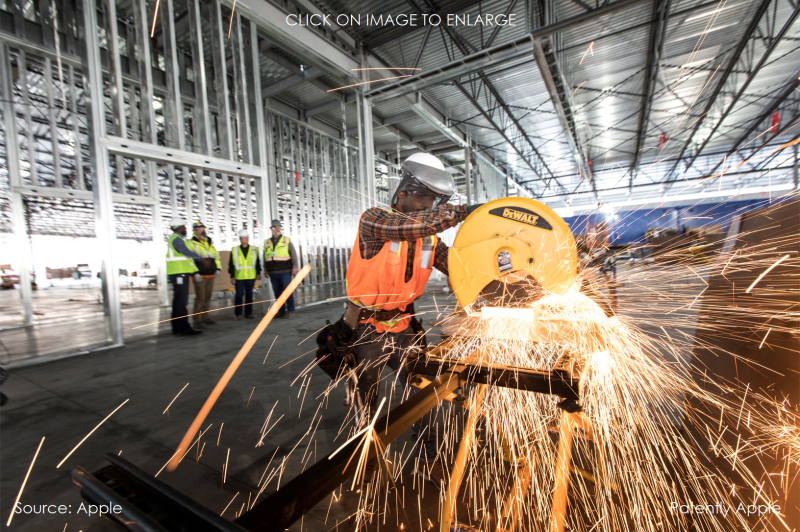 As the Dow Closed at a new record high above 26,000, Apple announced a new set of investments to build on its commitment to support the American economy and its workforce, concentrated in three areas where Apple has had the greatest impact on job creation: direct employment by Apple, spending and investment with Apple's domestic suppliers and manufacturers, and fueling the fast-growing app economy which Apple created with iPhone and the App Store. Apple is already responsible for creating and supporting over 2 million jobs across the United States and expects to generate even more jobs as a result of the initiatives being announced today.

Combining new investments and Apple's current pace of spending with domestic suppliers and manufacturers — an estimated $55 billion for 2018 — Apple's direct contribution to the US economy will be more than $350 billion over the next five years, not including Apple's ongoing tax payments, the tax revenues generated from employees' wages and the sale of Apple products. 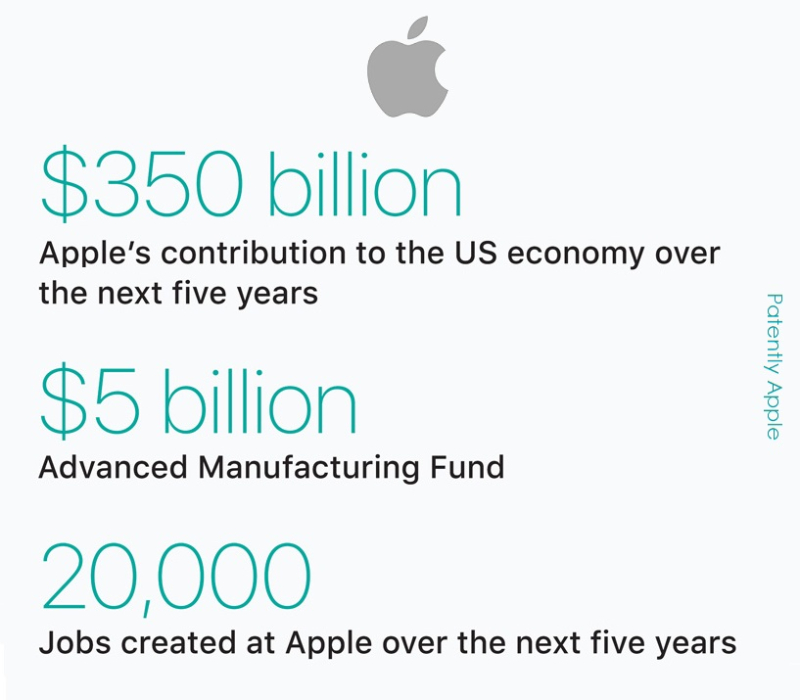 Planned capital expenditures in the US, investments in American manufacturing over five years and a record tax payment upon repatriation of overseas profits will account for approximately $75 billion of Apple's direct contribution.

Tim Cook, Apple's CEO stated for this announcement that "Apple is a success story that could only have happened in America, and we are proud to build on our long history of support for the US economy. We believe deeply in the power of American ingenuity, and we are focusing our investments in areas where we can have a direct impact on job creation and job preparedness. We have a deep sense of responsibility to give back to our country and the people who help make our success possible."

Apple, already the largest US taxpayer, anticipates repatriation tax payments of approximately $38 billion as required by recent changes to the tax law. A payment of that size would likely be the largest of its kind ever made. 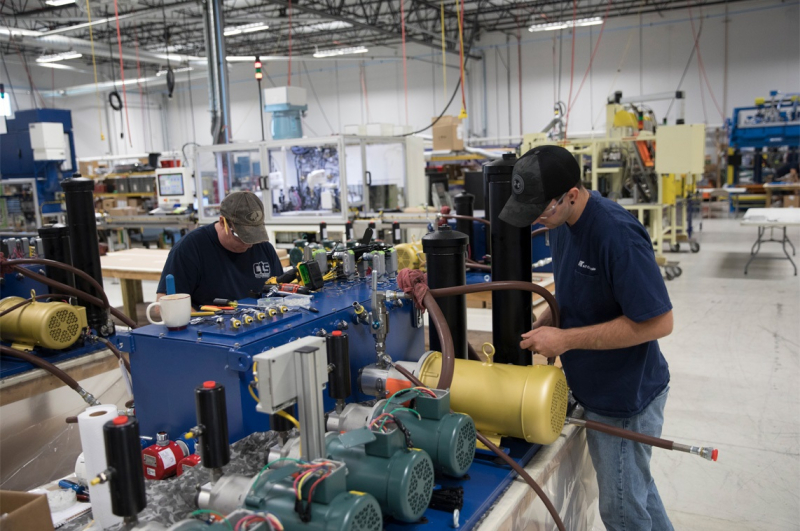 Apple expects to invest over $30 billion in capital expenditures in the US over the next five years and create over 20,000 new jobs through hiring at existing campuses and opening a new one. Apple already employs 84,000 people in all 50 states.

The company plans to establish an Apple campus in a new location, which will initially house technical support for customers. The location of this new facility will be announced later in the year.

Over $10 billion of Apple's expanded capital expenditures will be investments in data centers across the US. Over the last decade, Apple has invested billions of dollars in data centers and co-located facilities in seven US states, including North Carolina, Oregon, Nevada, Arizona and a recently announced project in Iowa.

Today, Apple is breaking ground on a new facility in downtown Reno, which will support its existing Nevada facilities.

All of Apple's US facilities, including offices, retail stores and data centers, are powered by 100 percent renewable energy sources like solar, wind and micro-hydro power, which Apple generates or purchases from local projects. The new campus announced today will also be powered entirely by green energy. 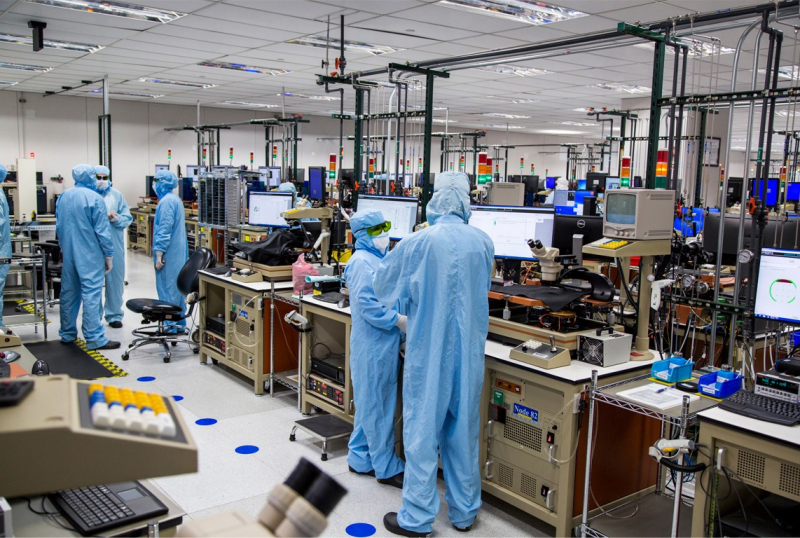 Building on the initial success of the Advanced Manufacturing Fund announced last spring, Apple is increasing the size of the fund from $1 billion to $5 billion. The fund was established to support innovation among American manufacturers and help others establish a presence in the US. It is already backing projects with leading manufacturers in Kentucky and rural Texas.

Apple works with over 9,000 American suppliers — large and small businesses in all 50 states — and each of Apple's core products relies on parts or materials made in the US or provided by US-based suppliers. 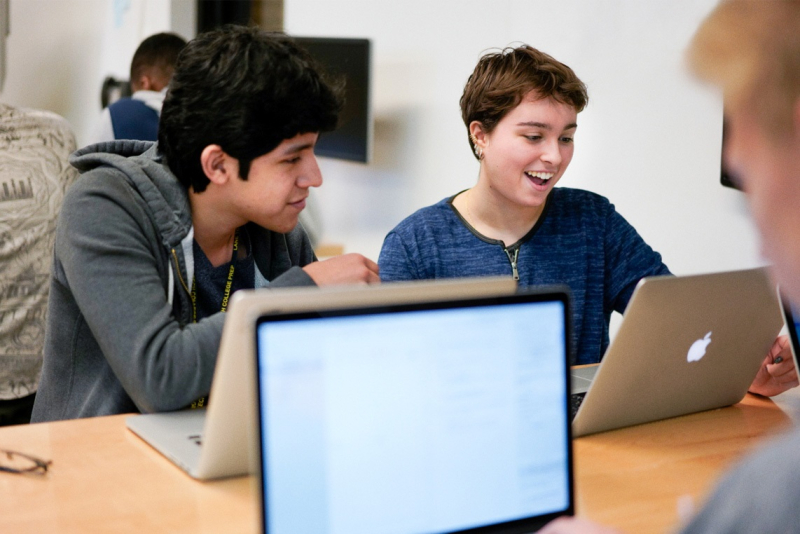 Apple, which has a 40-year history in education, also plans to accelerate its efforts across the US in support of coding education as well as programs focused on Science, Technology, Engineering, Arts and Math (STEAM).

The iOS app economy has created more than 1.6 million jobs in the US and generated $5 billion in revenue for American app developers in 2017. With demand for coding skills stronger than ever, today there are more than 500,000 unfilled programming-related positions across the country, and the US Bureau of Labor Statistics predicts that by 2020 there will be 1.4 million more software development jobs than applicants qualified to fill them.

To address the coding skills gap and help prepare more people for jobs in software development, Apple created a powerful yet easy-to-learn coding language called Swift, the free Swift Playgrounds app and a free curriculum, App Development with Swift, which are available to anyone and are already being used by millions of students at K-12 schools, summer camps and leading community colleges across the country. Over 100,000 students and teachers have also attended coding classes at Apple retail stores.

Apple will expand these initiatives and add new programs to support teachers and teacher training. The company is also increasing funding for its ConnectED program, so students in historically underserved communities have a chance to learn app coding skills and enjoy other benefits of technology in the classroom.