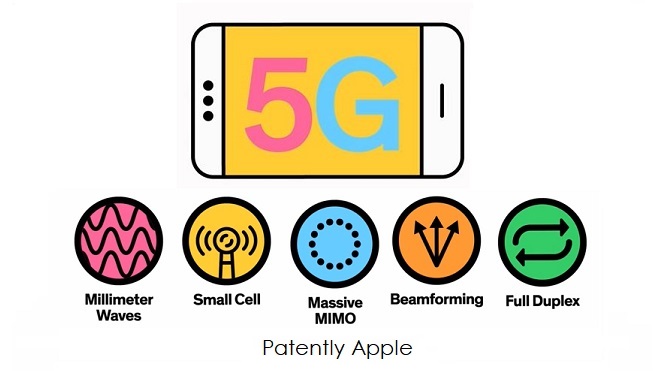 In May 2017 Patently Apple posted a report about Apple seeking a license from the FCC covering new Wireless Millimeter Wave Technology that supported an Apple patent application filed in 2015 that was published in April 2017. Since that time Patently Apple posted three additional reports on Millimeter Wave technology (one, two) with one titled "Apple Patent reveals the use of Millimeter Wave Antennas in Future iPhones for 5G Networks & Wireless Charging." Earlier this month AT&T announced that it would launching 5G networks in a dozen U.S. markets later this year. So Millimeter Wave antennas will be needed in iPhones to take advantage of these networks. 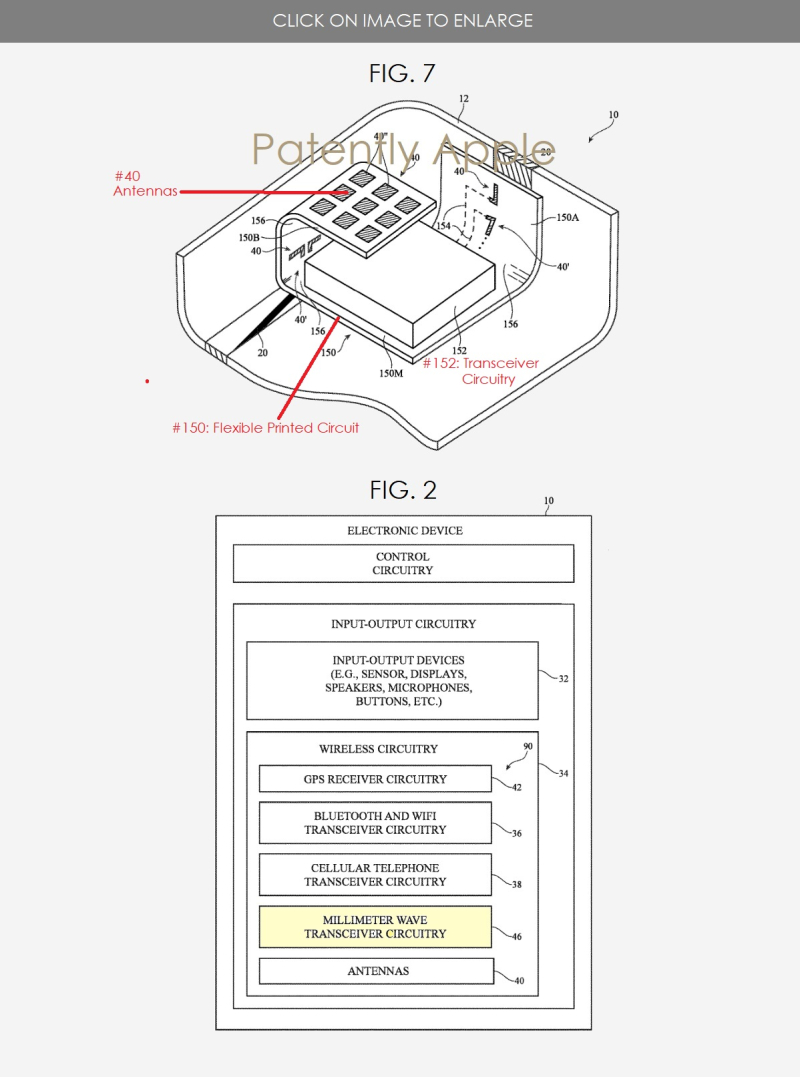 According to Apple's filing, the new millimeter wave antennas could be used in future Apple devices such as the iPhone, iPad, MacBooks, Apple Watch, AirPods and Beats headsets. Apple further notes that the antenna could be embedded in smartglasses, vehicles or a television.

To avoid disrupting communications when an external object such as a human hand or other body part of a user blocks one or more antennas, antennas may be mounted at multiple locations within the device's housing.