The U.S. Patent and Trademark Office officially published a series of 44 newly granted patents for Apple Inc. today. In this particular report we cover a patent focused on the Apple Watch heart path optimizer that uses PPG sensors on the backside of the watch. At the end of our report we wrap it up with our traditional listing of the remaining granted patents that were issued to Apple today.

Apple's newly granted patent covers their invention relating to processing of a photoplethysmogram (PPG) signal and for determining the most probable heart rate at various times within a sampling time interval.

More specifically, the granted patent covers a photoplethysmogram (PPG) signal that may be obtained from a pulse oximeter, which employs a light emitter and a light sensor to measure the perfusion of blood to the skin of a user. However, the signal may be compromised by noise due to motion artifacts especially artifacts caused by acceleration. That is, movement of the body of a user may cause the skin and vasculature to expand and contract, introducing noise to the signal. To address the presence of motion artifacts, examples of the present disclosure can utilize an accelerometer to measure movements of the user and signal processing of the PPG signal in combination with the accelerometer signal to at least partially compensate for unwanted artifacts. 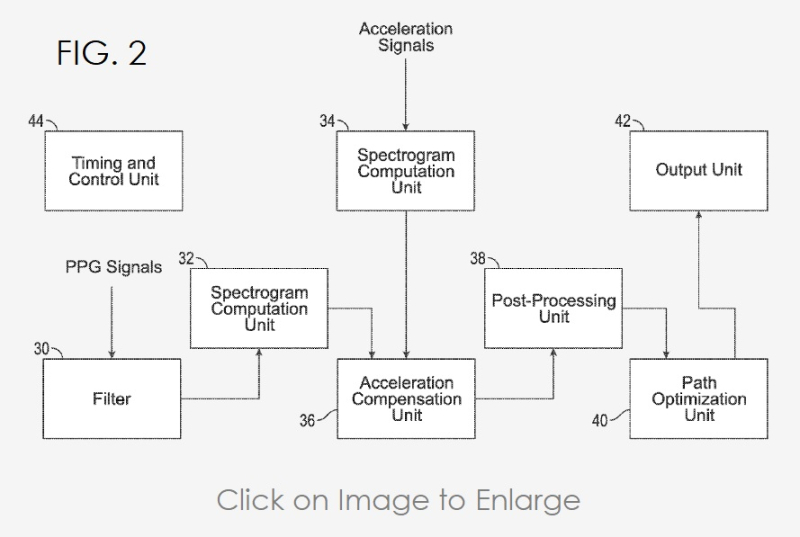 Apple's granted patent 9,867,575 was originally filed in Q and published today by the US Patent and Trademark Office. 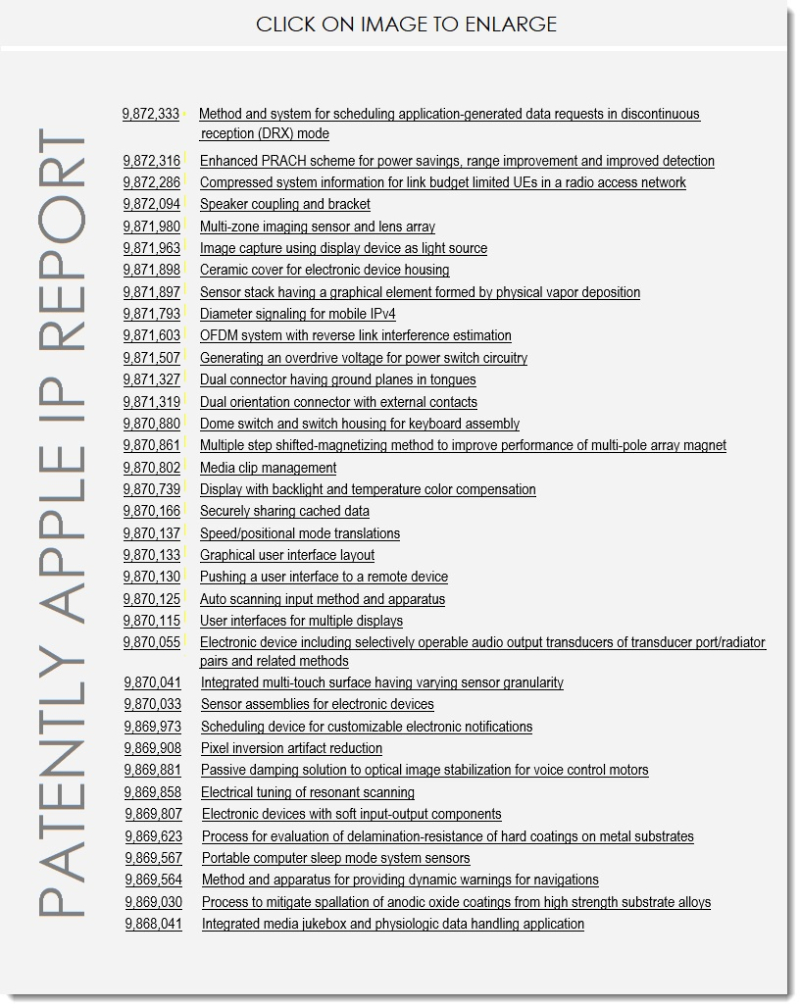