Home Archives Contact Us Subscribe Twitter MeWe Facebook Patently Mobile
Big Day for Apple's AirPod Case as the U.S. Patent Office Grants Apple Five Patents for their Popular Accessory
Apple's SVP of Software is applying the Brakes on a String of iOS Features and rescheduling them for 2019

Apple Won 42 Patents Today Covering the Technical side of the iPad Pro Keyboard, an Apple Store Monitor and more

The U.S. Patent and Trademark Office officially published a series of 42 newly granted patents for Apple Inc. today. In this particular report we cover Apple's iPad Pro Smart Keyboard, design patents for an Apple Store monitor and Apple's iPhone lightning dock. We wrap up this week's granted patent report with our traditional listing of the remaining granted patents that were issued to Apple today.

The keyboard may be mounted at one end of the cover and a connector that mates with the portable device may be mounted at an opposing end of the cover. A flexible fabric signal path structure may be used to route signals between the keyboard and the connector. The flexible fabric signal path structure may overlap the bend axes of the body and may accommodate bending along the bend axes. 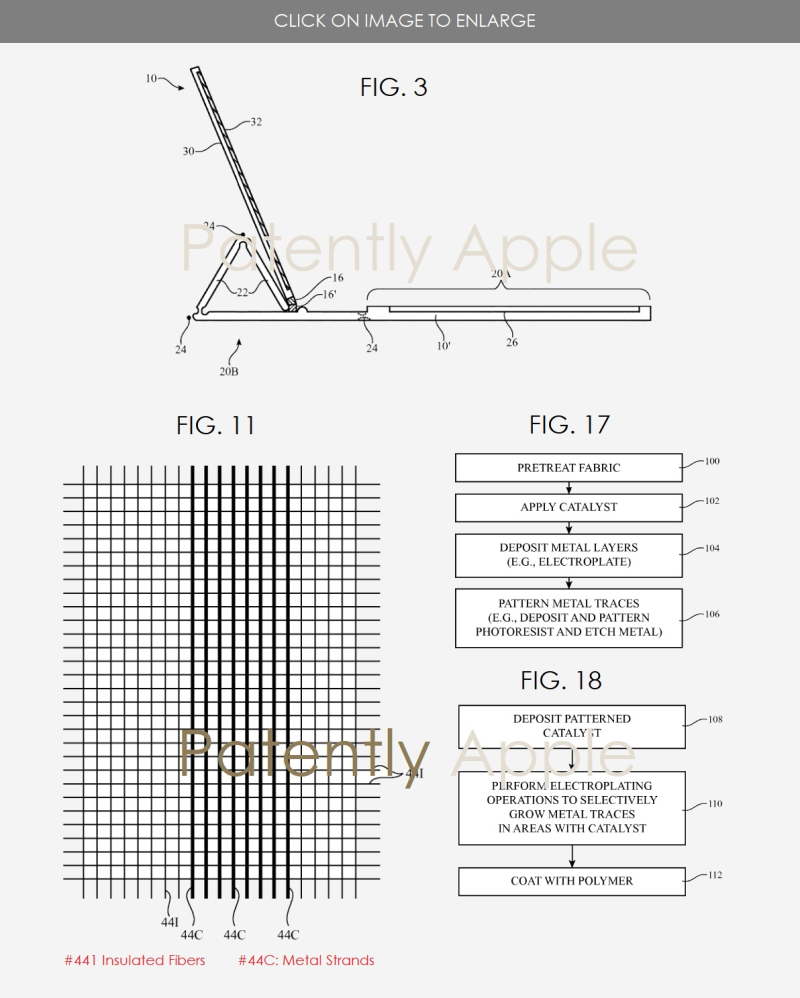 Apple's granted patent 9,883,583 was originally filed in Q3 2015 and published today by the US Patent and Trademark Office.

Apple was granted three design patents today. The two noted in the graphic below cover an Apple Store Monitor and an iPhone Lightning Charger. One of the Inventors of the Monitor is Bill Bergeron-Mirsky R&D Manager, Retail Design. The third design patent was for Apple's now defunct iPod nano. 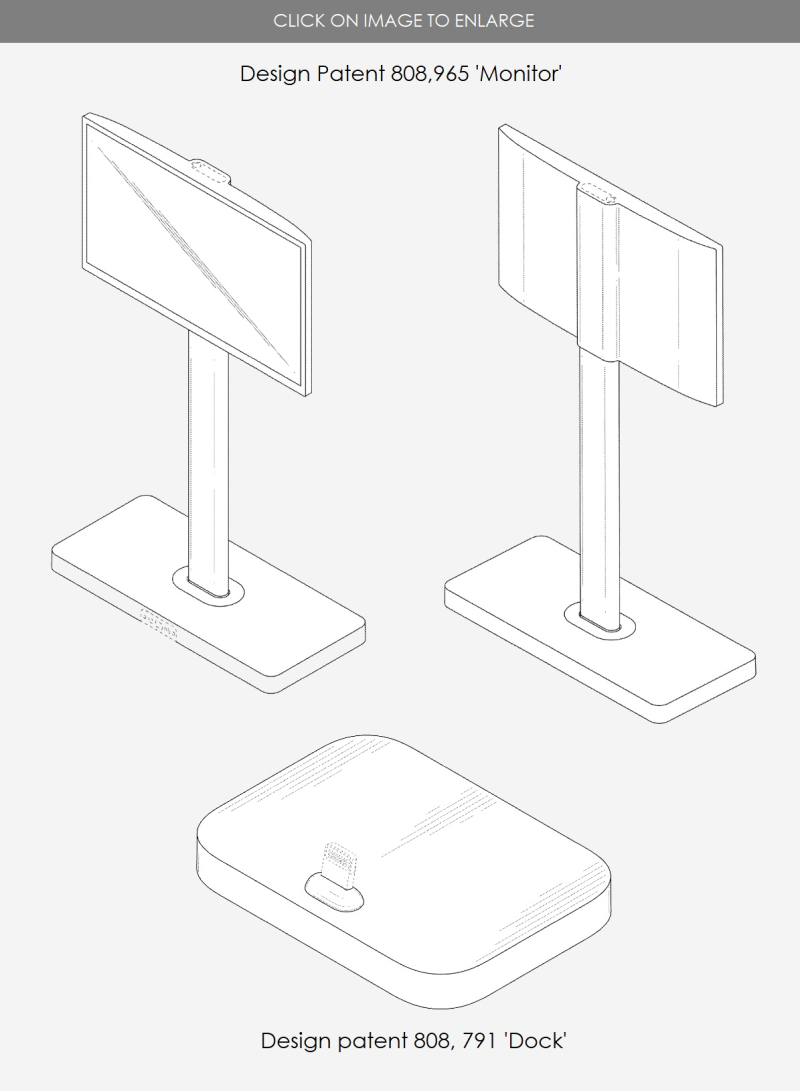 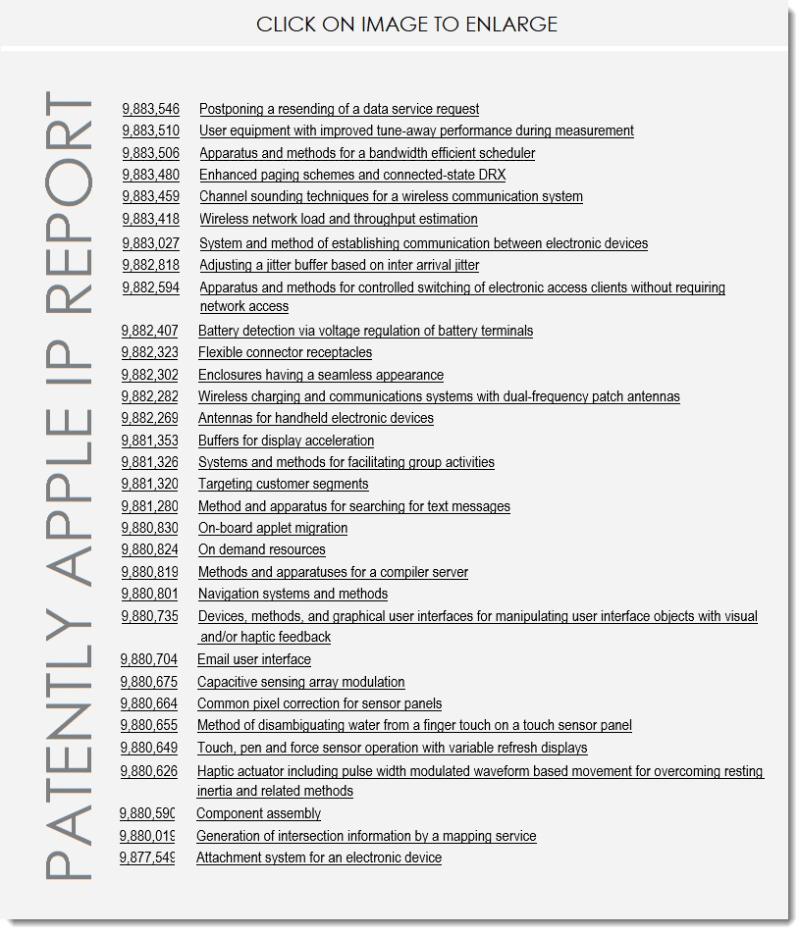