The U.S. Patent and Trademark Office officially published a series of 46 newly granted patents for Apple Inc. today. In this particular report we cover a design Patent for iPhone X. Apple filed it in November 2016 so that it could be approved shortly after its launch. In this case, I don't think any OEM will try to match Apple's notch design. Apple was also granted an early concept patent for CarPlay with turn-by-turn navigation.

Apple announced the iPhone X on September 12, 2017, alongside the iPhone 8 and iPhone 8 Plus at the Steve Jobs Theater in the Apple Park campus. The phone was released on November 3, 2017. This iPhone marks the device's tenth anniversary, with "X" being the symbol for "ten" in Roman numerals. 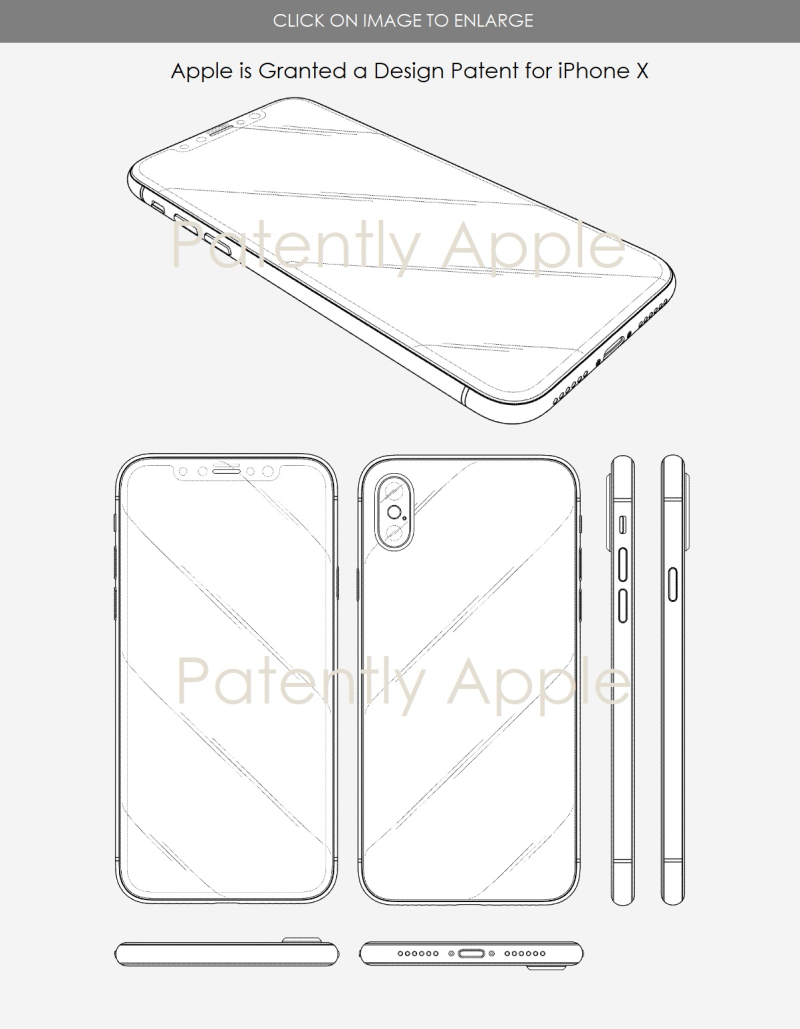 The iPhone X is intended to showcase what Apple thinks is technology of the future, specifically adopting OLED screen technology for the first time in iPhone history, as well as using a glass and stainless-steel form factor, offering wireless charging, and removing the home button in favor of introducing Face ID, a new authentication method using advanced technologies to scan the user's face to unlock the device, as well as for the use of animated emojis called Animoji. The new, nearly bezel-less form factor marks a significant change to the iPhone user interaction, involving swipe-based gestures to navigate around the operating system rather than the typical home button used in every previous iteration of the iPhone lineup.

This is the first granted design patent for iPhone X issued by the U.S. Patent Office under number D806,705. Apple originally filed their application back in November 2016.

Apple's newly granted patent covers their invention relating to Maps for CarPlay. Apple notes that the navigation presentation includes an animated map showing at least a portion of a route to a destination. 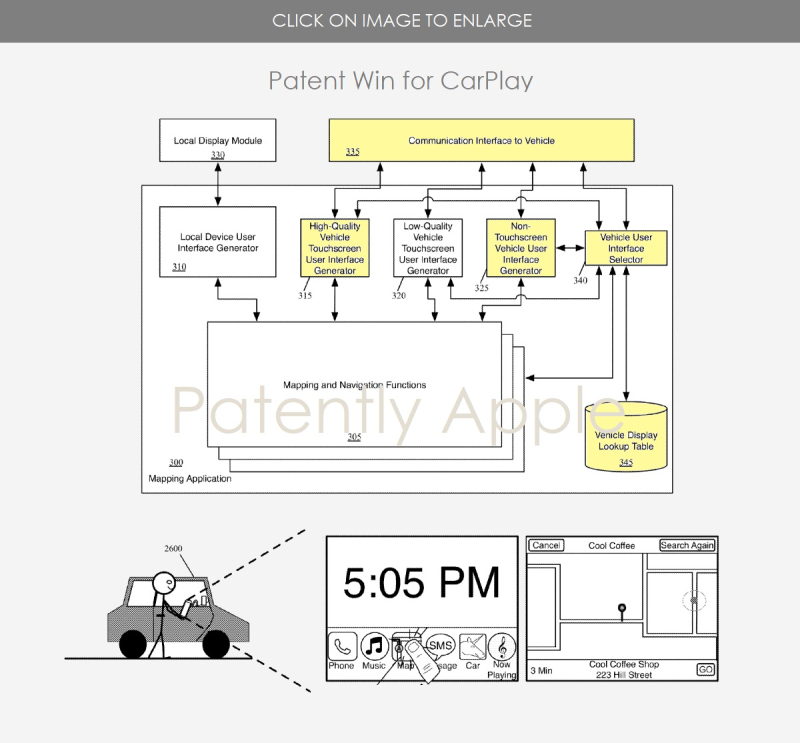 Apple's granted patent 9,857,193 titled "Mapping application with turn-by-turn navigation mode for output to vehicle display" was originally filed in Q4 2013 and published today by the US Patent and Trademark Office. For details on this granted patent click here.